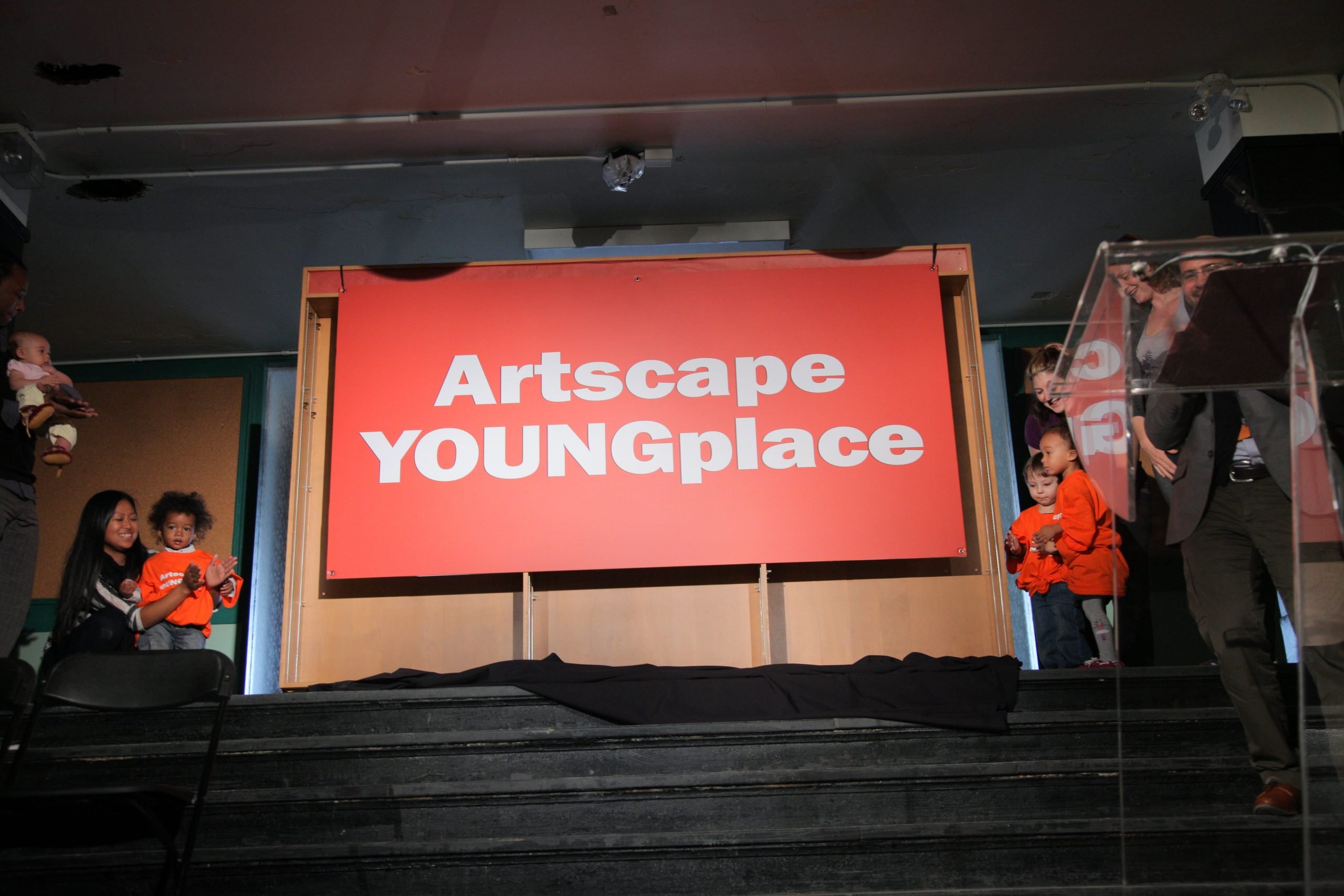 This morning Artscape supporters, Board and staff gathered at the historic Shaw Street School to celebrate the official groundbreaking and naming ceremony of Artscape Shaw Street Centre. MC’d by Artscape Foundation Chair, Mazyar Mortazavi, the event heralded the announcement of the Centre’s new name and the second round of tenants and owners.

Artscape Board of Directors Chair, Robert Foster announced the lead $2 million gift from The Michael Young Family Foundation towards the transformation of the school into a centre for creative collaboration. The new name, Artscape YOUNGplace, was unveiled with the help of young participants from College Montrose Children’s Place.

Here are some of our favorite moments of the morning.
Find more photos on Flickr.