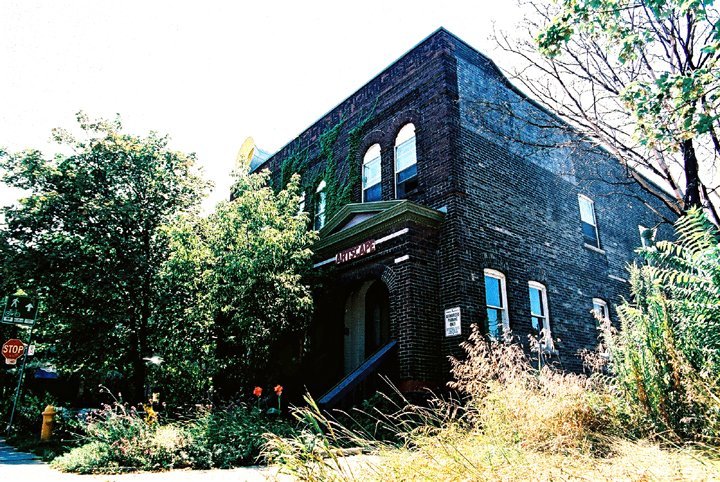 Opened in 1991, Artscape Liberty Village was created in partnership with Toronto Economic Development Corporation. In an open letter to friends, supporters and tenants, Artscape CEO Tim Jones announces that it will close at the end of November.

It is with great sadness that we announce the closure of Artscape’s building at 60 Atlantic Avenue. Artscape Liberty Village opened in 1991 and was our second multi-tenant development project in the city. Created in partnership with Toronto Economic Development Corporation, it provided 48 affordable artist studio spaces over approximately 30,000 square feet to a talented group of painters, sculptors, musicians, new media artists, designers and a number of not-for-profit arts organizations. In addition to providing a safe and secure workspace to tenants, Artscape Liberty Village helped them save close to $5 million in rent over its 21 years in operation.

Unlike newer generation projects, Artscape Liberty Village was not set up in a way that guaranteed long-term sustainability. In 2005, TEDCO and the City of Toronto made it clear to Artscape that the annual operating subsidy required to keep rents below market needed to end. Over the ensuing seven years, every effort was made to explore redevelopment of the site in a way that would preserve affordable arts space. Sadly, none of these plans came to fruition and while the end was forestalled for a significant period of time, Artscape’s lease and those of its tenants were terminated effective November 30, 2012.

While Artscape is proud of its work in making space for creativity and transforming communities, we are not immune from the pressures of the real estate market. We are particularly concerned about the loss of low cost raw studio space in downtown Toronto and have made it a priority to address this in future projects. While Artscape just opened Daniels Spectrum in Regent Park and has four other projects under construction (including the adaptive re-use of the former Shaw Street School opening next summer), the closing of one of our first projects is painful. Over the last six months, we have done our best to accommodate Liberty Village tenants in existing projects or help them find alternative spaces. Please join my colleagues and me in remembering the legacy of Artscape at 60 Atlantic Avenue and wishing the best for our former tenants at Artscape Liberty Village.

Aftermath, an exhibition by AGP tenant Stephen Andrews, at the McMichael Gallery

On January 21, Artscape Wychwood Barns will be hosting a public film screening of The…