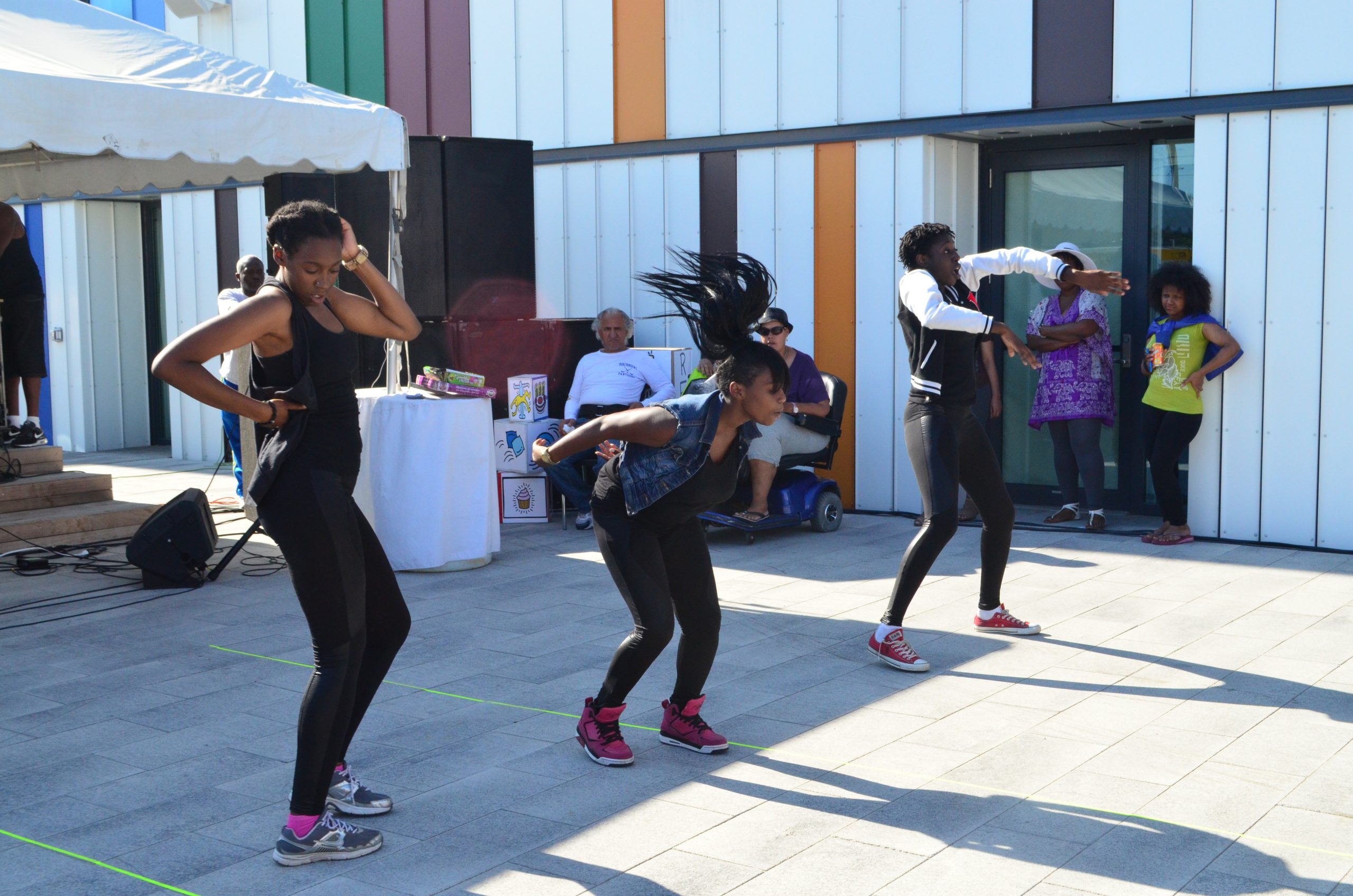 Lisa is one of two paid interns spending ten months at Daniels Spectrum thanks to The Ralph M. Barford Foundation. The internship is set up to provide hands-on training and experience in programming, outreach, stakeholder relations, team management and communications. Currently in her fourth month on our team, Lisa played a key role in this year’s Block-O-Rama.

Block-O-Rama has always been a youth-driven initiative, and I worked with my colleagues to make sure we had a strong youth presence during the planning stages and at the actual event. The Daniels Spectrum Youth Sub-Committee, made up of youth from the community and their allies, became the backbone of putting together Block-O-Rama 2013. We met regularly to hash out ideas and carefully orchestrate an event that the entire community would be proud of. We also worked with various community agencies and long-time event partners, such as Dixon Hall and the Regent Park South Side Community Centre, to carry out this event. The wisdom of Kenneth Slater of Dixon Hall in particular gave the Youth Sub-Committee members confidence, and graphic designer Izzy Rashid inspired us all with his ideas.

Planning was relatively smooth (for me, it was a beautiful experience to have as an intern), but we did encounter a few challenges that related to the transitions going on in the neighbourhood. There is a lot of change afoot in Regent Park these days, and the transformation of Regent Park was a topic of conversation among the youth involved in the event. After lots of talking, we chose the theme for this year’s event: “Own the Block.” We felt this phrase represented well what we wanted to do—to colourfully animate our community space amidst all the commotion of construction.

And Own the Block we did.

Block-O-Rama featured a mix of vendors from the community and across Toronto. Among them, representing the beautiful diversity of Regent Park, were residents Sharon and her amazing Jamaican food, Raheema and her delicious kulfi and Moya showcasing her folk art. 1 LOVE T.O., Urbanology Magazine and the Toronto Raptors were also there to show the community some city love. Pan Am Games was among the organizations there to lend some fun activities for the kids as well as Dixon Hall’s classic Block-O-Rama games to animate the space.

But it was the Performance Showcase later on that evening that brought crowds of people to witness the amazing talent Regent Park has to offer. Steve Harmony and Randy serenaded the crowd with R&B melodies, Toronto’s Unbuttoned hypnotized the audience with their hit songs and the JHodiBoddy fashion show was the halftime entertainment. Closing the Showcase was a dazzling performance from the members of the Ada Slaight Youth Arts Mentorship Program. I was so proud of them all, and their incredible showcase made me reflect on the importance of having a venue for creative exploration and growth in the community.

With back-to-back excitement filling the day, it’s no wonder why Regent Park residents are already eagerly anticipating next year’s Block-O-Rama. The Regent Park neighbourhood is changing in so many positive ways—the exuberant creative talent on display at Block-O-Rama is a way to celebrate this community that will always remember its past while forging ahead into its bright future.

am I wrong to love? An exhibition on the LGBTQI refugee experience at Daniels Spectrum

On display until the end of July, am I wrong to love? An exhibition on…

Dear Artscape Community and friends, I’d like to provide an update on how Artscape is…

Daniels Spectrum damaged in fire May 30

On Wednesday, May 30, fire broke out within Daniels Spectrum in Regent Park. The building suffered…