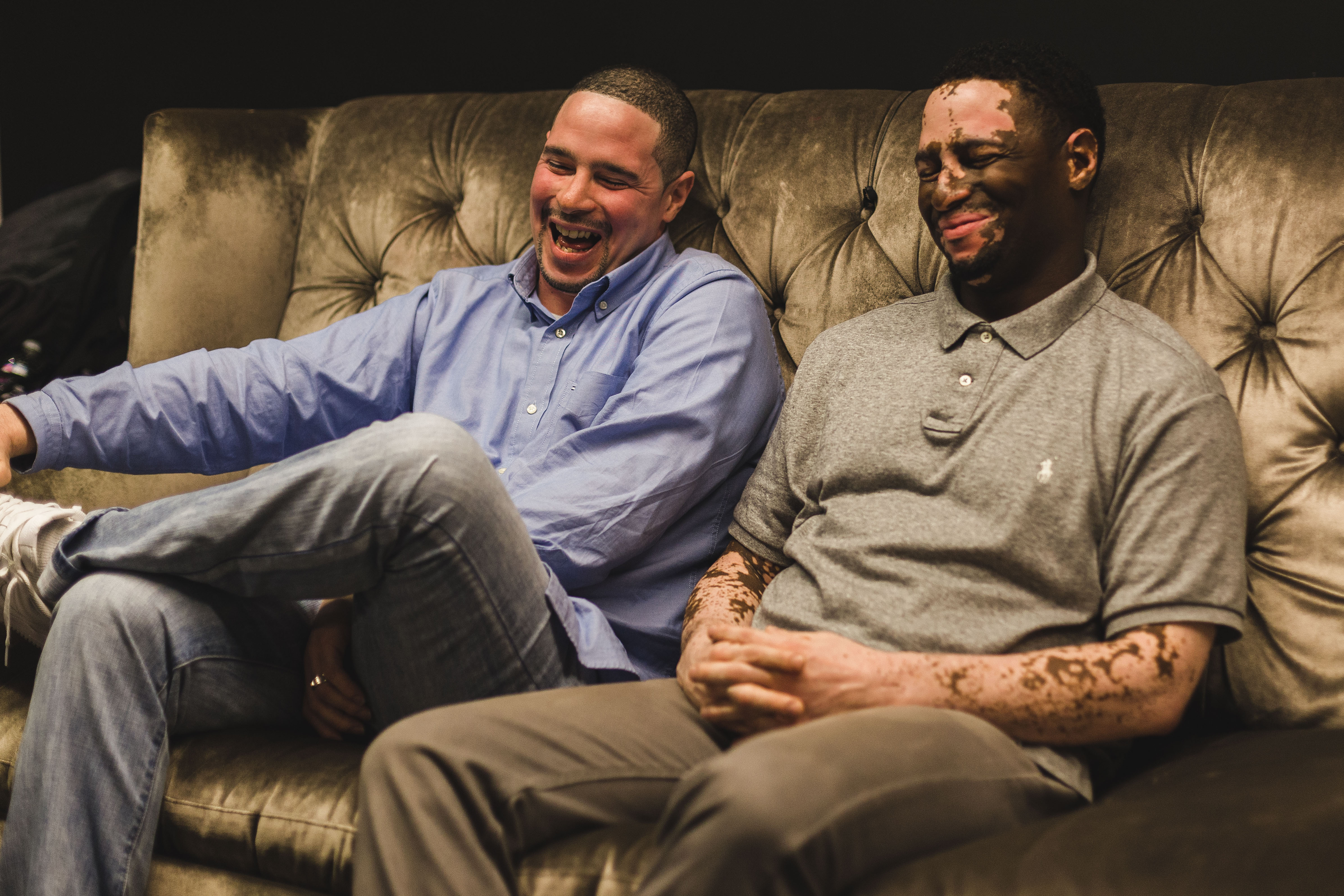 Jason and Jermyn Creed talk mentorship, loving their community and how the next generation is giving back

Jason and Jermyn Creed are practically celebrities in Regent Park. Teens mob them for high fives outside of the Pathways to Education office where the twins are employed as youth workers. “We call it being a hood superstar,” says Jermyn with a laugh. In their years working at Pathways (Jason: 12; Jermyn: 7), they have helped countless youth navigate their way through high school, both inside and outside of the classroom, and pursue their post-secondary goals.

The Creed brothers are part of a strong tradition of youth mentorship and community leadership in Regent Park. They follow in the footsteps of other legendary youth workers like Kenneth Slater, Nation Cheong and Lucky Boothe, all of whom have been employed at one time or another at Dixon Hall.

Jason credits the persistence of Debra Dineen for getting him his first full-time job with benefits at the health centre and later for hounding him into applying for his current position at Pathways. “She saw something in me that I didn’t know I had in myself,” he says. Jermyn says that Nation actually saved his life, offering him work at Dixon Hall’s homeless shelter when he was one paycheque away from being homeless himself. It was seeing his brother Jason’s success as a youth worker at Pathways that eventually convinced him to make a career change.

“We did walk the rough road that we tell kids not to walk,” says Jermyn. “But when we were ready to be the men we were supposed to be, our community was fully there to support us.” 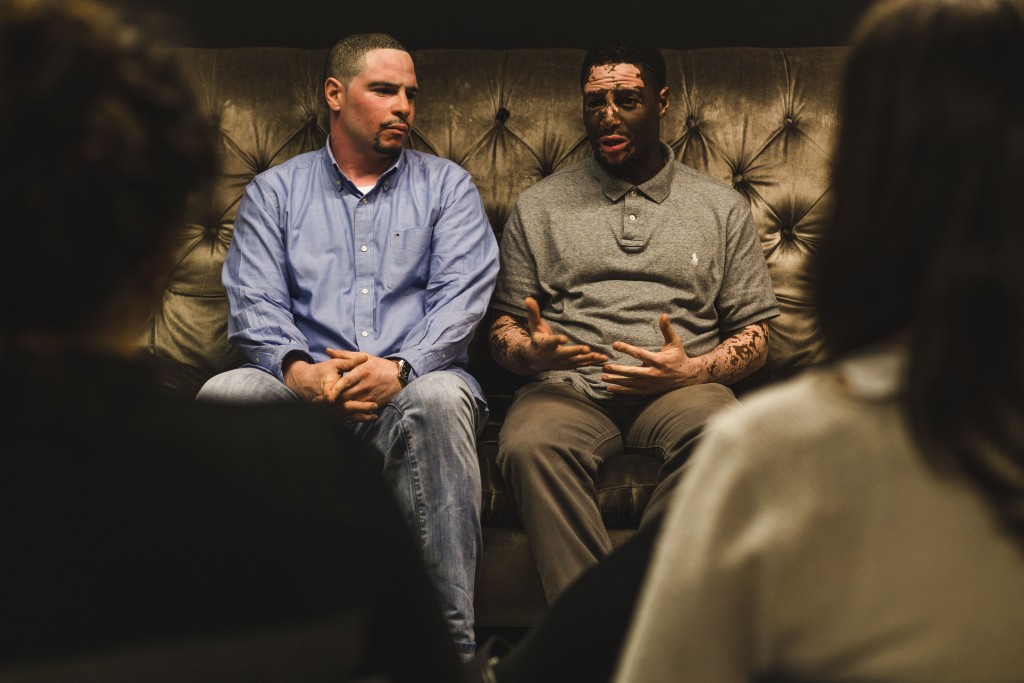 Jason and Jermyn’s personal history in Regent Park is not just what fuels their passion, it’s what gives them credibility. Young people trust the Creeds because they have experienced the same challenges and overcame the same barriers. “I didn’t learn this from no teacher. What we do comes from the heart. One thing I’ve always said is, real recognizes real. That’s the reason we can get to so many youths,” says Jermyn.

As Student Parent Support Workers at Pathways to Education, Jason and Jermyn are responsible for monitoring a student’s grades and school attendance, helping them choose a career path and motivating them to succeed. That can mean tough love for students who show up to their offices with poor grades and bad excuses. But, as Jason explains, youth need strong adult role models to hold them accountable for their actions. “When I stop cussing you, or congratulating you, it means I don’t care,” he says.

Though the brothers have built a career helping students achieve academic excellence, neither have a post-secondary diploma; in fact, Jason dropped out of high school after grade 10. They took some classes at Ryerson School of Social Work but decided not to continue because of how the program discouraged social workers from becoming too personally invested in their work.

“Is that what you tell the fireman when he’s running into the building?!” Jermyn interjects. 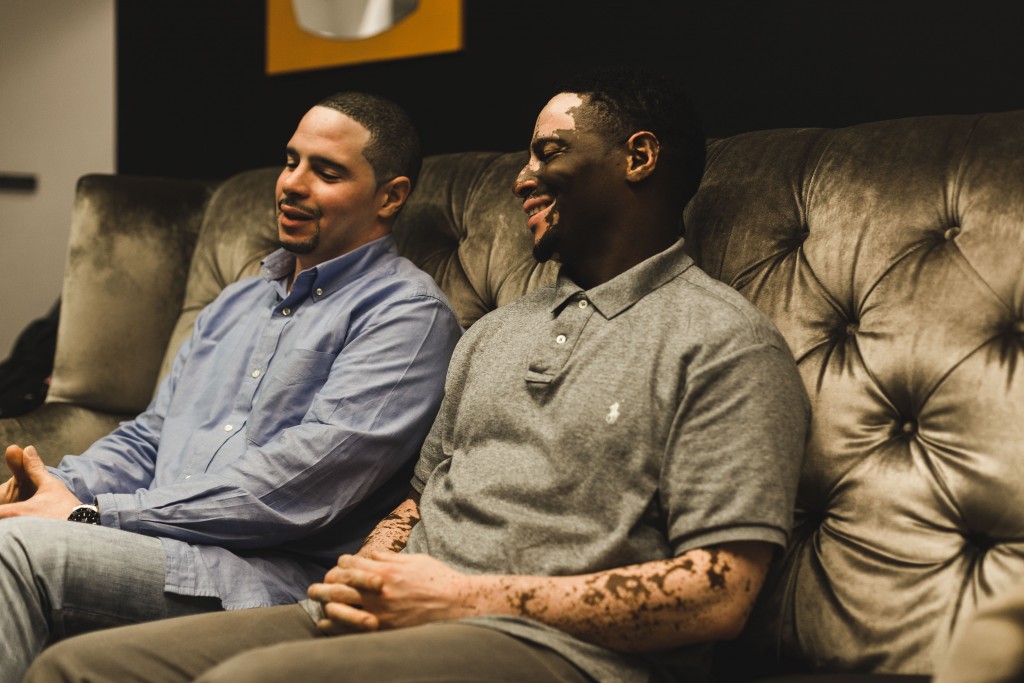 Jason and Jermyn don’t consider the work they’re doing a typical nine-to-five job. They feel that it is essential to make themselves fully available to the youth in Regent Park, 24 hours a day, so that they can intervene in times of crisis.

“Some of my students who are in danger, who have risky behavior, those kids have my number and when they need me I’ll pick up my phone. Why? If Kenneth, Lucky and Nation didn’t pick up their phones for me, I wouldn’t be where I am right now,” says Jermyn.

For the Creed brothers, one of the most rewarding things about being youth workers is watching the youth they mentored become mentors themselves. The current generation of youth in Regent Park are finding new ways to achieve their dreams and give back to their community. “They’re kind of living the way I wanted to live growing up, but we didn’t have those outlets,” Jason says.

The new crop of youth mentors includes people like 23-year-old Jamal Burger, aka. Jayscale, who has achieved Instagram fame with his daredevil rooftop photography. Last year, he used his connections in the streetwear industry to organize a shoe drive for kids in Regent Park. Fellow photographer Yasin Osman, 24, has combined his love of the lens with his skills as an Early Childhood Educator to start a photography program for youth called #Shoot4Peace. Trevlyn Kennedy, 23, uses her talents as an actress and spoken-word artist as one of the stars of The Journey and as a dance and drama instructor at the Regent Park Community Centre and Dixon Hall.

“This is the new Regent Park,” says Jason. “You know, at one time everybody was chasing money. So it’s great to turn around and see people chasing passion and actually wanting to help youth… Mentorship is everywhere around.”

Jason and Jermyn Creed are two of the community builders who inspired The Journey: A Living History of the Regent Park Revitalization, a spirited musical based on the story of three young people living in the Regent Park neighbourhood. Find out more at www.JourneyRegentPark.ca.

The Journey raises over $1M for youth arts programming

From November 7-10, the stage in Ada Slaight Hall came alive at Daniels Spectrum for…