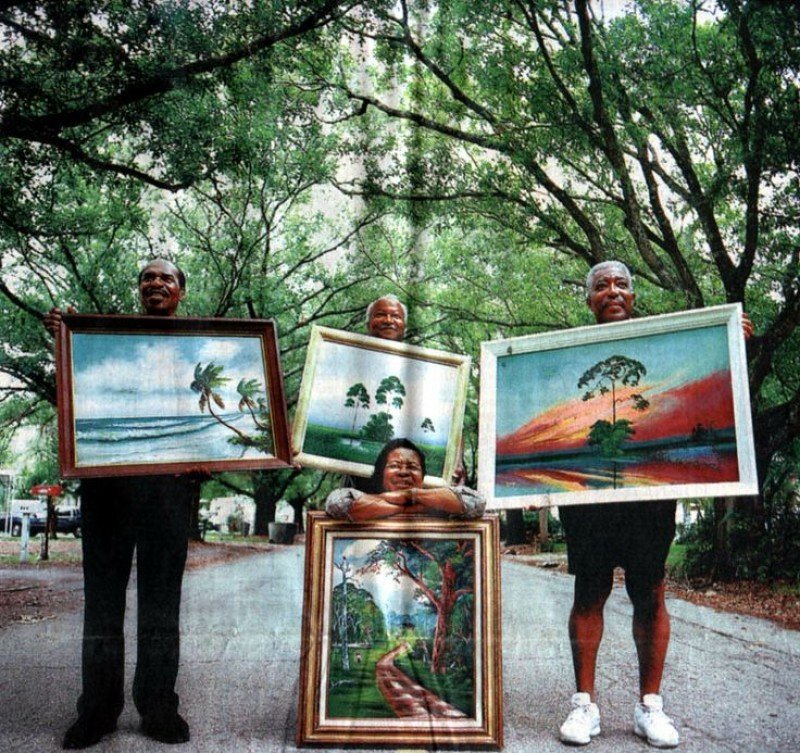 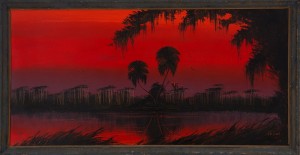 For the month of February, Daniels Spectrum is celebrating Black History Month by mounting a major selection of original paintings from the historic and celebrated Florida Highwaymen. The exhibit will be supported by 26 commissioned portraits of each of the Florida Highwaymen, created by contemporary Canadian contemporary artist Peter Shmelzer. Together, their work represents the intersection of innovation, entrepreneurship and personal and civil resilience.

An Opening Reception for the exhibition will be held at Daniels Spectrum on Thursday, February 9 from 6pm to 10pm. The exhibitions are open to the public daily (Mon–Fri 8 am – 9pm, Sat–Sun 10am – 6pm) from February 9 – March 12, 2017 in our Hallway Galleries.

The exhibition brings together 30 original pieces created by the Florida Highwaymen, a group of 26 self-taught African-American landscape painters that formed during the mid-1950s in Fort Pierce, Florida. Their careers took shape during the violent social conditions of the Jim Crow South, where pursuing a career as an artist presented an alternative to working in citrus groves and labor camps. The name “highwaymen” stuck because their work was originally shunned by local galleries during segregation, forcing these entrepreneurs to sell their art from car trunks along Florida’s highways and door-to-door. To keep costs down, the artists used Upson board for their canvases, and window moldings for their frames. Between 250,000 and 400,000 of these paintings were sold, typically for no more than $35 each.

The artists developed a mode of impressionism with an undeniable and necessary social consciousness. The remarkable use of colour, interpreted as a form of escapism from the racial tensions of the time, give each seemingly neutral image a spectacular, almost ethereal quality. Each work becomes an emblem of longing, looking towards nature to envision a new American life.

All works in this exhibition have been generously loaned to Daniels Spectrum by Tony Hayton, an Ottawa-based Canadian art collector who was introduced to the Highwaymen in 2000.  “I call them the last great American art movement of the 20th century”, Hayton says in admiration. “I believe that people are going to look back on these artist 50 years from now and say that was a special period of time.”  Hayton and the only female Florida Highwayman, Mary Ann Caroll, will be present at the at the opening reception.

From his collection of 80 original Florida Highwaymen paintings, Tony has lent individual works to a number of small shows and exhibitions, but longed for an opportunity to show to a larger group. His persistence caught the attention of Vicki Heyman, wife of current US ambassador to Canada and an enthusiastic patron of American art. The opportunity manifested itself into two widely received exhibits at the Montreal Art Centre (May 2016) and the SAW Gallery in Ottawa (February 2016).

We thank Mr. Hayton for his dedication to the preservation of the legacy of the Florida Highwaymen and are honoured to have been chosen as the final Canadian stop for the exhibition. Daniels Spectrum’s Hallway Galleries aims to support and showcase underrepresented artists and artists of colour from a variety of disciplines. The exhibition intentionally coincides with Black History Month as a means to encourage cross-cultural dialogue on topics that range from black history, contemporary racial politics, and strategies for social justice in the future.

b current performing arts, a theatre company producing work by and about the Black and Brown diaspora,…

On Saturday, Sept. 19, the 2nd annual Artscape Award was presented at the Toronto Outdoor Art…