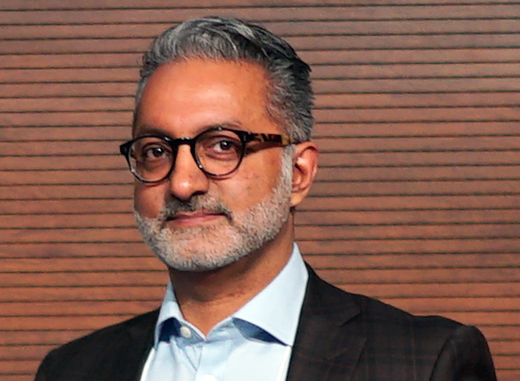 Artscape announced today the appointment of Karim Rahemtulla as the Managing Director of Artscape Daniels Launchpad. As an integral member of Artscape’s senior management team, Karim will play a critical role in all aspects of Artscape Daniels Launchpad, starting with the transition to operations and continuing as lead on the overall operation of the organization’s new centre for creative entrepreneurship in the Daniels Waterfront – City of the Arts complex, currently under construction.

Karim Rahemtulla comes to Artscape with a diverse professional history and global outlook from his years engaging with the cultural landscape in North America and overseas. He is a graduate of the Ivey Business School Executive MBA program and current Chair of Social Venture Partners in Toronto. Starting in 2009, Karim led the start-up of the Aga Khan Museum in Toronto including its strategic planning, ensuring cohesion and congruence between its program, operations and functional design. In 2010, he was appointed Executive Officer and Secretary to the museum’s Steering Committee (Interim Board).

“With the opening of Artscape Daniels Launchpad just around the corner, Artscape was keen to find someone who can transform the vision of a creative entrepreneurship hub into a place open and alive with artists and entrepreneurs working, collaborating and thriving in their practices.  We are pleased to find in Karim a business leader who not only has tremendous experience in designing and sustaining successful ventures, but who so clearly shares our commitment to positive social impact.” said LoriAnn Girvan, Artscape COO.

Rahemtulla was born in the Congo, raised in Chile and came to Canada escaping the civil war in Chile. His professional career started in healthcare before he acquired his own businesses, which he grew and expanded globally. He then joined the Aga Khan Development Network (AKDN) for 12 years with a series of global assignments that started at the Presidents’ Office at the Aga Khan University and Hospital in Pakistan and led him to help establish the AKDN Syrian program office; work with agencies of the AKDN authoring and implementing globally standardized financial and operating policies and reporting systems with agencies of the AKDN; and manage enterprise system implementations in Africa, North America, Europe and South Asia. Also with the AKDN, Karim went on to provide program and management support on various urban space, revenue generation and community engagement projects including major city parks in Nairobi and New Delhi, and to lead an urban planning and capacity-building program in coordination with the government of Tajikistan. His last engagement with the Aga Khan Development Network was with the Aga Khan Museum. His professional engagements have taken him to over 15 countries worldwide.

“Having grown up in an entrepreneurial merchant family, business has always been an organic part of my life, and I’ve pursued business excellence in many forms. My respect for art, design and creativity runs deep, and my passion is in humanitarian projects and building community. I’m very pleased to now be turning my attention towards Artscape Daniels Launchpad, a space that engages the artist and creative in all of us, as we develop its programming framework, engage stakeholders and create an exciting and collaborative environment for Launchpad members,” Karim said.

A Letterpress Revival at Graven Feather

Last month, a group of lucky Artscape staff were invited to Graven Feather for an…

The finishing touches are being completed, equipment installed, tours given, safety mechanisms tested, all in…