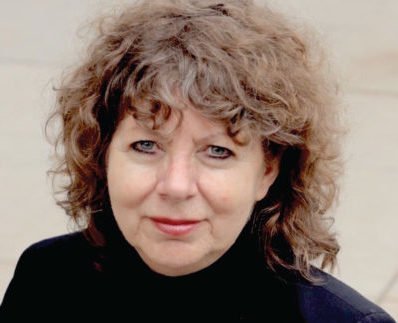 Colleen Murphy, a celebrated playwright, filmmaker and librettist and member of Artscape’s artist community, is one of two Canadians nominated for this year’s Blackburn Prize, a prestigious award for women playwrights. We got in touch to hear her thoughts on this nomination and find out what it means for her practice.

You’ve already won two Governor General Literary Awards for Drama, as well as other awards in theatre and film. What would winning this new award mean to you?

To be nominated is a big honour. To quote Marsha Norman who won for her play ‘Night Mother in 1983, “The Susan Smith Blackburn Prize has done more than any other single force to get plays by women collected and celebrated, but more importantly, produced.”  To be nominated is to stand shoulder-to-shoulder with some of the finest women playwrights in the English speaking theatre world.

Why is a prize for women playwrights so important?

You were nominated by The Stratford Festival/English Theatre and the National Arts Centre. What’s your history of working with these institutions?

Antonio Cimolino, Artistic Director of the Stratford Festival, commissioned my play The Breathing Hole, the play submitted with my nomination. It had its world premiere at the Studio Theatre in Stratford in the summer of 2017, directed by Reneltta Arluk. In the fall of 2015, the National Arts Centre English Theatre produced The December Man (L’homme de décembre), directed by Sarah Stanley.

What can your fans expect next from you?

Last spring I was awarded a New Chapter grant to write a large play about the war in 1759. It’s a big play about humans and animals—papier-mâché animals—caught up in the war in 1759 called The Geography of Fire / La géographie et sa furie. This is what I’m working on and it is consuming me.

The winner of the 2018 Blackburn Prize will be named in early March. To learn more about Colleen Murphy, her work and upcoming shows in production, visit colleenmurphy.ca.

TORONTO, ON – Artscape is proud to announce a partnership with Toronto-based telecommunications company,…