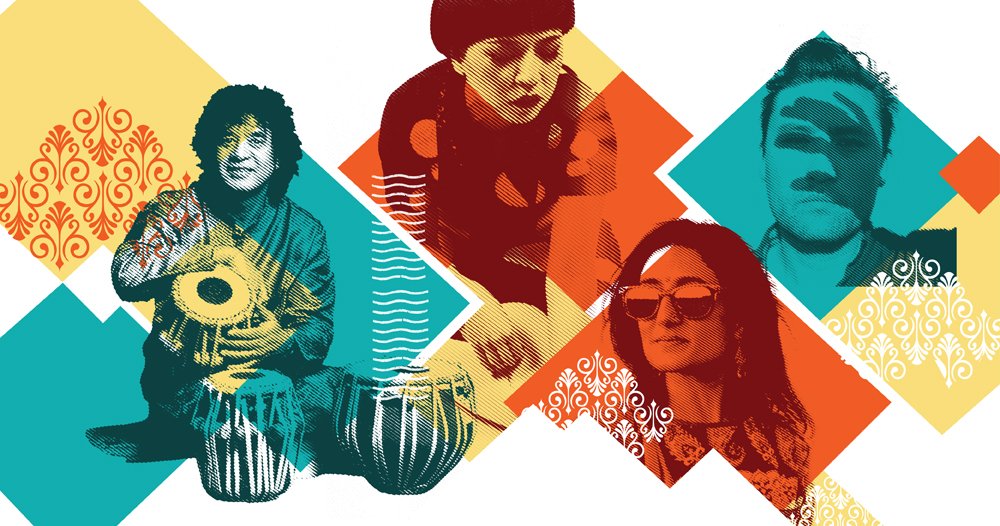 Small World Music, established in 1997, runs the Small World Music Centre at Artscape Youngplace. We caught up with Jess Cimó, Small World’s Marketing Manager, to talk about their 16th annual Asian Music Series, running now from April 6 to May 26, and to get an insider perspective on this small and innovative arts organization.

The Small World Music Society promotes world music activity in Toronto. What are the ways you advance this mission?

We’ve got several streams of activity—some well established and others are new. Our Asian Music Series, which is on right now, is one of the pillars of our programming calendar, along with the Small World Music Festival, which is a mid-August event this year. We’ve also got our new initiative, Polyphonic Ground, where we work with partner organizations like Ashkenaz Foundation and Batuki Music to produce concerts and a conversation series about industry issues. So far with Polyphonic Ground we’re having an amazing time coming together with ideas on growing audiences, and finding ways to provide a platform for diverse voices within live music.

What are some of the highlights of this year’s Asian Music Series?

We’re really excited about the Series this year that celebrates Asian and South Asian Heritage Month. The headline presentation is Kiran Ahluwalia’s LOVEfest, happening at the Harbourfront Centre Theatre on April 14. Kiran Ahluwalia, who is originally from India, and grew up in Toronto, is a progressive singer in the Indian tradition. The show’s theme is “Welcome the Stranger,” and the messaging promotes loving our neighbours and protecting the vulnerable members of society. You won’t see anything else like it—LOVEfest brings together sacred and secular artists from Muslim and Sikh traditions, including Sikh temple singers, who don’t normally present on stage, and Egyptian tanoura Sufi dancers. And that’s just one show!

The other shows in the series also include local and international artists like homegrown JUNO-nominated Autorickshaw on April 21, and Calgary’s Foonyap and New York-based Holy Hum bringing intriguing avant-garde performances May 11 and 12. We’re also presenting April 29 in association with the Royal Conservatory of Music world-famous tabla virtuoso Zakir Hussain and jazz bassist Dave Holland at Koerner Hall grouped with other shows (check out our Small World Explorer Ticket Bundles). There are ten in total, all listed on our website.

What happens at the Small World Music Centre at Artscape Youngplace? What has this studio meant to Small World since 2014, when the organization opened the centre?

Opening the Centre has created incredible opportunities for us to showcase local and international talent. Having our own venue allows us to present artists we believe in, and provide the music community with access to a small venue that comes with marketing support through Small World Music. Performers also receive high-quality multi-track audio, and have the option of three-camera HD video recording. The space is also available as a rental venue. It has been a joy to operate this space, and the realization of a longstanding dream of our Founder and Executive Director, Alan Davis.

Catch Small World Music’s Asian Music Series over the next two months, follow @smallworldnotes on Twitter and sign up to their newsletter for information about concerts, conversations and other programming.

Artists love residencies at Artscape Gibraltar Point for a reason. Whether they’re locals or coming…