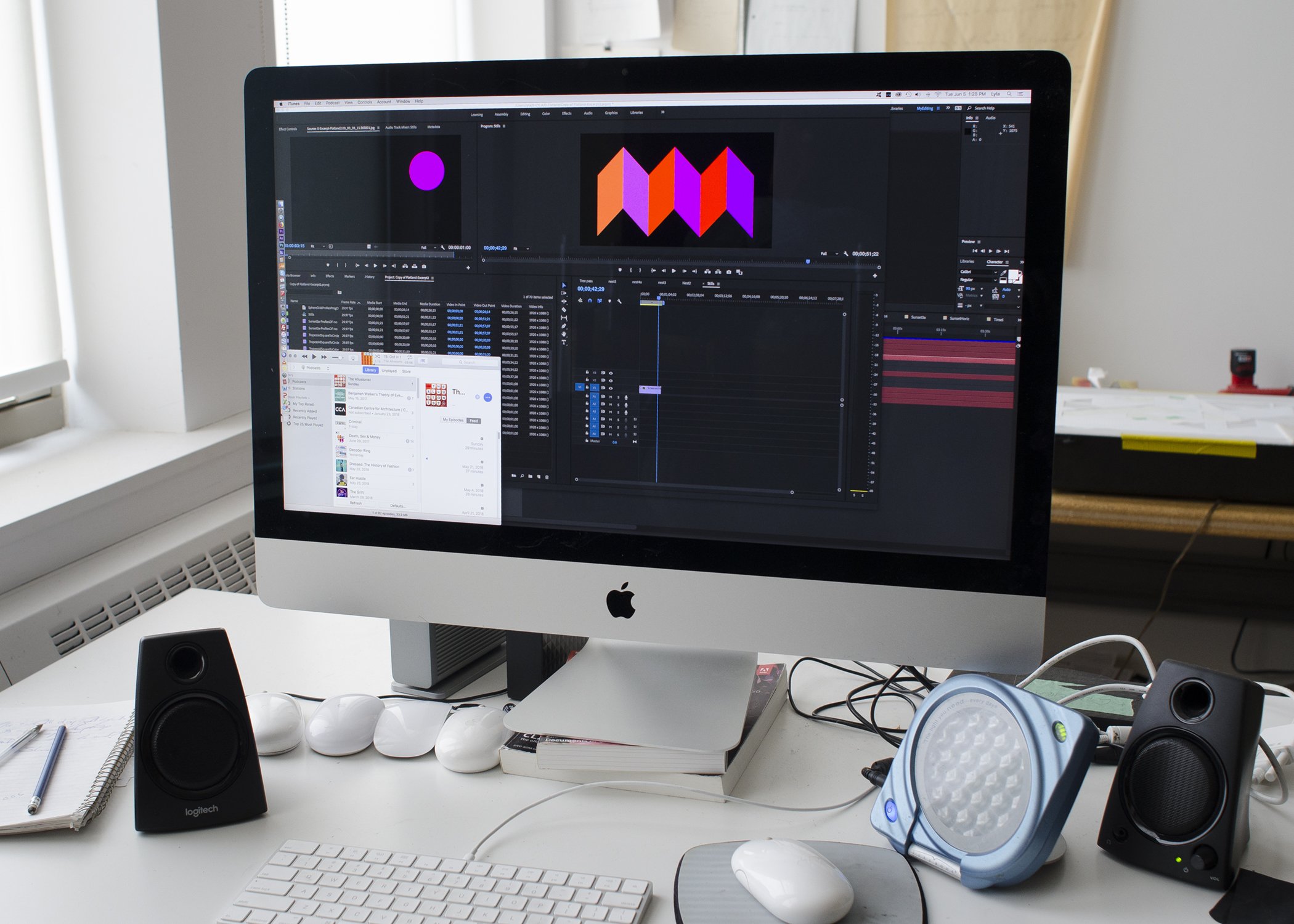 Lyla Rye is the latest subject in photographer Greg Edwards’ portrait series of artists in their Artscape studios.

An artist working primarily in video, Lyla’s artistic practice has evolved over roughly twenty years, encompassing sculptural installation, video installations and single-channel video works. Originally trained in architecture, she is particularly interested in space. Her early work examined how architectural space influences our mood and behaviour, and has since moved into explorations of the relational spaces between people. Her latest works play with the concept of illusionistic space; the two-dimensional representation of three dimensions.

When she’s not working on upcoming exhibitions in her studio at Artscape Youngplace, where she often does site specific installations, Lyla mostly works on videos. In addition to video, she’s creating a collaborative sketchbook project with some far-flung friends—the idea is that one person starts a drawing, and another person has to resolve or complete it. For now, the collaboration is just for fun, but the hope is that it will evolve into an exhibition. 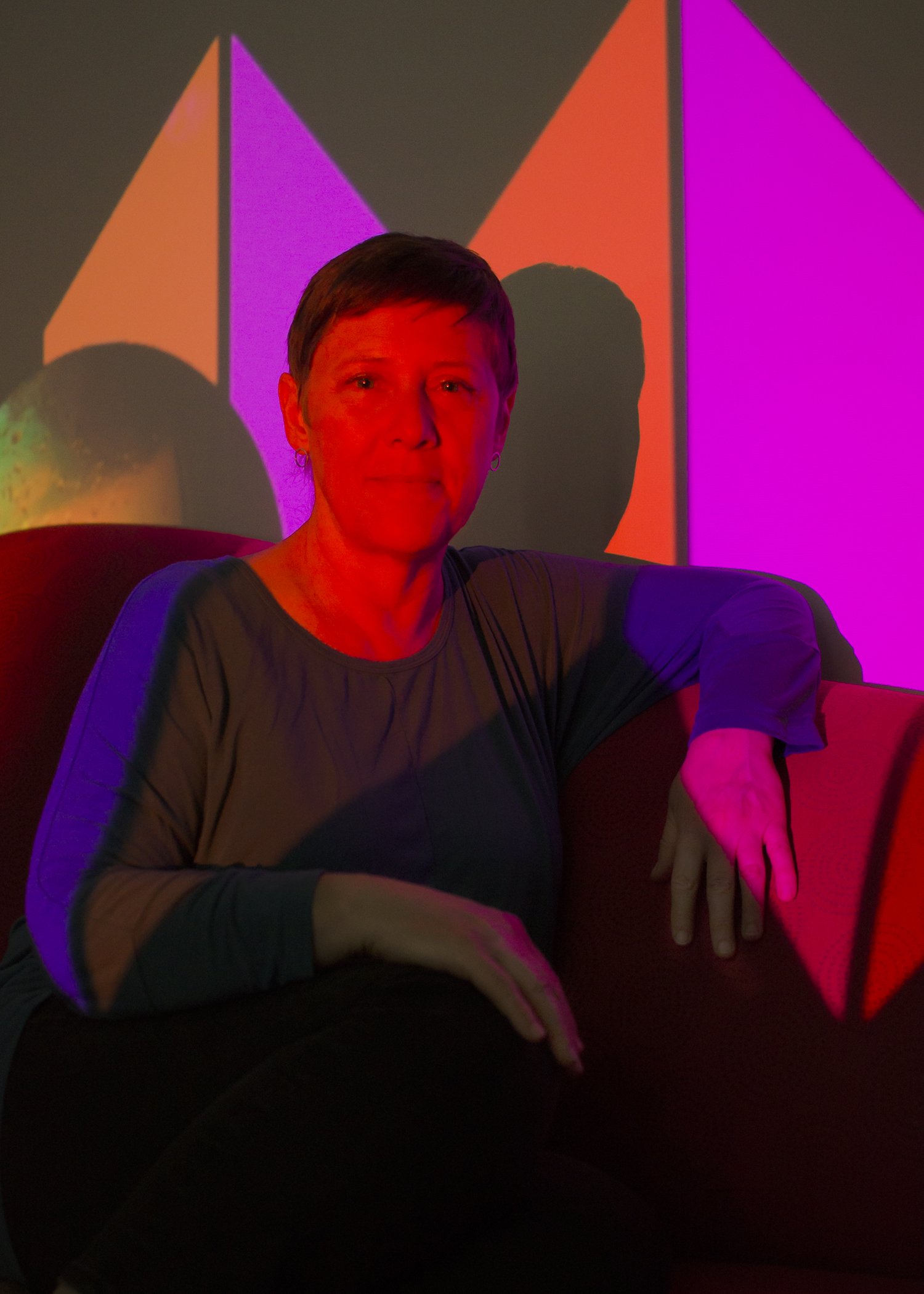 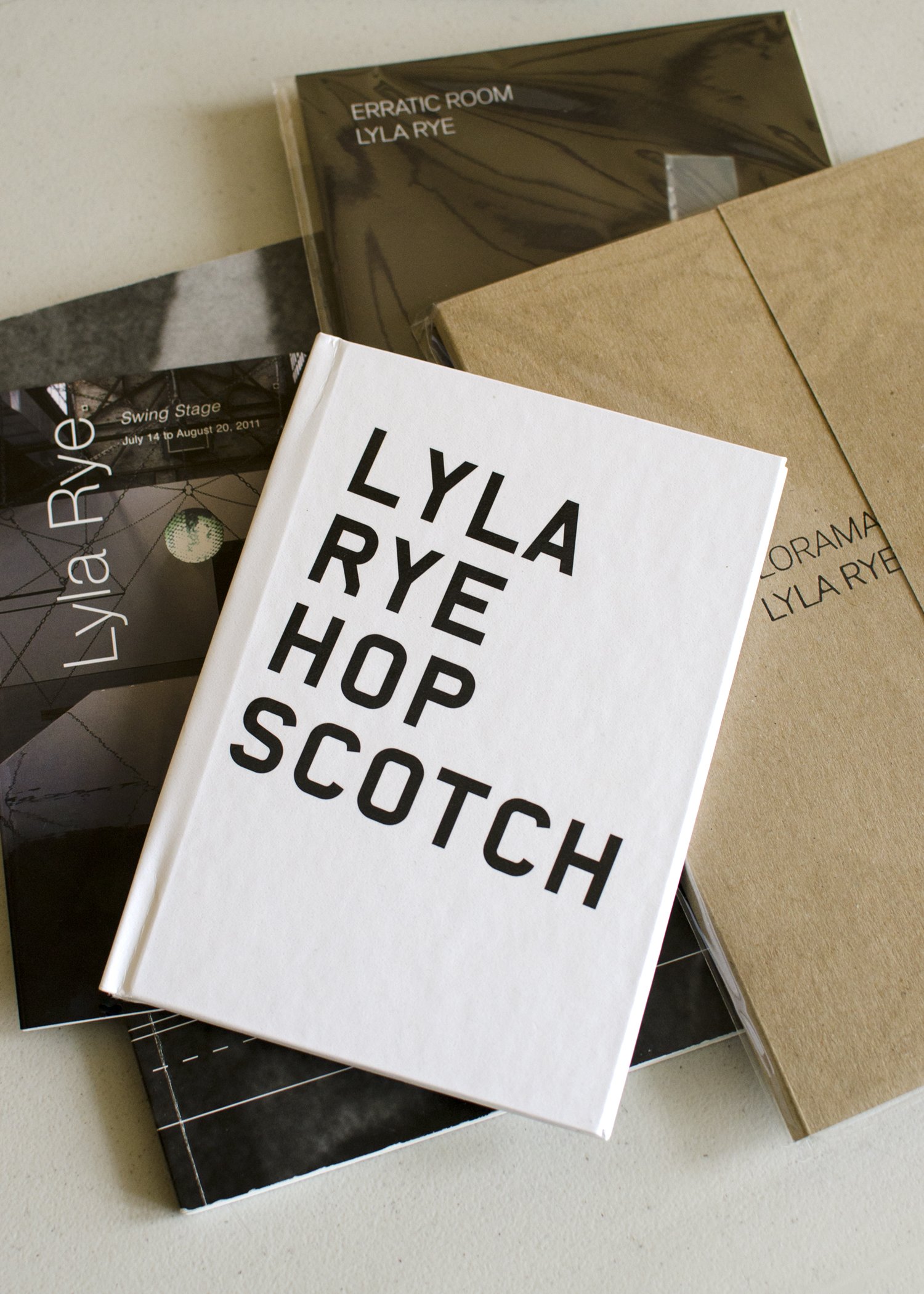 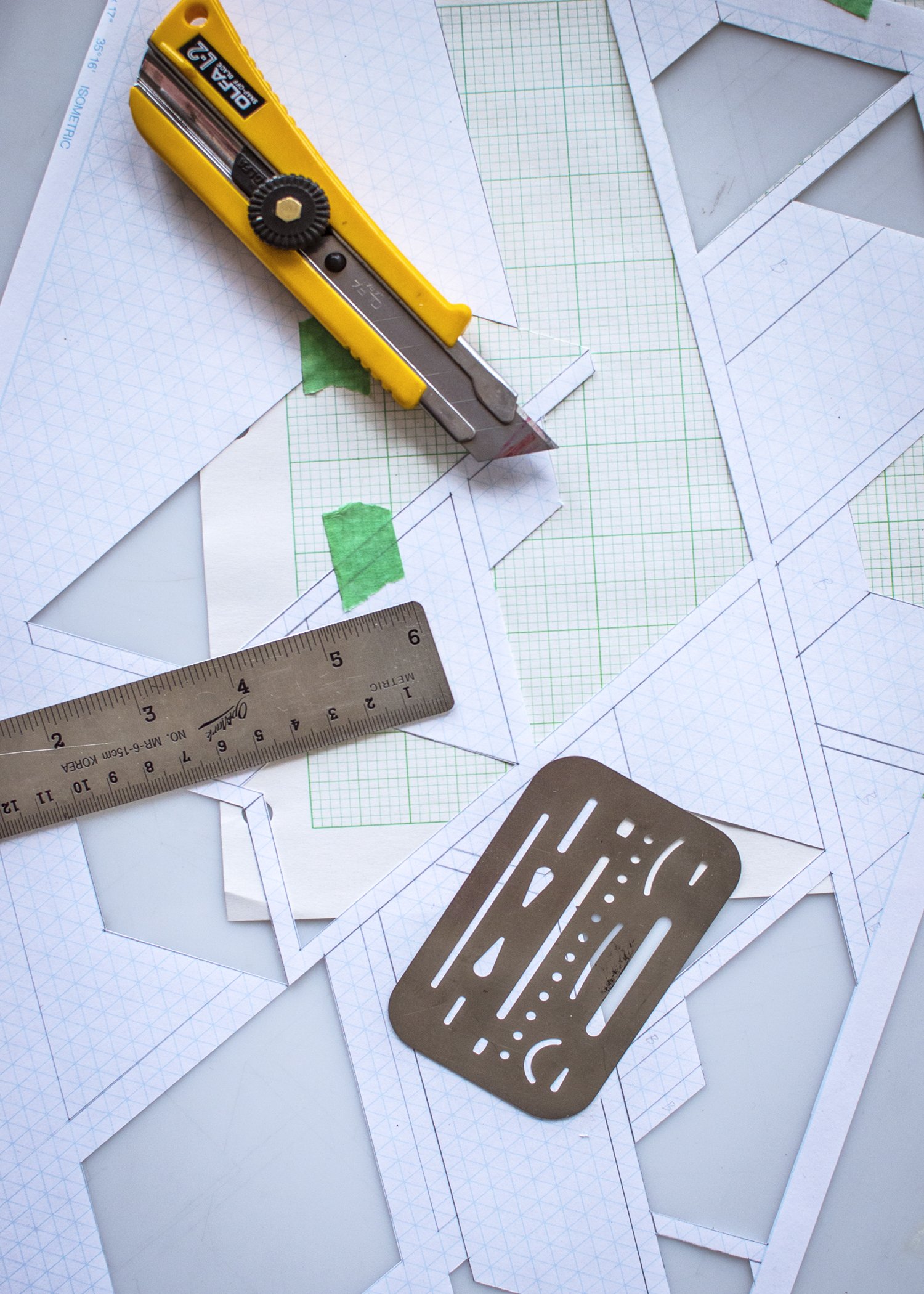 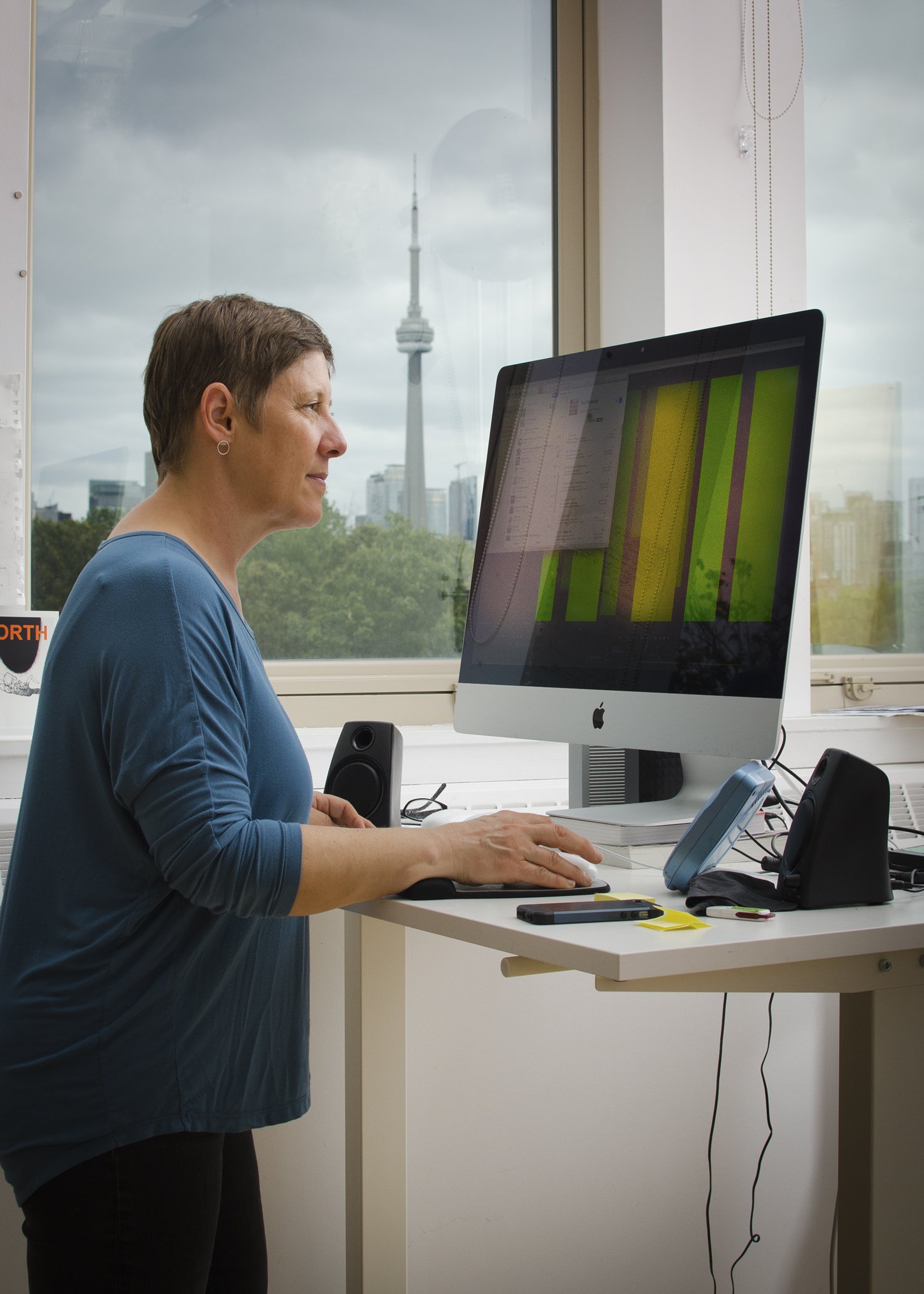 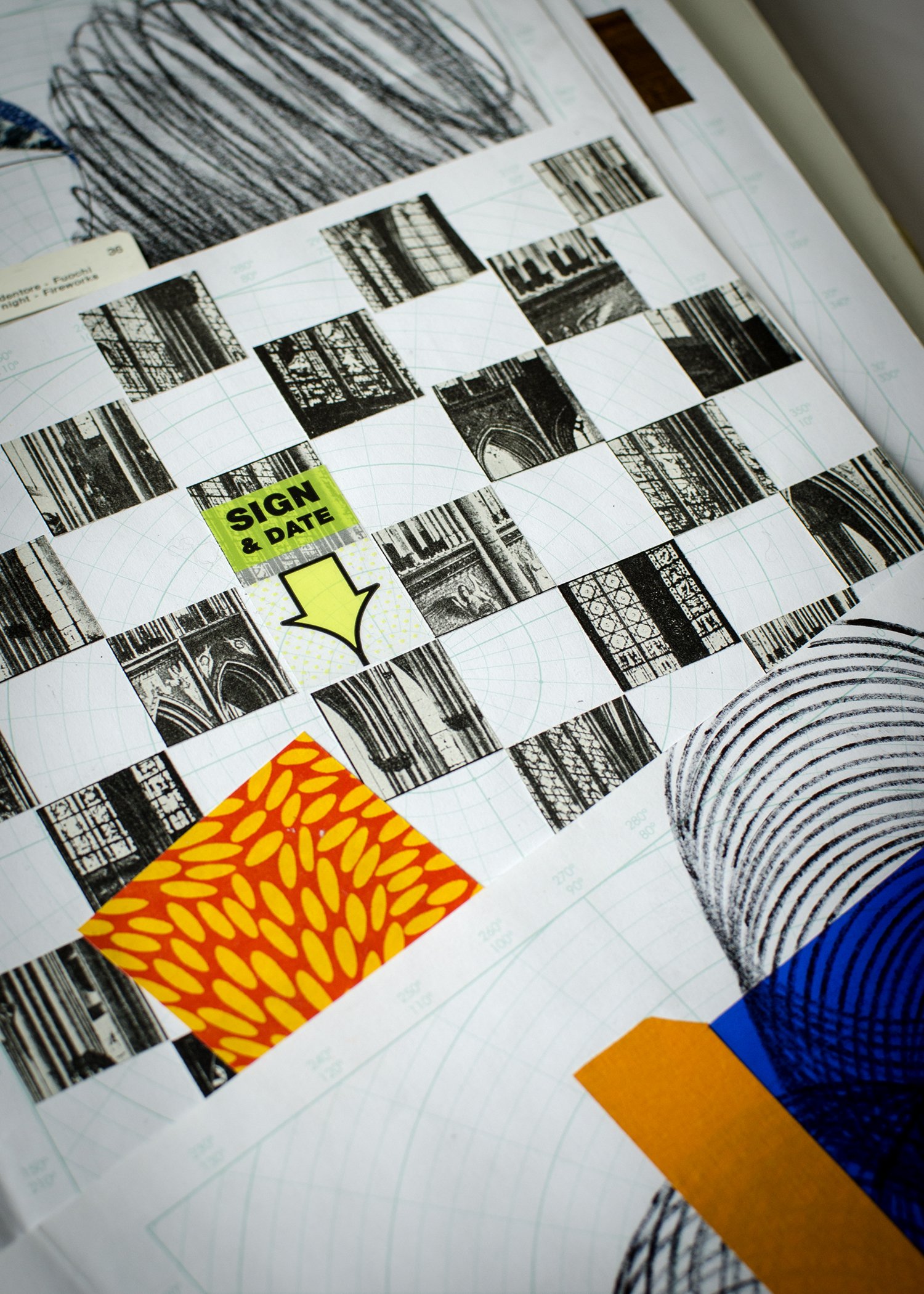 Lyla has a long history with the building, which she used to admire when living across the street, after completing university years earlier. She was one of the first artists to show work within the space—as part of Heather Nicol’s 2010 show “Art School (Dismissed)” before the building was transformed into Artscape Youngplace. She was also the inaugural artist exhibited at TYPOLOGY (now Critical Distance) when Artscape Youngplace first opened.

“I never imagined having such a beautiful studio. It’s great to be in a building and in a community there. I like running into people on the stairs or in the café, and having those unexpected conversations and interactions that allow me to feel like I’m part of something bigger. Because otherwise, I spend a lot of time by myself, in my studio.”

In addition to her personal art practice, Lyla is a mentor to other artists through her business, Mentor Lyla Rye. “I do professional practice workshops, critiques, statement editing, exhibition assistance, video editing…pretty much anything an artist might want another set of eyes on and feels comfortable sharing with me.”

You can catch Lyla’s next exhibition in Calgary, at TRUCK Contemporary Art Gallery, or in Australia, in the Revelation Perth International Film Festival in Australia. Learn more about Lyla and her work at www.lylarye.com and www.mentorlylarye.com.