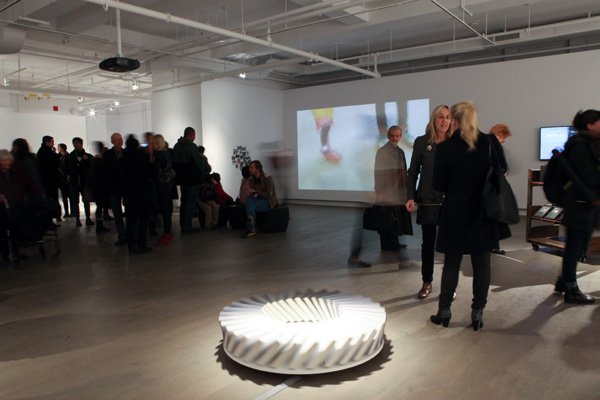 The Stony Island Arts Bank in south side Chicago is practically unrecognizable from the crumbling site it once was. Abandoned for decades, the bank was in major disrepair when Theaster Gates bought it from the City of Chicago for $1 in 2012, on the condition that his team would finance the restoration themselves. As part of the group’s efforts to raise the money needed to restore the building, they sold marble blocks from the site as ‘bank bonds’ at Art Basel for $5,000 apiece. The beautiful and fully-restored site is now an archive of black American culture as well as a laboratory for the exploration of the community’s artistic and cultural identity.

Founded and led by Gates, a social practice installation artist, the Rebuild Foundation is a platform for the creation of important cultural assets and the revitalization of underserved black neighbourhoods. Leveraging the creativity and ingenuity of artists, the Rebuild Foundation has achieved spectacular results, transforming historic and abandoned sites into vibrant community centres.

Another incredible project is the Dorchester Art + Housing Collaborative, completed in partnership with the Chicago Housing Authority, Brinshore Development and architectural firm Landon Bone Baker. The site is a block of 32 public housing units which were rehabilitated to offer a mix of public, affordable and market-rate housing for artists and other members of the community. While living in the complex, artists are engaged to offer programming to the broader community and help in further revitalization efforts. It’s the first instance of public housing being provided specifically for artists in the U.S., and provides an intriguing model that we hope will catch on elsewhere.

The Rebuild Foundation is an incredibly innovative practitioner of creative placemaking that, like Artscape, has attempted to co-mingle community space and housing needs.  We encourage you to check out Theaster Gates’s insightful Ted Talk here.

Artscape Triangle Lofts resident, Jane Luk has been a professional actor for over 30 years.…

Starting in February, Launchpad will introduce new courses for members interested in working in the…

An Interview with Othello Grey

My name is Othello Grey, and I'm a photographer. I first knew I enjoyed taking…