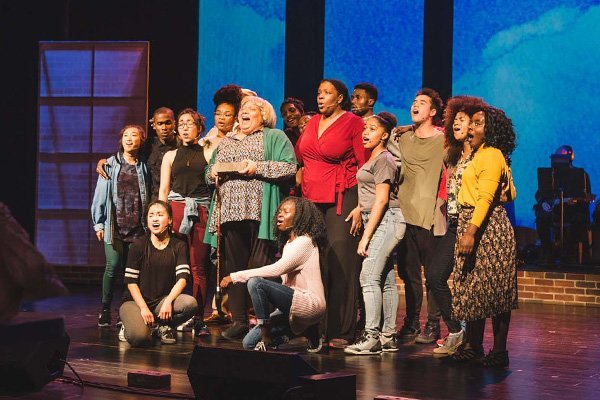 THE JOURNEY- A LIVING HISTORY OF THE REGENT PARK REVITALIZATION (THE JOURNEY) takes to the stage with a brand-new storyline November 7 – 10 at Daniels Spectrum, presented by Innocon and co-produced by Toronto Artscape Foundation and The Daniels Corporation.

THE JOURNEY 2018 musical tells the story of the impact of revitalization on the resilient and tight-knit community of Regent Park.  Afiya, a teenage poet who shines through writing and performing is confronted by her cultural gender role when her parents refuse to accept her art.  Meanwhile an eye-opening trip to St. Vincent awakens some boys from the neighbourhood to a new understanding about life at home.  THE JOURNEY tells the stories of the people of Regent Park, all that is lost and gained, as their community quickly transforms around them. 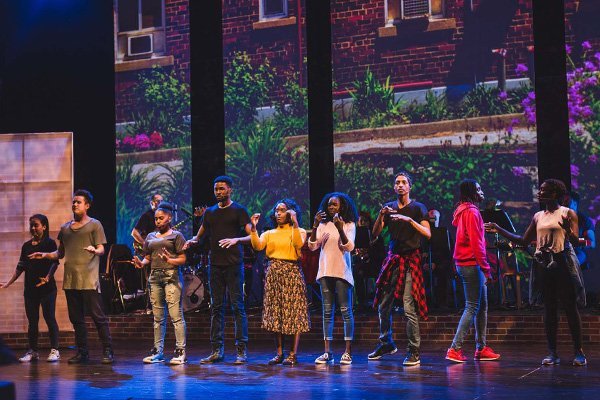 THE JOURNEY gives youth performers from Regent Park the unique opportunity to gain and develop a deeper understanding of artistic skills through working with professionals in specific disciplines of voice, dance, and acting.  Since 2015, young Regent Park resident Limees Rizeig has been a part of the ensemble cast and this year THE JOURNEY welcomes her back in the starring role of Afiya.  The cast also includes award-winning singer and actor Jackie Richardson (Granny), Alana Bridgewater (Alana) and Jeremiah Sparks (Dread) together with local artists Trevlyn Kennedy (Sandy), Jael Jones Cabey (Tameeca) and Jahni Boodoo-Nelson (Raffi).

Inspired by true events, THE JOURNEY is written by Daniels’ President Mitchell Cohen, Co-Producer Heela Omarkhail and Director Kate Fenton in collaboration with the Regent Park Community and is under the musical direction of Henry Heillig.

THE JOURNEY musical and fundraiser first premiered in 2012 followed by new iterations in 2013, 2015 and 2016; since 2012 it has raised over $3 million in support of youth arts programming and sustainability at Daniels Spectrum.