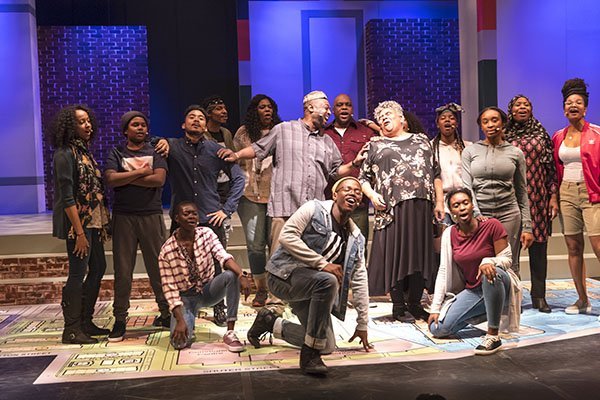 From November 7-10, the stage in Ada Slaight Hall came alive at Daniels Spectrum for multiple performances of the outstanding musical, The Journey – A Living History of the Regent Park Revitalization, presented by Innocon. This year, through generous community donations, the production raised over $1 million in support of youth arts programming and sustainability at Daniels Spectrum.

This outstanding community theatre production offered youth performers from the Regent Park community the unique opportunity to gain and develop a deeper understanding of artistic skills through professionals in specific disciplines such as voice, dance, and acting.

Inspired by true events, THE JOURNEY tells the story of the transformation of the Toronto neighbourhood of Regent Park and the families within it, as this resilient tight-knit community undergoes a decades long revitalization. The play is written by Daniels’ President Mitchell Cohen, Co-Producer Heela Omarkhail and Director Kate Fenton in collaboration with the Regent Park community and is under the musical direction of Henry Heillig.

The Journey is a fundraising initiative for Daniels Spectrum, co-produced by The Daniels Corporation and Toronto Artscape Foundation.

How Singer, Songwriter and Emcee Ice Tha One shows up for Toronto’s East End with her music

We sat with Launchpad Bursary Recipient, Ice Tha One, to discuss her musical journey as…