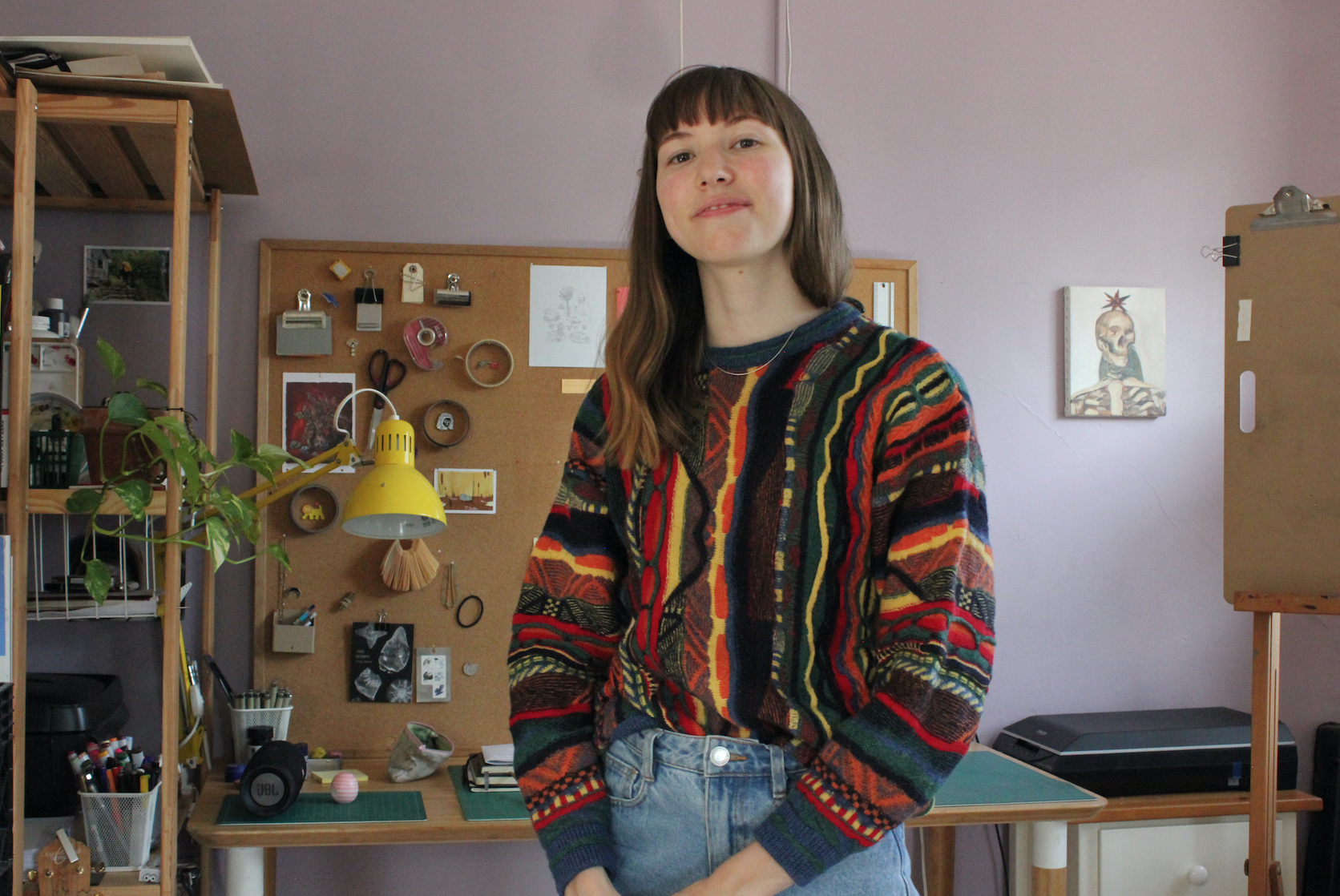 For Kima Lenaghan, winning the Best of Student Award at the Toronto Outdoor Art Fair meant that she could get a foothold as one of Toronto’s emerging artists. As part of the Award, Kima completed a residency at Artscape Gibraltar Point in September and will receive a solo exhibition of her work at Artscape Youngplace in January. Her new exhibition, Terra Recognita, is focused on the Environment. The exhibition, opening January 10, 2019, explores the future possibilities for humans to start anew by settling on another planet, once the Earth’s environment has been decimated.

For the past five years, Artscape has proudly supported the Best of Student Award at the Toronto Outdoor Art Fair. The winner receives a residency at Artscape Gibraltar Point and a solo exhibition of their work at Artscape Youngplace. This year’s winner, Kima Lenaghan, has just graduated from the Illustration program at OCAD University. Her new exhibition, titled Terra Recognita, opens January 10th.

From the moment she was announced as winner of the Best of Student at the Fair, Kima could see the impact. After accepting her award on stage, she returned to her booth where a crowd had gathered to see her work. 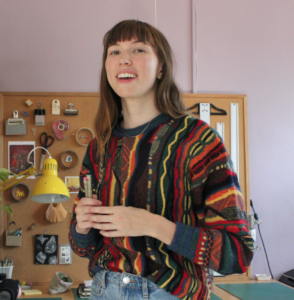 “It was a really good way of getting my foot in the door,” says Kima, of winning the award. Among the new fans and industry leaders, she met a literary agent who encouraged her to consider working on book illustrations.

Momentum continued with Kima’s September residency at Artscape Gilbraltar Point, amid an inspiring group of artists.

“Most of them were painters, but there were also dancers and performance artists – people I hadn’t really surrounded myself with much before. I found that the way they approached their practices was a lot more conceptual and personal,” she adds.

Kima finds she is trying to be a bit more experimental in her work, working on a larger scale and with much more colour.

These days, Kima’s work is focused on the Environment. Her new exhibition explores the future possibilities for humans to start anew by settling on another planet, once the Earth’s environment has been decimated. Terra Recognita, is a play on terra incognita, Latin for unknown land.

“It’s such a complicated issue. I enjoy trying to figure out what will come of the environment as we progress and our population grows,” Kima says. “Will humans have a chance to start the world anew in a more natural way, and live in a more symbiotic way with the planet? Is there going to be a point where we can’t really protect both the environment and human lives?” she muses. “It’s kind of a scary prospect but I like trying to reason it out.”

Elevate your creative output with a new set of tech tools!

This week, Artscape Daniels Launchpad is kicking off a special Full Access PLUS membership that…

Panamania: A Poet turned Revolutionary in Niagara, A Pan-American Story

On December 15, we introduced Artscape Daniels Launchpad to the digital music industries in the GTA and…