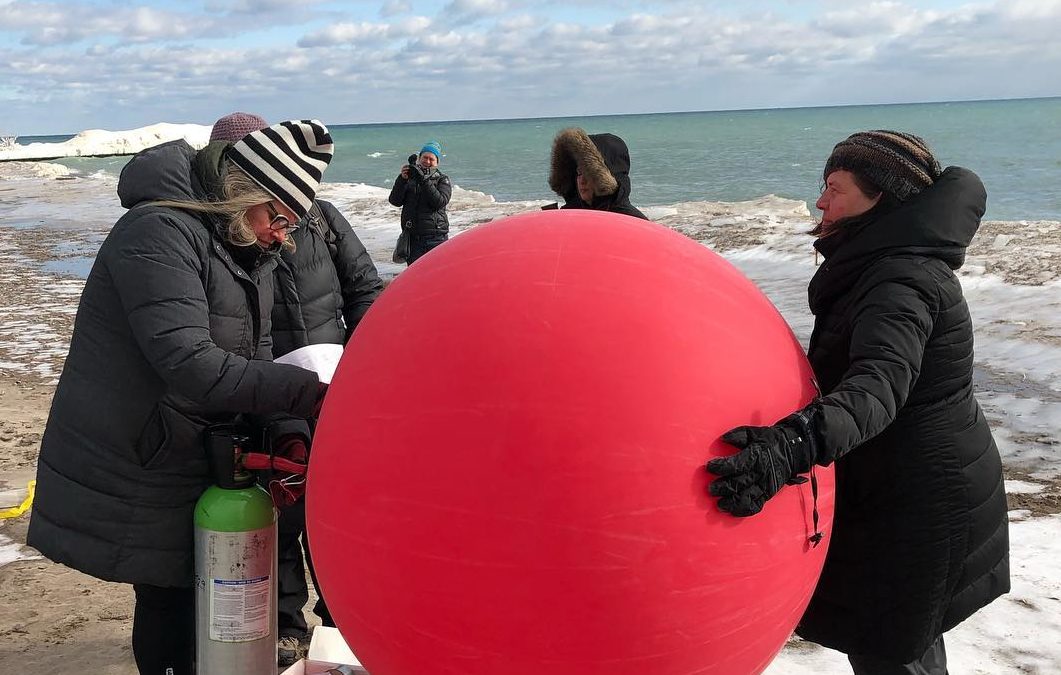 Sandra Smirle doesn’t think of herself as a winter person. She doesn’t much like the snow or the cold temperatures. But what she does like is the inspiration that comes with the dark and lonely landscapes of winter.

“It’s a great time to look inward and reflect,” Smirle says. So when the opportunity to apply for a Winter Island 2019 residency at Artscape Gibraltar Point came along, she knew she had to jump on it.

Having grown up in the Toronto near the Scarborough Bluffs, the Island was always in the background scenery for her. And so was the pull of the dark and lonely landscapes.

“I’ve been meaning to return to the area for many years,” she notes, adding that her home base is in Montreal. And now Smirle has returned to the Toronto area as one of Artscape Gibraltar Point’s Winter Island 2019 Artists-In-Residence.

Using balloon and kite mapping, along with cyanotype printmaking, found object collecting and walking as her modes of research, Sandra is creating a map of the ever-changing shoreline of the Toronto Islands. 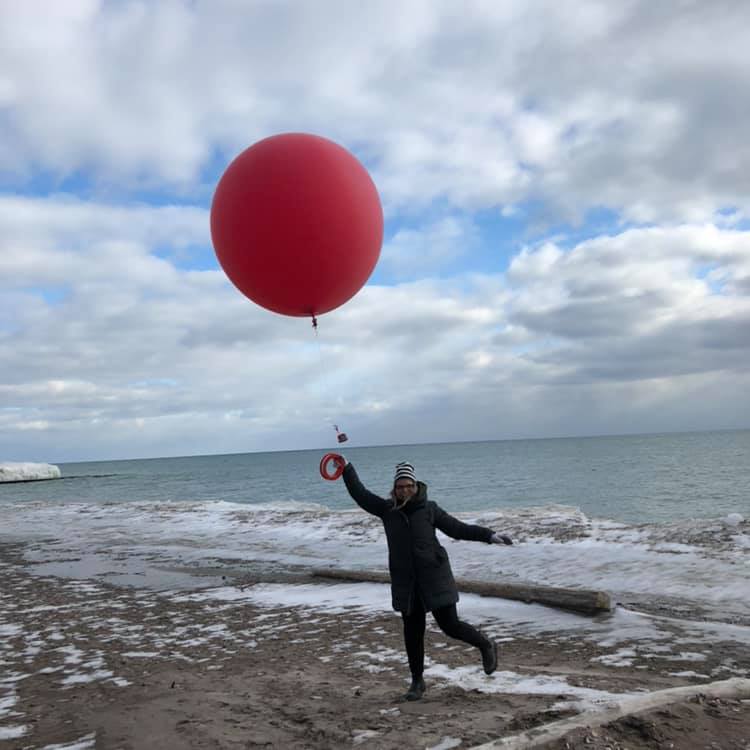 “My intent is to offer a visual snapshot on a shoreline-as-timeline that may act as a public measure or mark for future documentation,” Smirle says.

“There’s something nice about the idea of advanced technology being used adjacent to analog technology,” Smirle says. That juxtaposition is a vital part of her work and informs her creative practice.

If you’re walking along the Toronto Island shore, don’t be alarmed by the colourful kits or balloons! It’s just Smirle collecting data. In fact, she invites you to join her on her walks and collecting expeditions and to participate in kite/balloon surveying workshops for the remainder of her residency on the Island.

Learn more about Winter Island and how you can join Sandra Smirle.

When will Artscape hubs be open to the public again? Artscape is applying a phased…

Studio Technician, Mariana Hutten entered into the field of audio production and recording as musician…