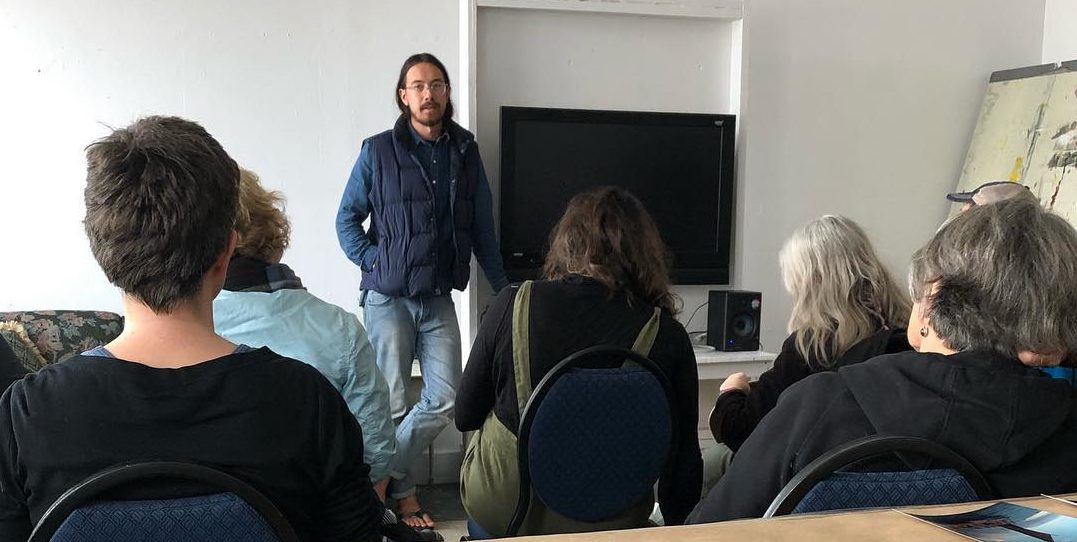 As a visual storyteller, Brendan George Ko tries to convey a sense of experience first and foremost. The images are supplementary to the story it represents.

Having studied Fine Arts at OCAD University, Ko says his creative journey was inspired by his parents.

“They were both talented artists,” he says. “But they never pursued it professionally because they thought there wasn’t a lot security in it. They sacrificed their art for a better life.”

Based in Toronto and Hawaii, Ko works with a variety of media to tell stories, including photography, video, installation, text, and sound.

“My work is about island people,” Ko says. “People who are defined by their relationship to the water around them and the land contained within that water.”

So a residency at Winter Island is a perfect fit for Ko. He hopes through this residency to focus on how to bridge the stories he has gathered from his island community of Hawai’i Nei to the community of Toronto.

During his residency at Artscape Gibraltar Point, Ko invites the public to come listen to the stories collected from the oral traditions of the Hawaiian Islands as he translates them through spoken word, documentary video and, landscape photography from Kānaka ‘ōiwi (Native Hawaiian) perspective to Canadian audience.

About Winter Island at Artscape Gibraltar Point
Now in its fourth year, Winter Island is a unique, juried, artist-in-residence program aimed at emerging, established and, mid career artists, working in community engaged practice and hosted at Artscape Gibraltar Point, an artist residency located on the picturesque Toronto Islands. The aim of the Winter Islands program is to recognize three – five artists annually who have demonstrated a strong and unique artistic voice while working in Canada’s visual arts community and provide them with a month of distraction-free studio time to create and/or develop a new and exciting community-engaged work, or body of work, that seeks to collaborate with and/or activate the artist community at Artscape Gibraltar Point and the Toronto Islands. Selected artists will present these works/projects to the public, both during their residency and as a part of a Winter Islands Group Exhibition to take place at the conclusion of the residency series at Artscape Youngplace in late May/Early June 2019.

In 2013, the Dhaka garment factory collapsed in Rana Plaza. Despite early signs of structural…

Daniels Spectrum has received the Good Design is Good Business Award. This prestigious award from Architectural…