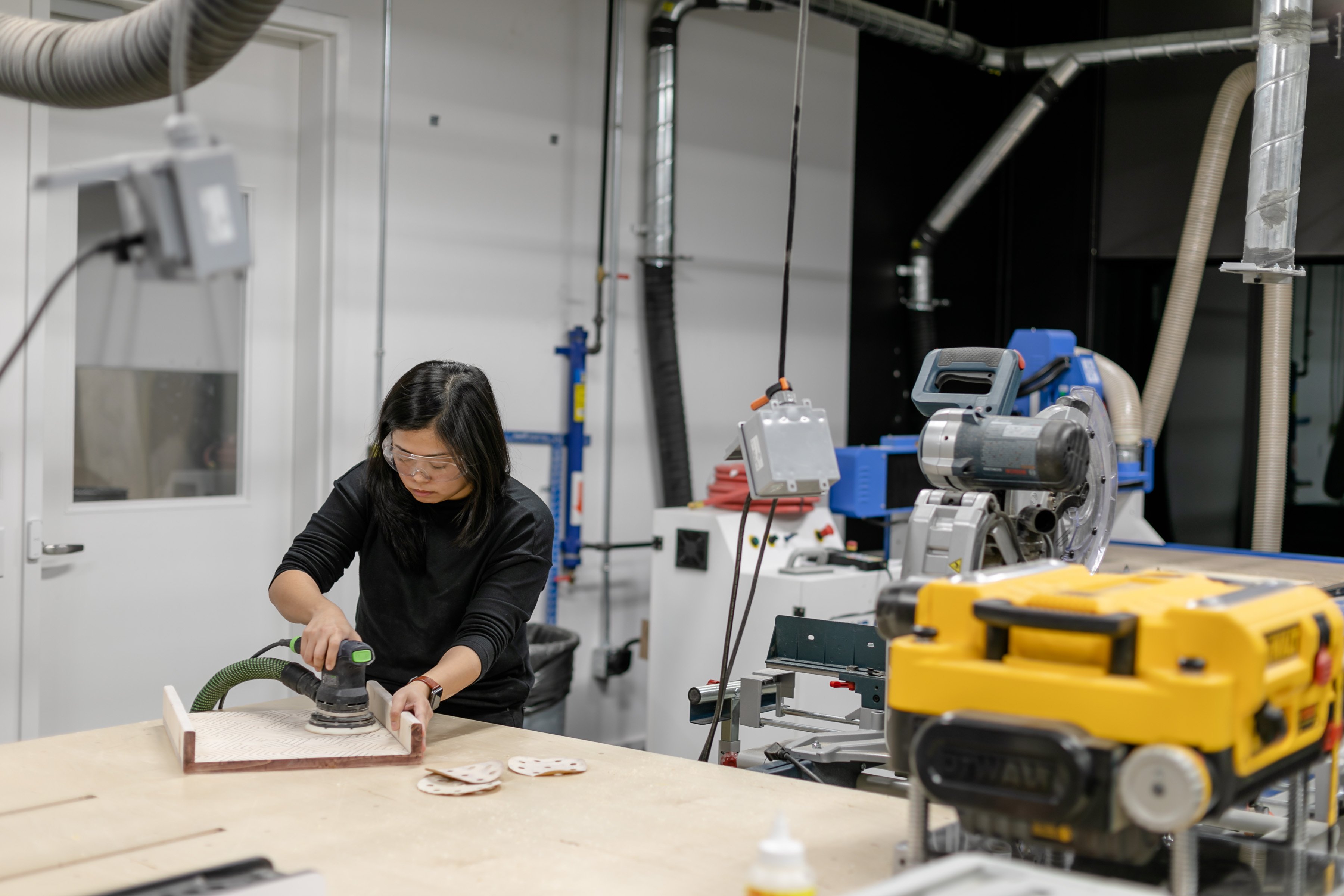 Kat Espiritu is a digital media producer by trade. She creates digital content and produces films on a daily basis as part of her creative practice.

“I just love being at Artscape Daniels Launchpad. It’s an environment that encourages me to work,” she says. “I take my laptop with me and go there to work on whatever project I have going on.”

But she does so much more than just work at Launchpad.

“I really enjoy having access to the Creative Studios,” Kat says. “Personally, I love woodworking as a hobby, so I like having the option to also work on my hobbies as well as my creative practice all in one space.”

“It’s really cool that everything is in the same space and that I can work and play at the same time,” Kat says, adding that without Launchpad, she would never have had access to high-quality equipment or the training on how to use them.

“Before I came to Launchpad, I had never operated a table saw or a laser cutter,” she laughs. “But there’s no judgement from the Launchpad team. Everyone is just so kind and helpful no matter your skill level.”

If there’s something I want to learn, Studio Tech Alex Wimbush will help, she notes.

“When I finally learned how to operate the saw, it was a LOT less scary than I thought it would be.”

But for Kat, the real draw of Launchpad is the Digital Media Lab. Having access to the Lab will let her start her own production studio, where she’ll be able to work on her own video, audio and photo projects.

Join Kat at Artscape Daniels Launchpad and unleash your creativity!

Meet, Tom Hobson, electrical engineer and artist from Toronto. Recently, he joined the team at…

On August 22, Artscape Daniels Launchpad members can sign up for a Studio 201 that…