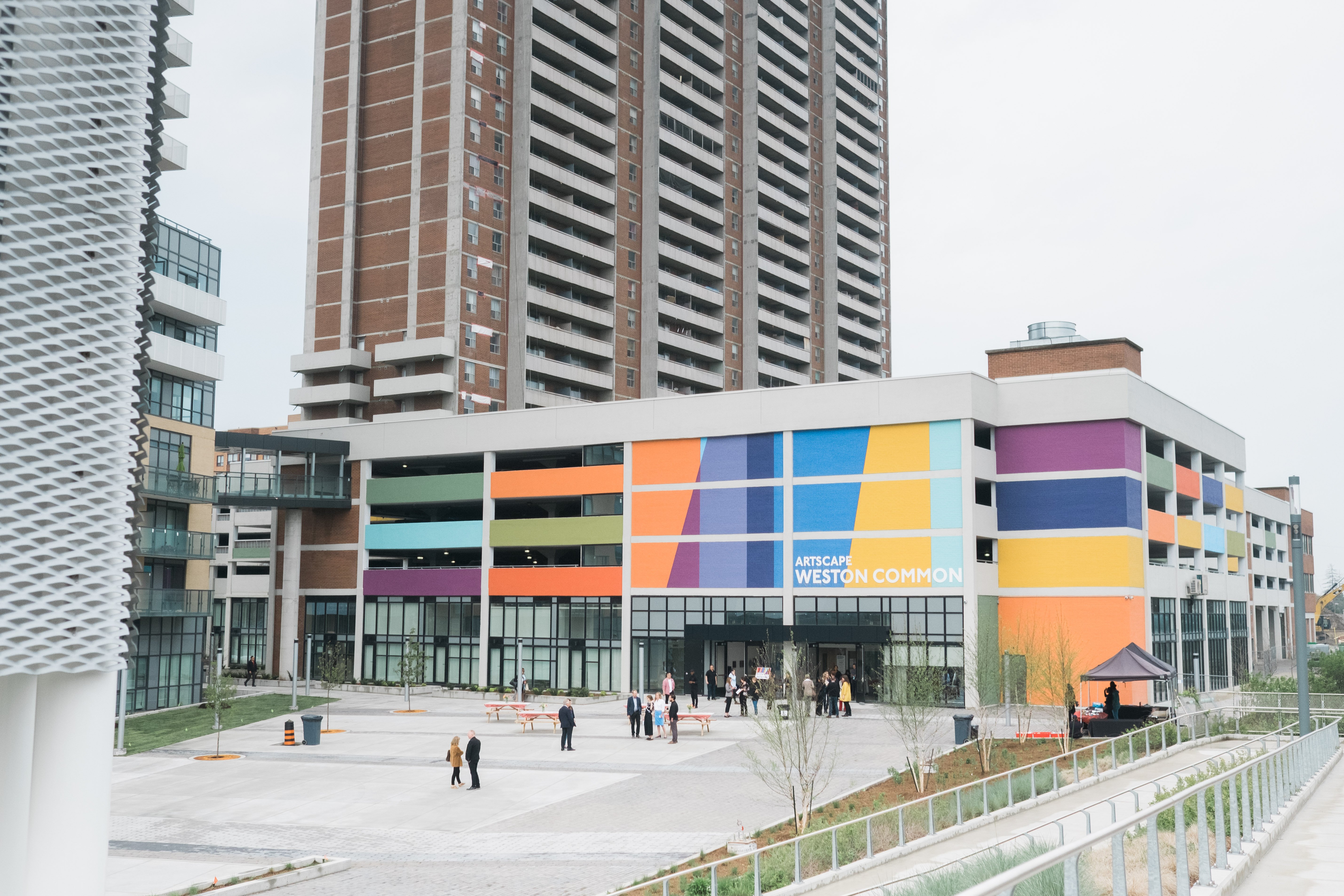 On June 5, Artscape together with the Rockport Group, the City of Toronto and our many project partners, tenants and stakeholders celebrated the official grand opening of the Weston Common community redevelopment project and the new community cultural hub Artscape Weston Common. 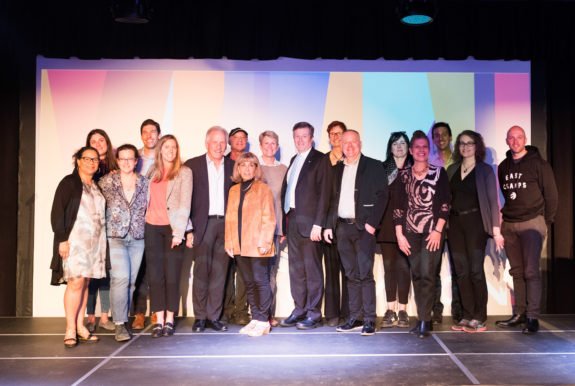 Some of the many people behind the Artscape Weston Common project commemorate the grand opening with a photograph. (Photo Credit: Eliot Kim)

Artscape’s first creative placemaking project outside of Toronto’s downtown core — Weston Common is a powerful example of how art and culture can be a catalyst for urban and community development. What was once a Green P parking lot and a vacant, never finished supermarket between King and John St., just steps from the UPX and GO Station, has been re-envisioned to serve the community.

“The Weston Common Project is a great example of a successful private and public partnership that puts the needs of residents first. This new communal area will ensure the Weston neighbourhood continues to grow and thrive,” said Mayor Tory. 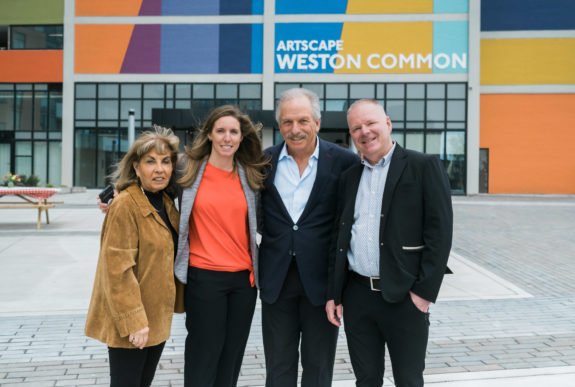 The Artscape Weston Common hub project was made possible through the generous support of the Government of Canada, The Government of Ontario, Canadian Mortgage and Housing Corporation, The Province of Ontario, City of Toronto, Rockport Group, The Access Group, Woodburne Capital Management and the Ontario Trillium Foundation.

The grand opening celebration attracted close to 200 local residents  and spilled into the outdoor plaza with live performances featuring artists from our Program Partners, UrbanArts and Shakespeare in Action. 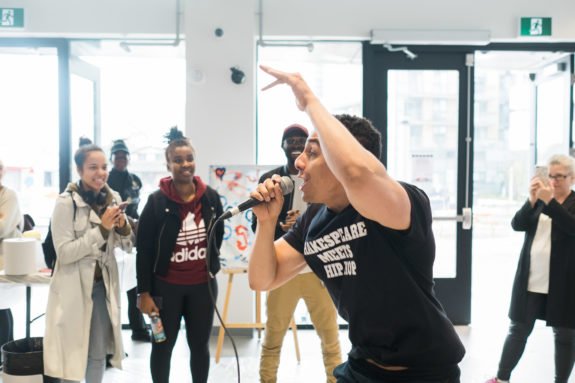 During the opening ceremony, Artscape was pleased to recognize the incredible support of our good friend and partner, the Rockport Group through the naming of the Rockport Performance Hall in honour of their many generous contributions to the project.

Guests also took part in a Key Ceremony to celebrate with artist tenants on their new homes. 26 artists and artist-led families now call Artscape Weston Common home, thanks to affordable units made possible through a partnership with the City of Toronto.

“This is a long awaited and eagerly anticipated development that brings new energy to Weston Village,” said Frances Nunziata, Councillor for Ward 11 – York South-Weston. “I want to thank all those involved in making this project a reality. After many years of work, we are very excited to welcome Artscape to the neighbourhood.”

We hope you will come visit.

Keep up to date with all the upcoming events and activities at Artscape Weston Common on the new website!

Get the full story on how Artscape Daniels Launchpad came to be. Watch the video!

Photographer, director, producer, and mental health advocate Ajani Charles on his journey towards self-actualization and how the arts furthers the de-stigmatization of mental health

In the summer of 2014, Ajani Charles experienced an existential crisis. After a lifetime of…

Big news! The Photography Studio at Artscape Daniels Launchpad is now open and available for…