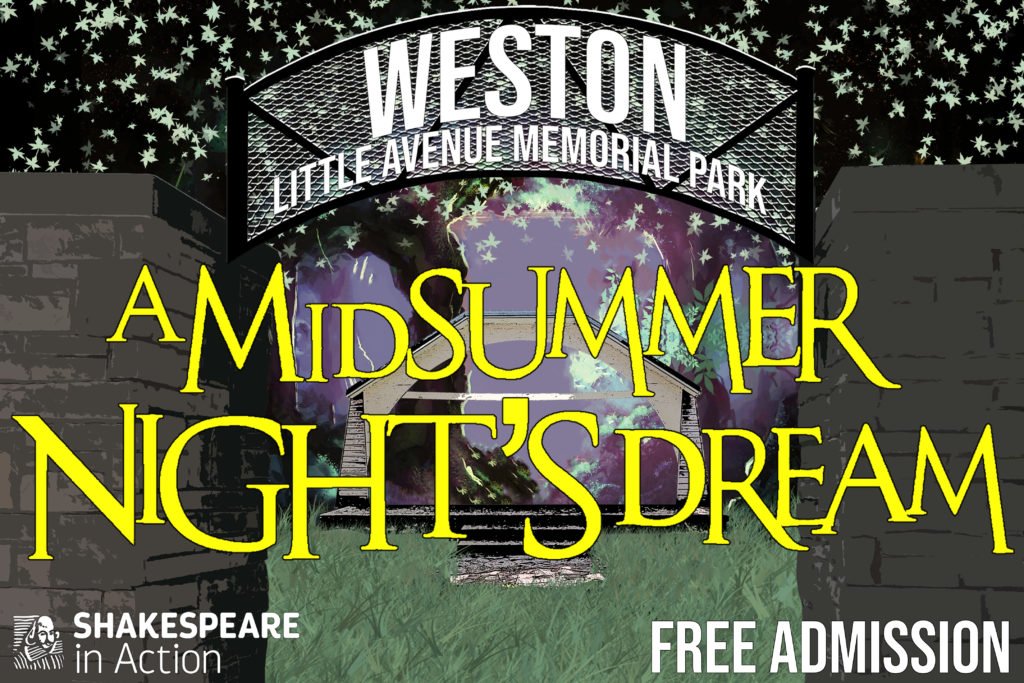 Weston’s resident theatre company, Shakespeare in Action, presents a contemporary take on the Bard’s A Midsummer’s Night Dream at Little Avenue Memorial Park, Tuesdays through Sundays at 7 pm, from July 16 to 28. The performance is free – just bring a blanket or a chair to the historic bandstand.

It’s Shakespeare in Action’s inaugural season in the Weston community, having recently moved into Artscape Weston Common, but free, accessible theatre has long been the dream for David di Giovanni and team.

“MIDSUMMER will be our first big “Hello!” to this community,” says Director David di Giovanni. “Since moving to Weston in March, we are so excited about creating and growing accessible theatre experiences that reflect northwest Toronto’s rich diversity.” 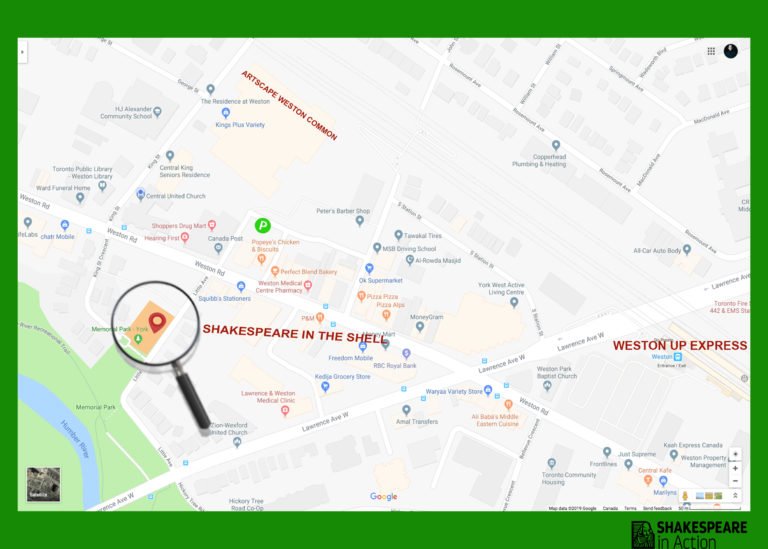 As an organization, they are focused on educating children and youth about Shakespeare through more accessible methods. The rhythm and metre of Shakespeare’s plays and poetry is compared with the lyrics and beats of Hip Hop. The production of A Midsummer’s Night Dream will be no different. The set and costume design by Sylvia Defend take inspiration from Toronto’s vibrant graffiti art.

And this won’t be the stuffy Shakespeare comedy you might have skimmed in the past.

The classic is transformed in a hilarious, love-filled production. Seven actors – Michael Chiem, Amanda Cordner, Tamara Freeman, Gugun Deep Singh, Suzanne Roberts Smith, Rose Tuong and Suchiththa Wickremesooriya – take on a cast of characters including a mischievous fairy, a feuding king and queen, and a bunch of love-sick protagonists.

The cast is sure to have you rolling with laughter.

Please be aware that as of September 1, 2022, Launchpad will be closing its Fine…

Hannah Cowan has always wanted to forge a career in jewellery design and goldsmithing. After…