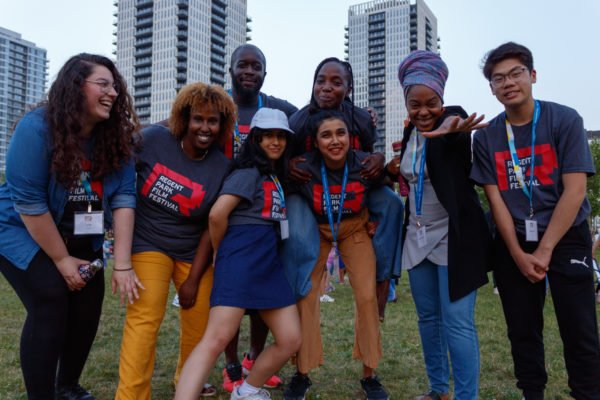 Every Wednesday at dusk, lay out your blanket in the big park for Regent Park Film Festival’s “Under the Stars” movie series. It’s free. It’s fun. And it’s a great way to connect with members of the community.

In fact, the July 10 showing of Spider-Man: Into the Spider-Verse, had an unprecedented turn-out of over 2,000 people, along with the he 6ix Spidey Crew. 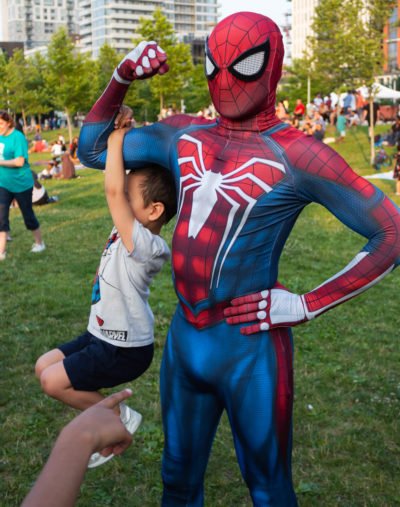 Under the Stars is programmed by the Regent Park Film Festival. Working out of Daniels Spectrum, this arts organization is dedicated to showcasing local and international independent works relevant to people from all walks of life, with a focus on inviting those of us from low income and public housing communities. As well, they predominantly show films that prominently feature Indigenous, Black and People of Colour on screen during their annual November festival and their year-round programming, like the Under the Stars summer movie series.

Blockbuster hits like Life of Pi and Black Panther will please the crowds at Regent Park’s most popular summer event, while the documentary, Our People Will Be Healed, and drama, Meditation Park, catch attention of the most discerning film buffs. Here is the full summer line-up, with a rain date slated for rescheduling on August 21st:

July 10 – Spider-Man: Into the Spider-Verse

July 24 – Our People Will Be Healed

Taste of Regent Park is also setting up a market, entertainment and a pay-what-you-can community meal every week, starting at 5 pm. And Regent Park Film Festival will have pre-show activities planned.