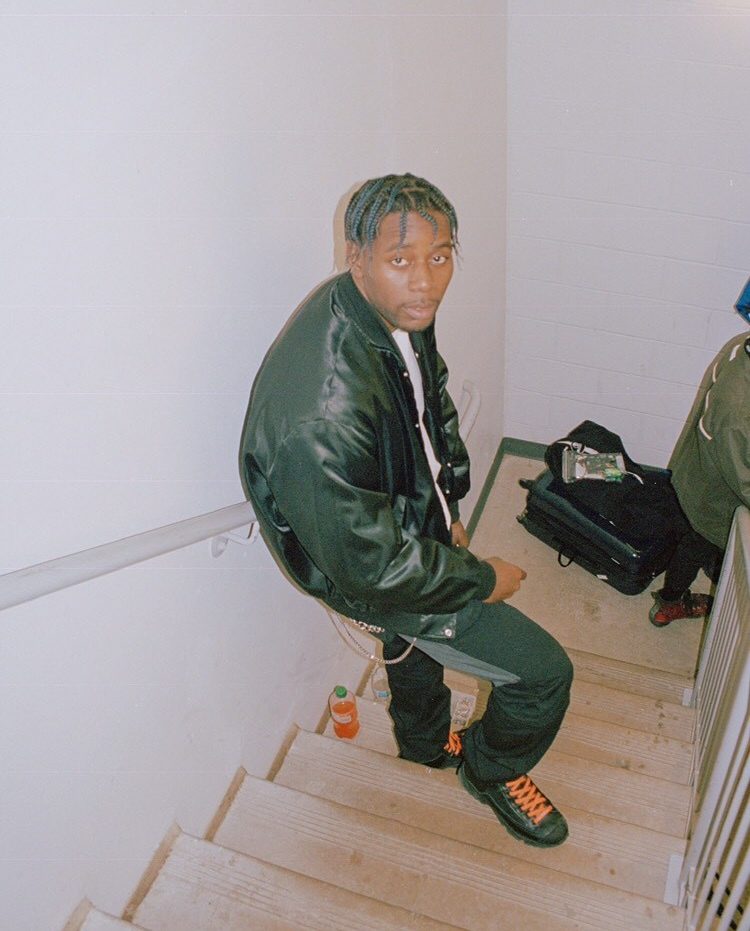 As two free thinking creatives that liked to transgress boundaries, they produced their first fashion collection for Spring/Summer 2019, inspired by deep sea expeditions, and the thirst for scientific inquiry within the alien, untapped energy of the aquatic environment. 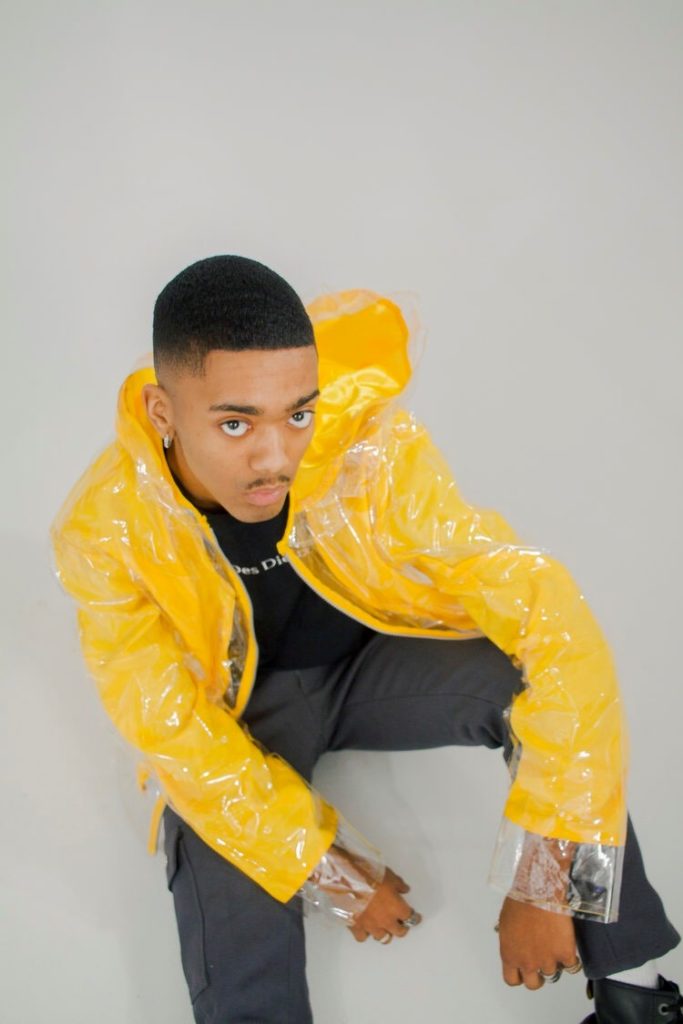 After binge watching Blue Planet, Pierre Pharaoh’s thoughts turned philosophical, considering the state of the ocean as a forecast of future trends. In fact, Mer Des Dieux ethos touches upon Pierre and Andrew’s science-fiction fantasies.
The flash of red across the artic ice as a polar bear hunts for food in a scarce winter became a strong visual impetus for Pierre. He considered, “How do you translate that in clothes?”

Premiering at the Fashion Forward Gala 2018 in Toronto, the collection, Diving Only, featured fashion with reflective textiles, technical fabrics, loads of textures and an emphasis on movement.

Pierre Pharoah attended OCAD’s Digital Futures program, studying a design through 3D printing, wearable technology and animation – many technologies that have yet to demonstrate their impact on the world.

In Artscape Daniels Launchpad’s Fashion + Textiles Studio, Pierre has been prototyping new items for upcoming Mer Des Dieux collections. He incorporates a swatch from a plastic onion bag into a wallet. The wefts and wafts of the netting become like waves over the reflective fabric.

“These are the materials that are found in the ocean,” he explained. “This plastic like netting or waste.”

Moving to fashion was a natural choice since Pierre was surrounded by fashion and accessories that his mother would acquire for resale during trips to Europe. His father’s influence as a mechanic is evident through Pierre’s technical prowess, his emphasis on construction and fabrication.

The Mer Des Dieux Fall/Winter collection will be presold online, with some items being made to order while other favourites, like the Muay Thai shorts, being inventoried.

Thanks to support from the Ada Slaight Foundation, six young artists got the chance to…

My new exhibit On Notice is up and ready for viewing! Stop by @DanielsSpectrum @Artscape Hallway Gallery until June 13. Come to the opening tomorrow, May 25, for a screening of Excluded by Design and a community discussion. #OnNoticeTO #TOpoli
https://www.eventbrite.com/e/on-notice-film-screening-photography-exhibit-community-discussion-tickets-337332198687

Isaac Crosby (@IsaacCrosby), aka Bro Nature, inspiring us to keep Native Plant gardens alive, as part of the 'Why Do We Need Native Plants Anyway???' public talk series at 900 Queen Street West.

Thank you for sharing your culture, best practices and expertise.