Artscape CEO, Tim Jones recently announced changes to the Executive and Senior Management teams as the organization prepares to begin the third year of its strategic plan, Artscape 5.0.

“People are at the centre of our success at Artscape” said Artscape CEO, Tim Jones. “We are so grateful to have been able to attract some amazing new talent, retain and refocus several of our great leaders and welcome back a long-time Artcape senior manager into a new role.” (For more information on the changes, please view our announcement here.) 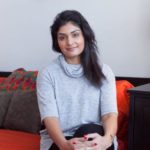 Nidhi Khanna, formerly Vice President of Artists and Client Relations at Artscape, has moved into the role of Chief Operating Officer. She brings eighteen years of experience working in cultural production, creative programming, and social enterprise management, for various arts and culture organizations throughout greater Toronto, including Daniels Spectrum in Regent Park. 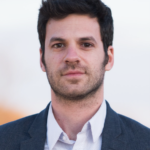 In addition to his role as Director of the Creative Placemaking Lab, Assaf Weisz will take on a new role as Chief Strategy Officer, where he will lead Artscape’s strategic development, innovation and special projects through the Creative Placemaking Lab. Prior to joining Artscape, Weisz co-founded and served as Managing Director of Purpose Capital, was National Director of Canada for Nexus Global, and was a Fellow of the Brookfield Institute for Entrepreneurship & Innovation. 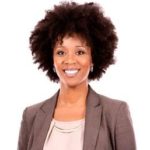 In September 2019, Artscape welcomed Tanya Sinclair as the new Vice President of People and Culture, helping Artscape build organizational resilience and lead its future as a people-first organization. In 2017, Tanya was recognized as one of Canada’s Top 25 HR professionals for her leadership in building healthy workplaces centred around increased learning opportunities and wellness initiatives for employees. Most recently, Tanya worked at Pickering Public Library as the Director of HR and for a few months this year she had the opportunity to serve as Chief Engagement Officer, which included hosting the Prime Minister for a tour of the library’s new makerspace and sound recording studio which she helped to inspire.

The Executive team will bring a depth of experience and knowledge to see Artscape into 2020 and beyond.

Other changes to the Senior Management team at Artscape

As previously reported, LoriAnn Girvan is transitioning out of the role of Chief Operating Officer and into a new role as Senior Advisor Social Purpose Real Estate. We are also pleased to welcome new Managing Director of Artscape Daniels Launchpad, Chalo Hancock and welcome back three-time boomeranger Kelly Rintoul to the role of Senior Director, Artscape Communities. 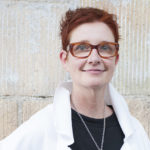 In her new role as Senior Advisor of Social Purpose Real Estate, LoriAnn Girvan will further address the urban affordability crisis for Toronto artists and creatives in this new role, helping to ensure quality cultural opportunities for creatives in high priority neighbourhoods, both inside and outside of the downtown core. 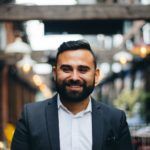 In July, Artscape was also pleased to welcome Chalo Hancock as Managing Director of Artscape Daniels Launchpad. Previous to this role, Hancock co-founded U for Change, an award-winning charity in Toronto and was also involved in the launch and growth of Christopher Paunil Designs—a celebrated bridal and eveningwear brand with global markets. 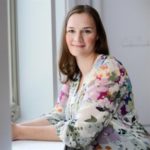 In early November, Kelly Rintoul will be re-joining Artscape as Senior Director, Artscape Communities. Kelly is a three-time “boomerang” Artscaper, beginning her career at Artscape in 2003 and stewarding the organization’s Tenant Services (now Facilities and Community Services) department over twelve years of incredible organizational growth. She is especially proud of the community hubs and affordable housing programs she helped build in communities across the city during that time.

Kelly brings over 15 years of city building, creative placemaking and community engagement experience to her new role as Senior Director, Artscape Communities. She has managed complex capital projects, facilitated deep community engagement initiatives and orchestrated organizational change throughout her career. Kelly most recently held the position of Senior Director, Property and Asset Management at TAS – a mixed-use real estate developer in Toronto. In that role, she oversaw the team responsible for the administrative, financial and capital needs of TAS’s asset and property management portfolio. This included TAS’s efforts to engage with the communities and neighbourhoods in which it builds, negotiating short-term leasing opportunities for arts and cultural uses as well as the creation and execution of community programs.

For more information on the changes, please view our announcement here.

Artscape is now accepting proposals for the Winter Island Artist Residency, happening between January and…