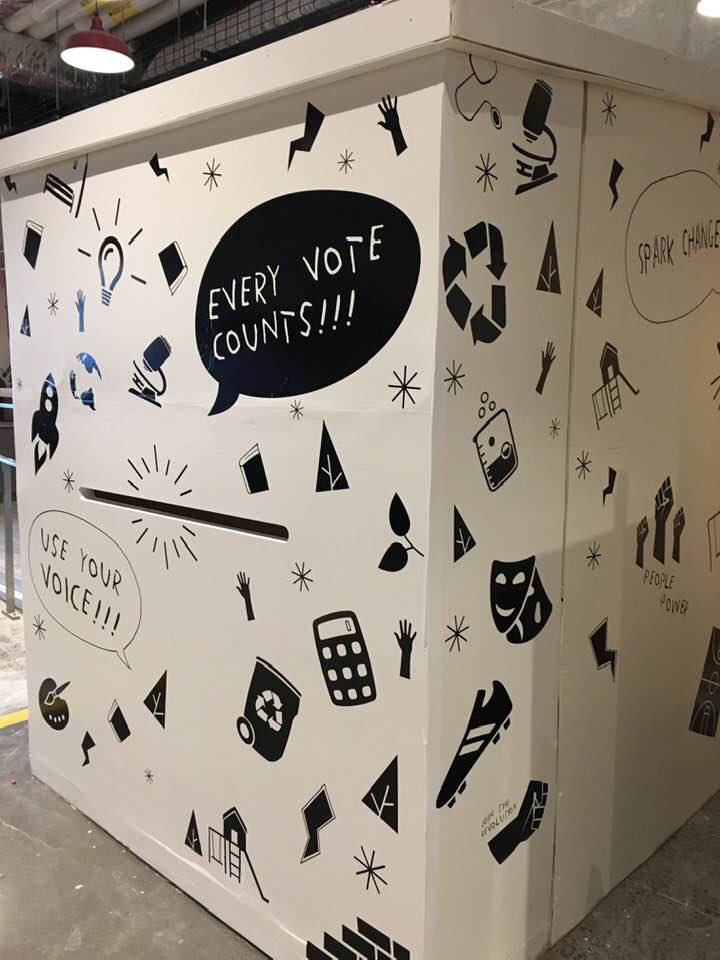 Artscape knows that art, culture and creativity are powerful catalysts for community vibrancy, sustainability, prosperity and inclusiveness. That’s why Artscape partnered with Ryerson University’s The Democratic Engagement Exchange for Artists for Democracy, an interactive art installation that engages communities in the democratic process.

The Exchange commissioned artists at Artscape Daniels Launchpad to design and build a 12 foot ballot box , illustrated with graphics that reflect the issues that matter most to the community. This public art installation is part of The Exchange’s Vote PopUp program, which uses simulated polling places to invite people to reflect and vote on the issues that matter most to them, rather than a candidate or party. 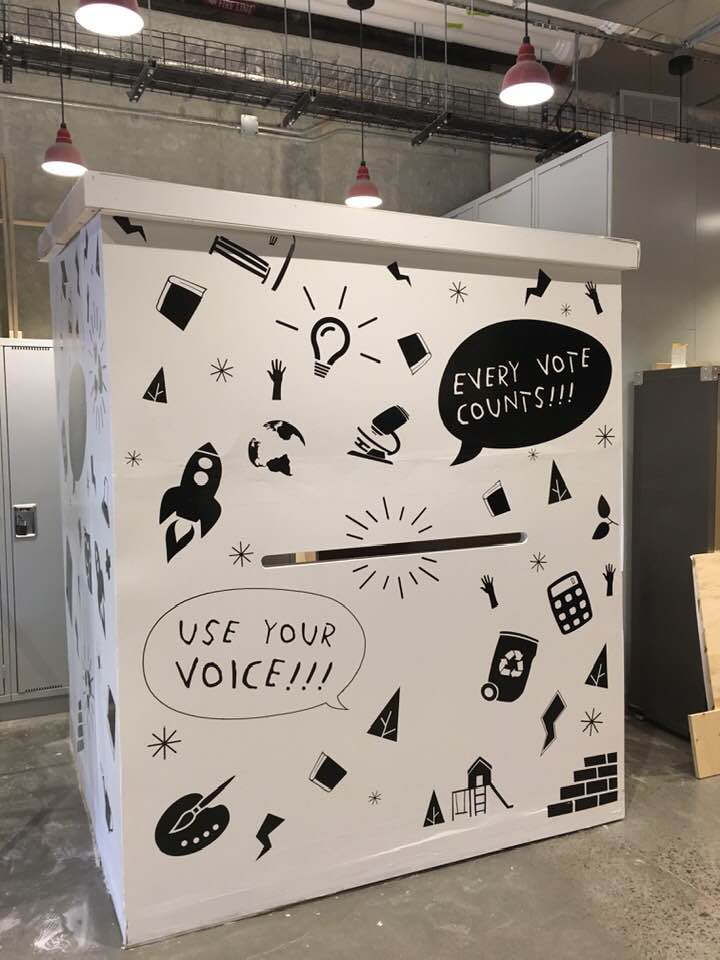 Artscape has participated in numerous civic engagement partnerships, including ArtVote, as a way to engage youth, adults and the creative community in the democratic process of voting.

In early September, Artscape and The Exchange hosted a community barbecue to showcase the art installation at Daniels Spectrum and the event brought together nearly 200 Regent Park community members to talk about the issues that matter most – many of them youth.

“For Artscape, thriving communities are inclusive places where everyone’s voice matters. Initiatives like this public art installation and a community barbecue can be catalysts for voter engagement because they encourage a dialogue on the issues that matter most to the city,” said Nidhi Khanna, Chief Operating Officer at Artscape. 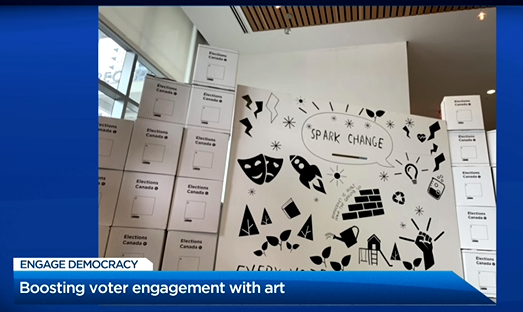 The ballot box will now go to the CBC headquarters to be installed on stage during their federal election coverage on voting day — Monday, October 21, 2019.

Make your voice count! Vote for what matters to you in the 2019 federal election.

Honouring the contributions of Artscape Alumni, 1986-2019

As an organization, Artscape has had an incredible roster of talent grace our teams, boards…