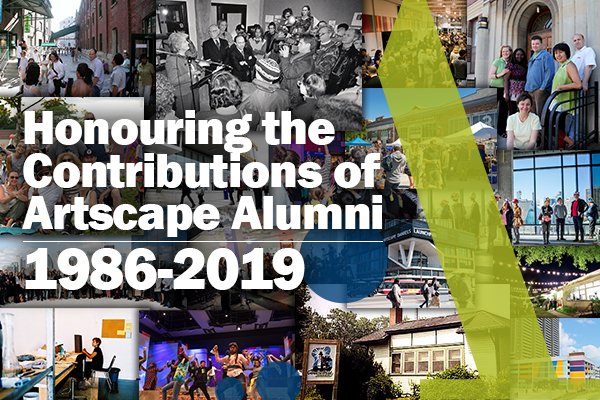 As an organization, Artscape has had an incredible roster of talent grace our teams, boards and committees since our founding in 1986 and we wanted to recognize their outstanding achievements and contributions. In September, the Artscape Alumni Network officially launched as a way for Artscape to keep connected with our many volunteers, staff and board members from throughout our 33-year history. The first major gathering of our alumni was a cocktail reception honouring the recipients of the inaugural Alumni Awards and unveiling of the Artscape Wall of Fame in the Launchpad entrance. 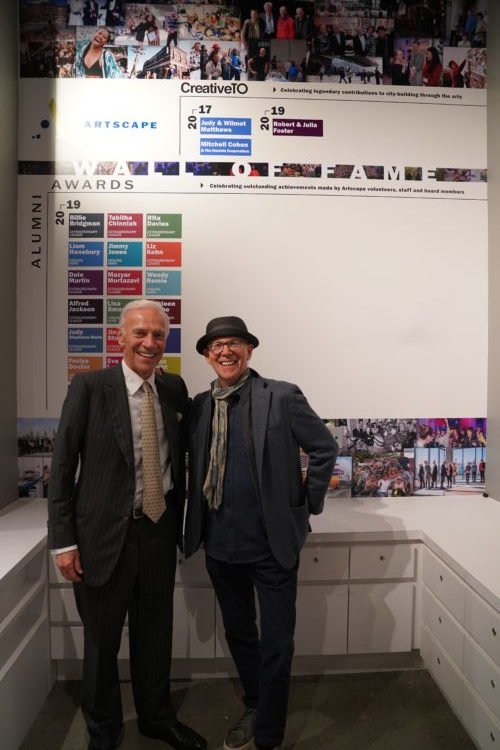 CreativeTO honourees, Mitchel Cohen (2017) and Robert Foster (2019), did the ceremonial unveiling of the permanent Wall of Fame mural.(Photo: Carol Davies)

Twenty-one extraordinary leaders and unsung heroes were recognized for their significant achievements. From Artscape Founder, Rita Davies, to former Chief Caretaker of Artscape Gibraltar Point, Jimmy Jones, the Artscape Alumni Awards reminded us all of the incredible impact we can have on the culture community as both individuals and as collective. 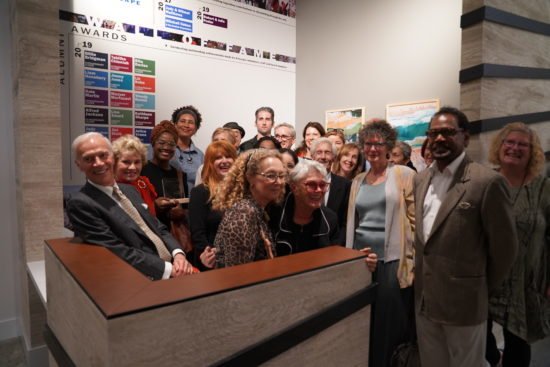 Many of the Artscape Alumni Award Winners pose for a group shot in front of the Wall of Fame. (Photo: Carol Davies).

The 2019 recipients of the Artscape Alumni Awards are:

Thank you to all of the volunteers, staff and board members who have contributed their time, expertise and passion toward Artscape’s goals for making space for creativity and transforming communities. We look forward to recognizing more Artscape Alumni in the years to come!

Artscape is pleased to introduce Assaf Weisz, the new Managing Director of our Creative Placemaking…