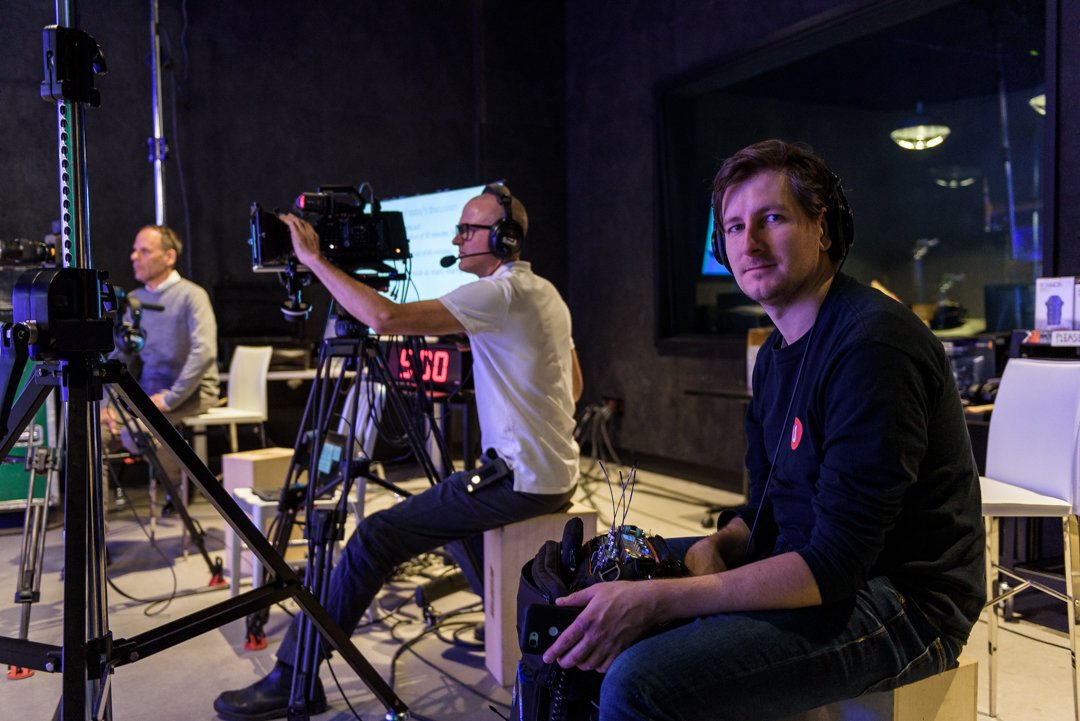 Headquartered at Artscape Youngplace, Unikron has been in the video production business for 16 years. In 2002, designer Sergio Lasky, video producer Alex Weisz and internet technologist Manuel Rodriguez, combined their different talents together to create a company that would produce video for the internet — in a time when video content was still emerging and difficult to implement. Unikron discovered a niche offering, combining design, technology and video production to create projects that make an impact to online audiences, as one of only a few companies focused on creating online video content. 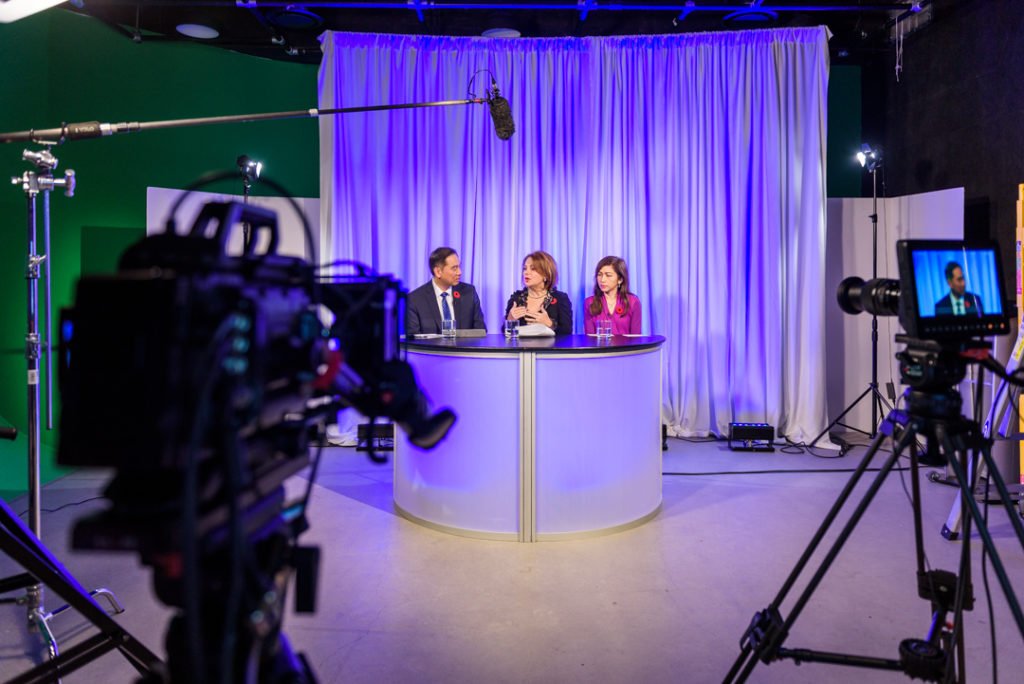 A look behind-the-scenes of the Unikron livestreamed webcast featuring a news-style set up. (Photo: Unikron)

Seventeen years later, Unikron is still innovating their service offering. Unikron recently set up a livestreamed webcast at Artscape Daniels Launchpad’s VFX Studio for their client Ideovation and Merck, to educate doctors on the importance of diabetes in a multicultural society. They successfully transformed the VFX Studio with an anchored news-style set the night before their three successive production days this past November.

“Video livestreams are an increasingly popular means of connecting with viewers and fans, particularly when there is significance in viewing distributed content live and instantaneously,” explained Benny Tan, Digital Media Lab Studio Technician and expert in film and video production. “From promotions, music, sports, gaming or corporate events, social media platforms such as YouTube, Twitch and Facebook have popularized livestreaming as an engaging medium in creating and sharing content.” 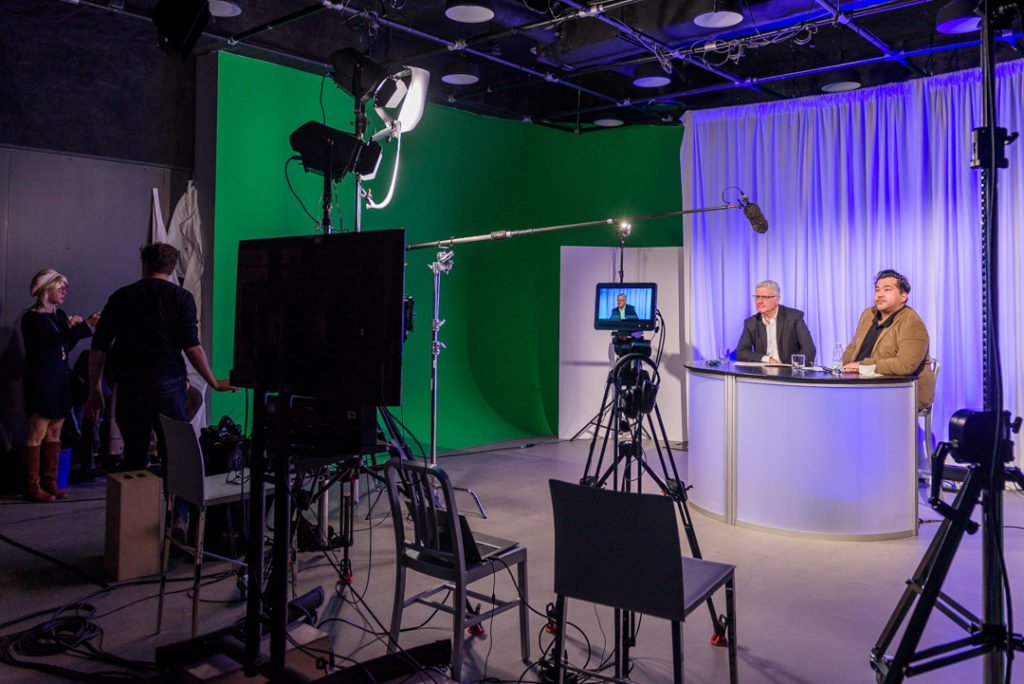 The news-style set was created against the green cycloramic screen in the VFX Studio in Downtown Toronto. (Photo: Unikron)

Unikron’s production also marked the first livestream at Launchpad and the first to use the Digital Media Lab’s state-of-the-art Blackmagic ATEM 4K livestreaming system in the VFX Studio. The company will also be doing a Mindfulness without Boarders seminar to educate about the importance of mindfulness in the young generations through a livestreamed webcast in the near future.

“Everyone at Artscape has been very accommodating and helpful,” explained Manuel Rodriguez of Unikron. “The system and streaming is top-notch, the lights, sound proof studio and green screen studios are a great asset in the heart of Downtown Toronto!”

Find out more about booking the Digital Media Lab for your next project, including the equipment and resources available at Artscape Daniels Launchpad.

Artscape is now accepting proposals for the Winter Island Artist Residency, happening between January and…

Ready to be wowed by thought-provoking photography? You won't want to miss Spectra - an…