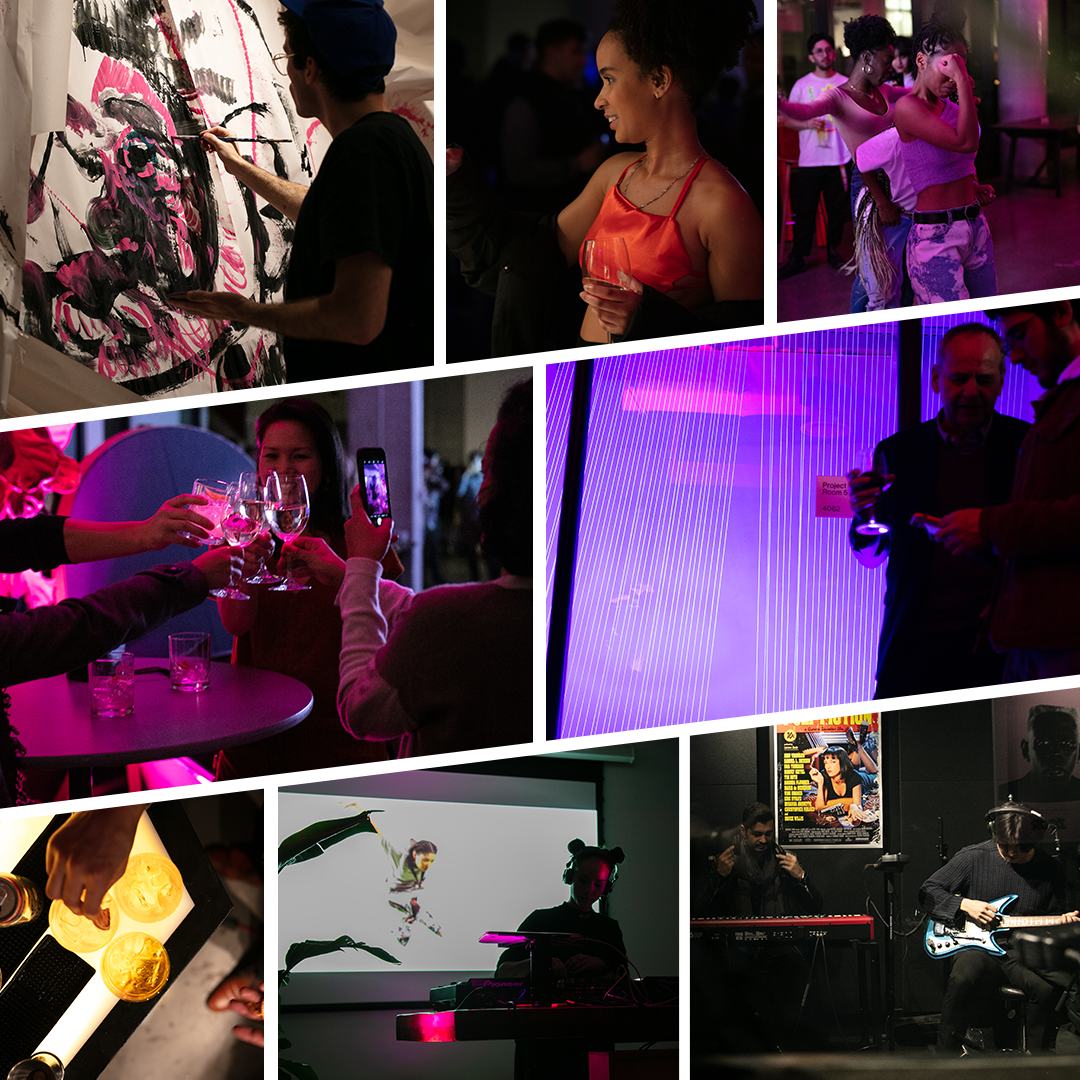 On November 27, Artscape Daniels Launchpad celebrated one year of opening its doors to Toronto’s creative community. Over the year, Launchpad has provided learning and networking opportunities to over 4,500 creatives from our community. Using Launchpad’s creative studios, members have launched fashion lines, prototyped new furniture designs, recorded tracks, handcrafted jewellery and created ground-breaking, immersive installations. Here’s a brief look at some of this year’s most important milestones: 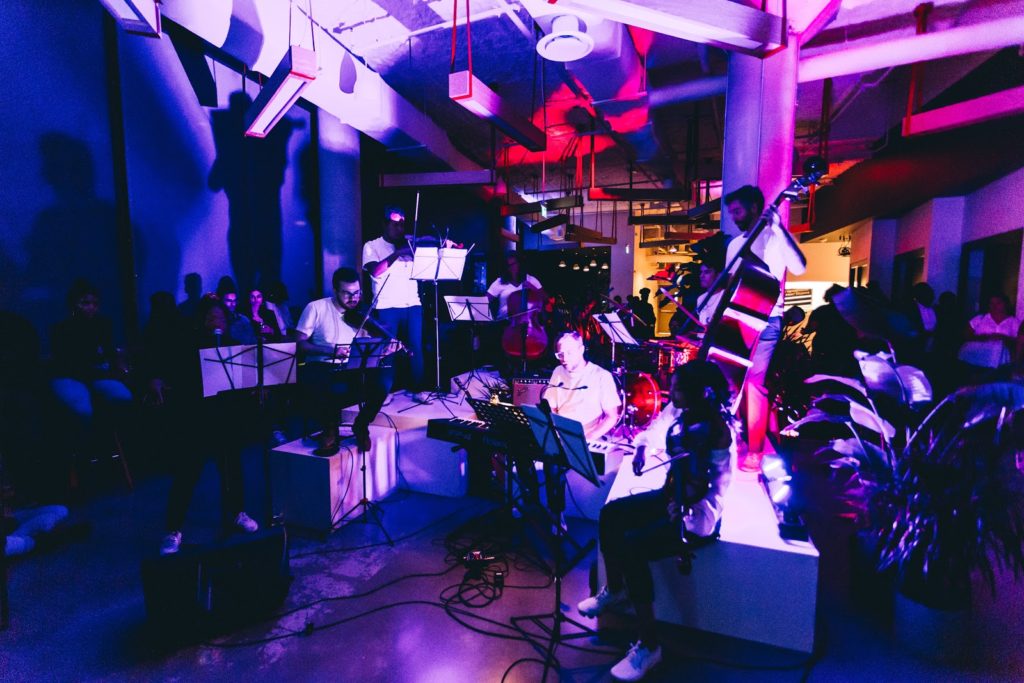 The Royal Conservatory of Music headlined CONNECTIONS in 2019 with R&B and Hip Hop covers in The Commons.

CONNECTIONS, Launchpad’s Monthly Event Series
Launchpad’s monthly CONNECTIONS event brings together 300 artists and creative industry professionals in a vibrant, playful and social atmosphere that reflects the creativity, diversity and energy of the Launchpad community. Members of the Launchpad community are chosen to showcase their work through large-scale, multimedia, interactive activations in the facility’s studios alongside leading Toronto and international artists.

COFO X Launchpad Design Challenge
Our partners COFO Design launched an exclusive design challenge for Launchpad members, focused on small household goods, home decor items and accessories. Winners of the challenge had the chance to see their designs come to life and into production for an upcoming COFO Design collection. Winners will be announced soon!

Doors Open Toronto
In May, Artscape Daniels Launchpad participated in Doors Open Toronto, an annual event showcasing some of the most architecturally, historically, culturally and socially significant buildings across Toronto. Attendees got a tour of Quadrangle’s award-winning design, with an inside look at the innovation that takes place at Launchpad on the daily. 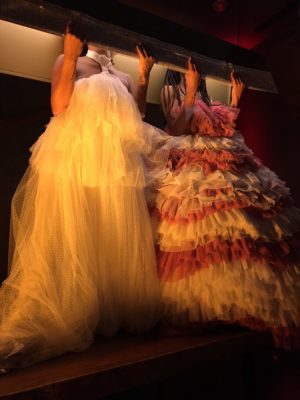 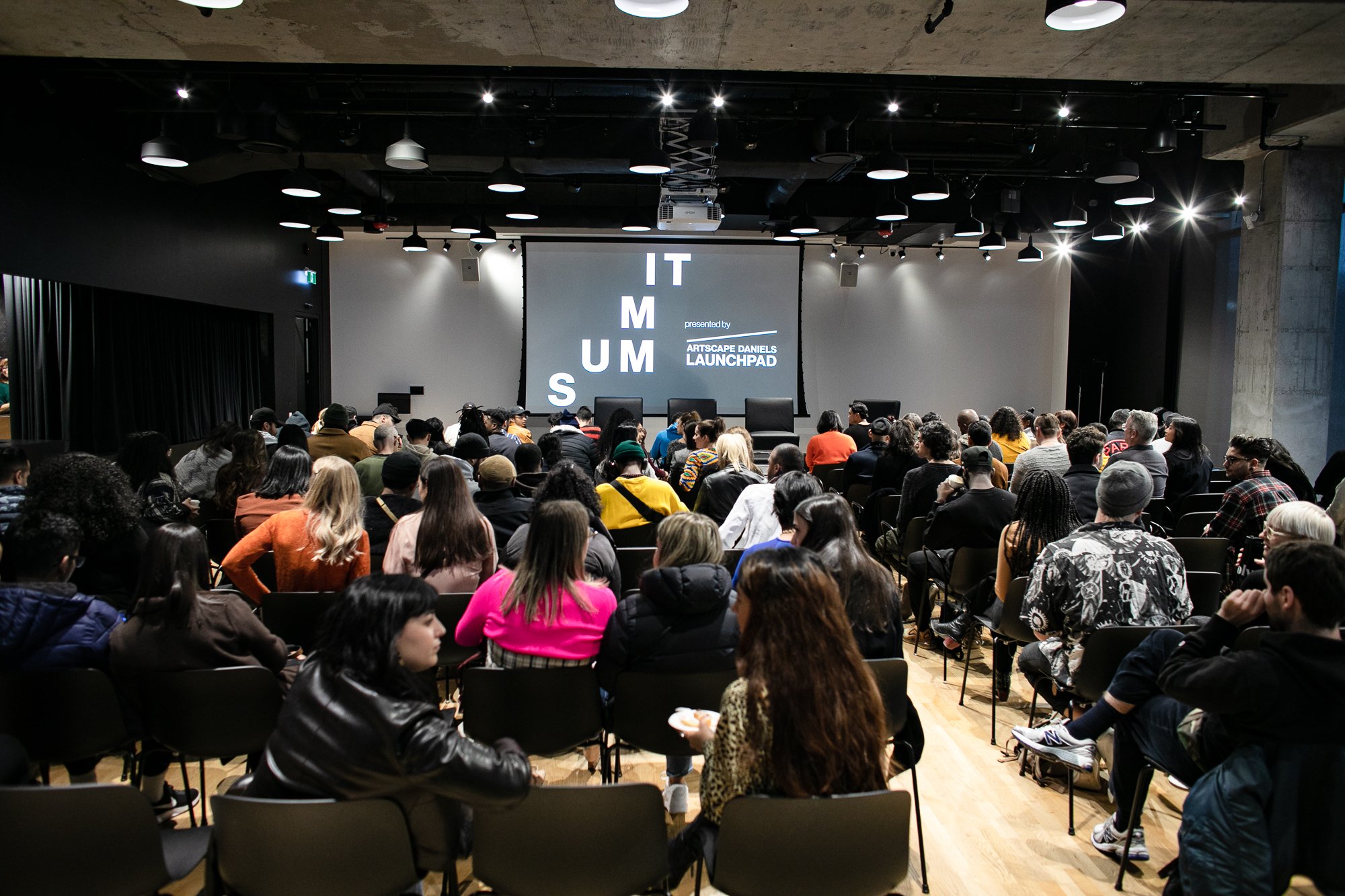 Of course, our most important milestone has been the incredible growth of Launchpad’s creative community. Whether you are an active member working in the Creative Studios daily or an emerging creative attending several Launchpad Learning sessions over the year, you have made Launchpad’s first year a memorable one.

Experience the joy of winter at Artscape Gibraltar Point

Kids, teens and adults have an opportunity to take over Gibraltar Point on January 26…