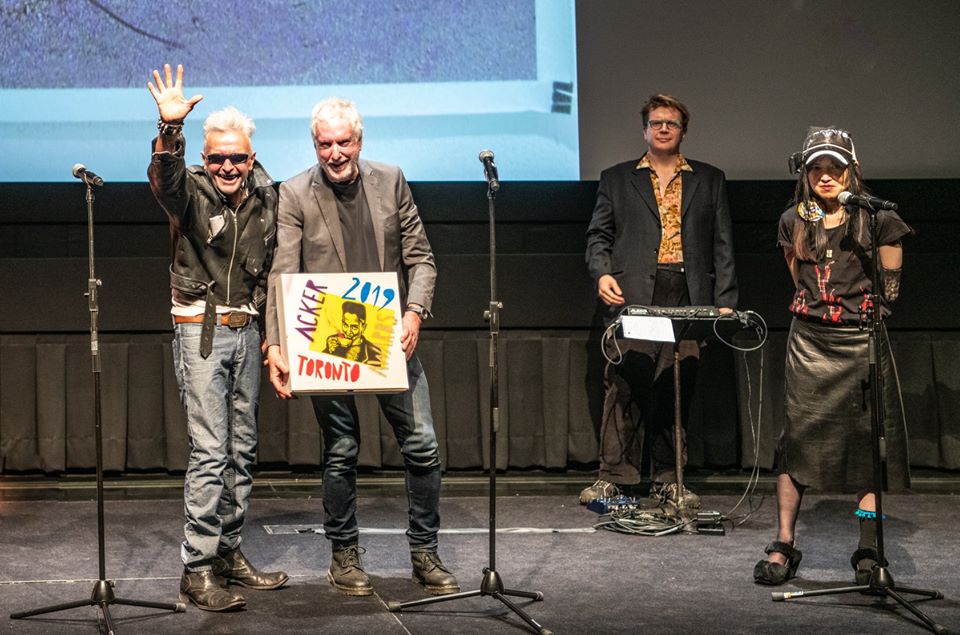 Congratulations to Phil Anderson, the longstanding Executive Director of Gallery 1313, located at Parkdale Arts and Cultural Centre. He recently won an Acker Award for his role in championing community arts in Toronto.

Phil Anderson has been the Executive Director at Gallery 1313 since January 1998 and during this time he has curated many exhibitions at the Gallery. He is a founding member and former chair of the Parkdale Village Arts Collective (1994) and a board member as a treasurer of ARCCO Artist Run Centres & Collectives of Ontario. Phil is also an artist and photographer who has been exhibiting his photo based art since 1984. 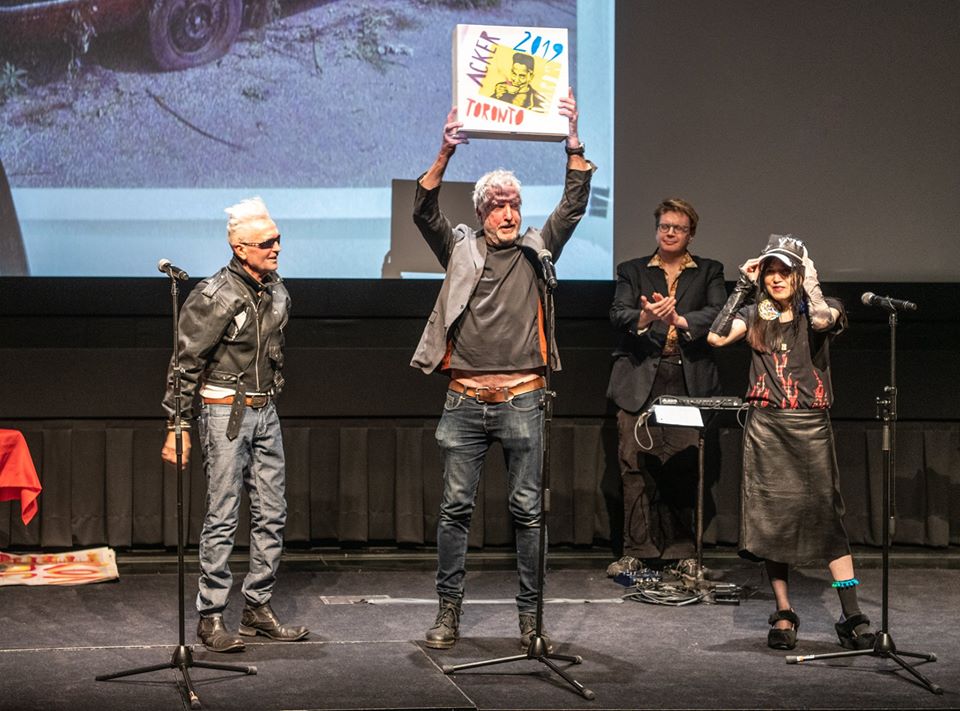 The Acker Awards are self-described as subversive, hysterical, freakish, hilarious, queer, revolutionary, and a response to the gentrification and growing corporate authority that has taken over the arts in Toronto. (Photo: Phil Anderson)

In the past, Phil has acted as a board member with a number of associations including, Artscape, The Parkdale/Liberty Economic Development Corporation, The Parkdale Arts & Cultural Centre Community Board and Queen West Gallery District. He has also been a steering committee member for Round Up Arts Studio Festival. He was a former spokesperson for the Queen West Gallery District and a freelance publicist for arts events in Toronto. Phil has worked as a freelance writing for a number of arts publications and has acted as publisher for the Toronto West Journal. He is currently one of the publishers of an online arts magazine, Art Toronto.

Phil has been involved as an organizer of events such as the Third Rail Arts Festival (from 1993-1997), the Artbeat Festival (1995, 1996, 1997) and the film screening Round Up & Third Rail (1993-1997). He is a founding member of the VisionEdge Film and Video Collective, a film and video maker and member of L.I.F.T. (Liaison of Independent Filmmakers of Toronto). Phil has also been an art program producer for ARTS CLOSE UP, a half hour arts magazine program for Maclean Hunter and then Rogers Cable. He continues his art practice and curatorial work mostly in Toronto.

The Acker Awards recognized 19 local artists of all disciplines for their pioneering and risk-taking initiatives.

This holiday season,  the classic Charles Dickens’ A Christmas Carol of past, present and future…

With the municipal election just a few weeks away, now is the ideal time to…