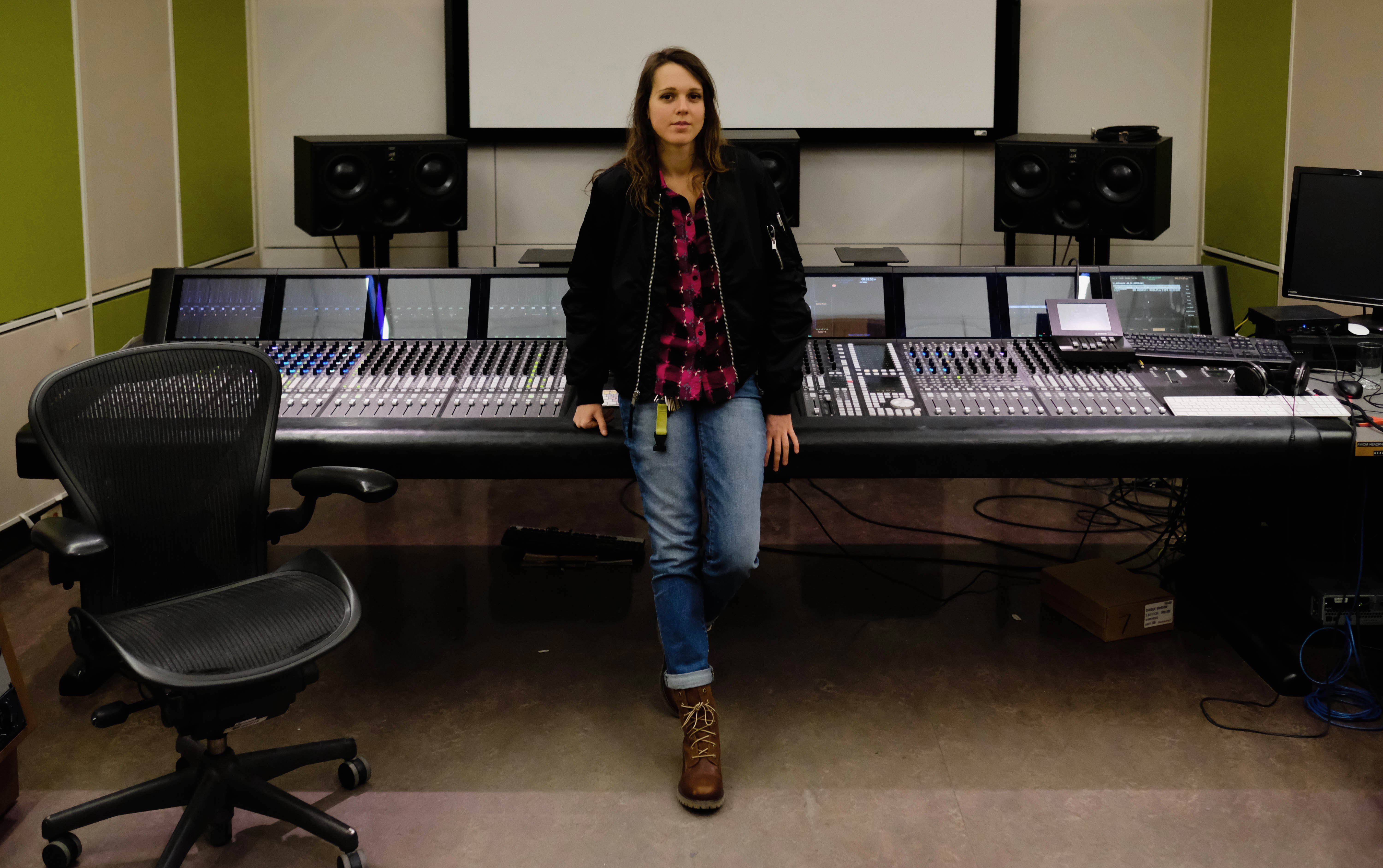 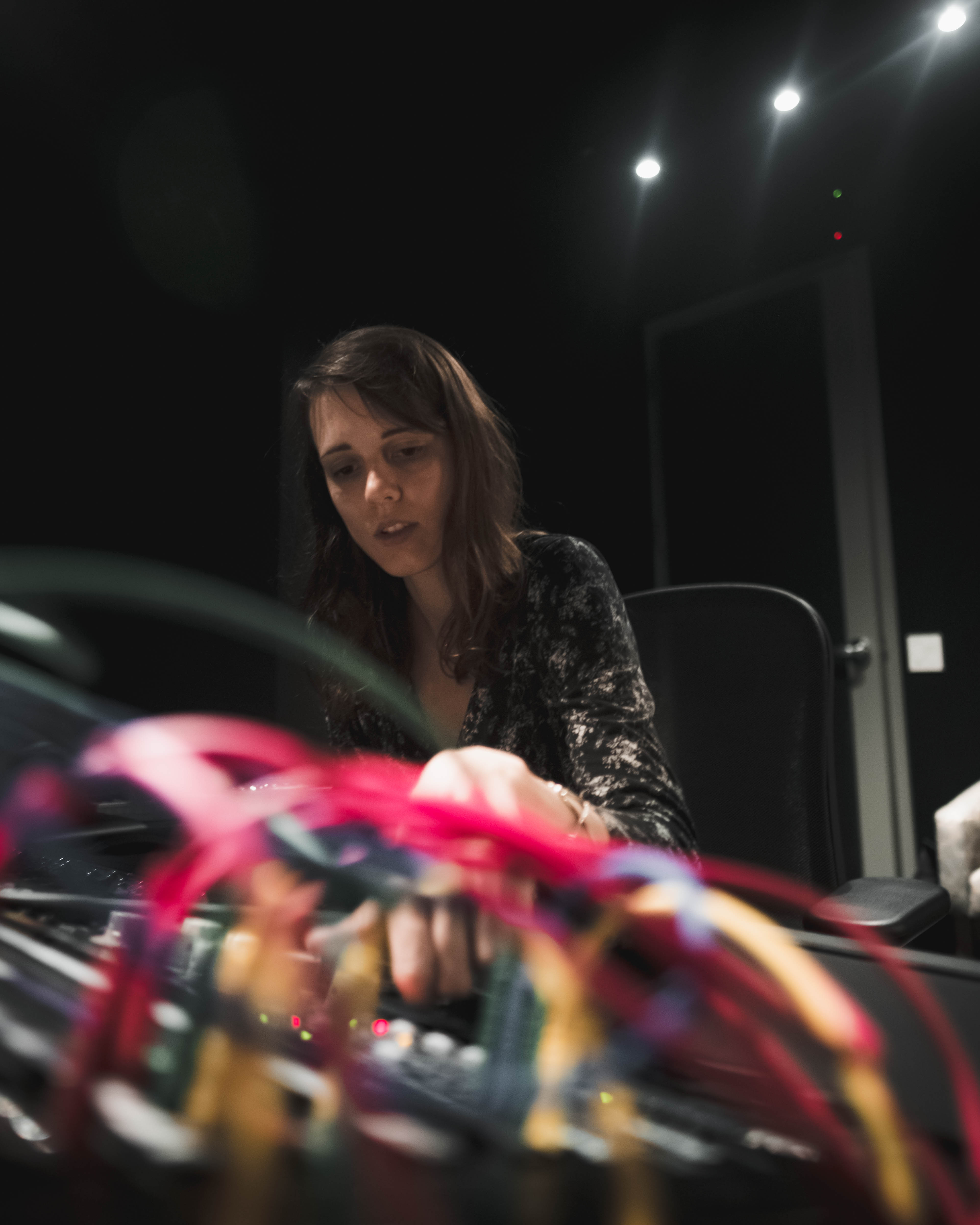 Studio Technician, Mariana Hutten entered into the field of audio production and recording as musician and songwriter, recording herself while she was playing. Eventually her interest in science and electronics led her to spend more time on the engineering and production side, than she on being a performer.

To further her knowledge, Mariana went to Concordia University in Montreal to complete her Bachelor’s degree in Electroacoustic Studies, studying composition, programming, audio engineering and sound design in depth. Now, Mariana Hutten works as a producer, mixing and mastering engineer, as well in  Launchpad’s Sound Recording Studio as a Studio Technician.

In several upcoming Digital Media Lab Workshops, Mariana is sharing her expertise in Audio Post-Production, Audio Mixing for Producers and Audio Recording Basics and Theory. In advance, we had a quick chat about the experience she gained in the field.

Do you work on a wide range of projects, film and music?

MH: I work on many different projects. Lately it’s been mostly mixing and mastering music. But I also do sound editing/mixing and sound design for film.

Nowadays audio professionals need to be as flexible as possible because there isn’t the job security there used to be. In order to make a living, especially in Canada, you need to be flexible and be a jack of all audio trades.

How have you worked with respected producers, Richard King, Eddie Kramer, Colin Lynden, and what did you learn from these industry leaders?

MH: I worked with Eddie Kramer about three years ago on a project that will be released this year. He was producing the artist I had already been working with for a while. As for Richard King, Colin Lynden, and Howard Billerman, I worked with them on different projects during my practicum at the Banff Centre for the Arts and Creativity. I learned many things from them, it’s hard to summarize, especially because each work with a different genre.  King produces classical albums for the most part as well as teach at McGill University; Lynden produces mostly folk music; and Howard does mostly indie stuff (he played drums in and recorded Arcade Fire’s “Funeral”). What I learned from them was how to manage artists, how to detect a good performance, and the daily healthy habits in the studio (what to do, what not to do). 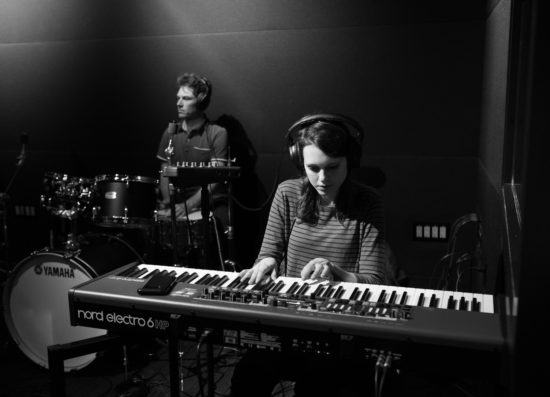 What notable projects have you worked on?

MH: I’m proud of almost every project I’ve worked on, whether it receives commercial recognition or not. But if I have to note some relevant projects in terms of scale, I worked on a CBC Series about horses (“Equus: The Story of the Horse”). I was one of the mixers of the score — which is AMAZING — by the way. I also worked (recorded and mixed) with Jens Lindemann who is not only one of the best trumpeteers in the world, but also has been named to the Order of Canada!

Sign up for an upcoming Digital Media Lab workshops to learn more.

Artscape, together with development partners Toronto Community Housing, The Daniels Corporation and the Regent Park…