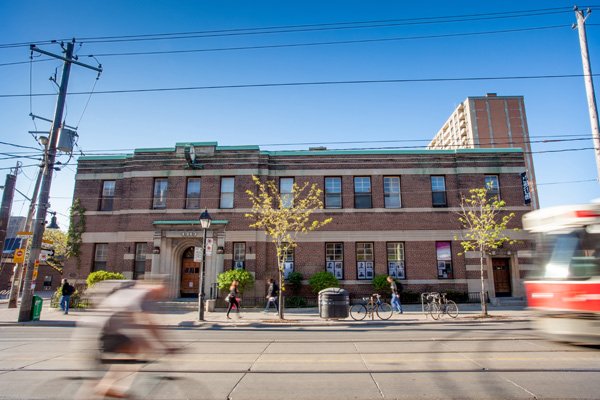 The Parkdale Community Hub initiative is exploring how five city-owned properties in the area around Queen Street West and Cowan Avenue, can benefit from a coordinated planning process that strengthens this section of Parkdale as a civic and cultural hub. On December 17, Toronto City Council approved recommendations and funding to advance the Parkdale Community Hub initiative from Phase 1 Concept to Phase 2 Feasibility. 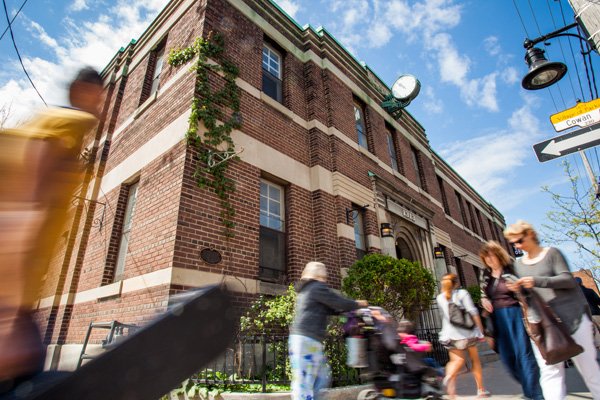 The Parkdale Arts and Cultural Centre is a unique adaptive reuse of a former police station into a mixed-use community cultural hub. For over 20 years, it has demonstrated the value of creating opportunities for Parkdale residents by bringing arts and culture, economic development, community development and affordable housing under one roof.

The proposed master plan concept developed in Phase 1 maintains the heritage portion of the PACC building but identifies that the current housing and community uses might eventually be relocated. A goal of the Parkdale Community Hub is to create additional affordable housing and community space opportunities.

Artscape’s Social Purpose Real Estate team, led by Senior Advisor, LoriAnn Girvan, has been actively engaged in discussions with the City, our residential and community members and Parkdale community-wide organizations. Artscape deputed in support of the Phase 2 recommendations, which guarantees that current live-work tenants be provided replacement live-work units in line with municipal and Provincial legislation.

“For over 20 years, Gallery 1313, Kababayan Multicultural Centre, and the Parkdale BIA have provided cultural and economic opportunities for residents in Parkdale as well as citywide,” said Girvan. “Artscape is grateful to Councillor Perks and City staff for recognizing the importance of maintaining the affordable housing and vital spaces of the Parkdale Arts and Cultural Centre.”

Artscape will work with the City to ensure that the nine artist-led households who live and work at PACC be included in consultations on designing live-work housing. Artscape has proposed that new affordable housing include 20-30 additional units of live-work housing for artist-led households. Artscape reinforced that the non-residential partners should also have a guarantee to be housed in new space should the project go forward.

Artscape will continue to engage with all residents and partners, who contribute daily to a vibrant and inclusive Parkdale, and provide updates and opportunities to engage in the process as plans move forward.

Artscape Triangle Lofts resident, Jane Luk has been a professional actor for over 30 years.…

With the municipal election just a few weeks away, now is the ideal time to…

Through the support of generous donors and the Toronto Artscape Foundation, the Ada Slaight Youth…

Exactly one month from today, come join Leanne Betasamosake Simpson and I in Toronto, June 16, for our in person (masked) launch of #RehearsalsforLiving, hosted by the brilliant
@BeverlyBain13 RSVP and share if you are up for it. https://bit.ly/3PlckIV
@AnotherStoryTO