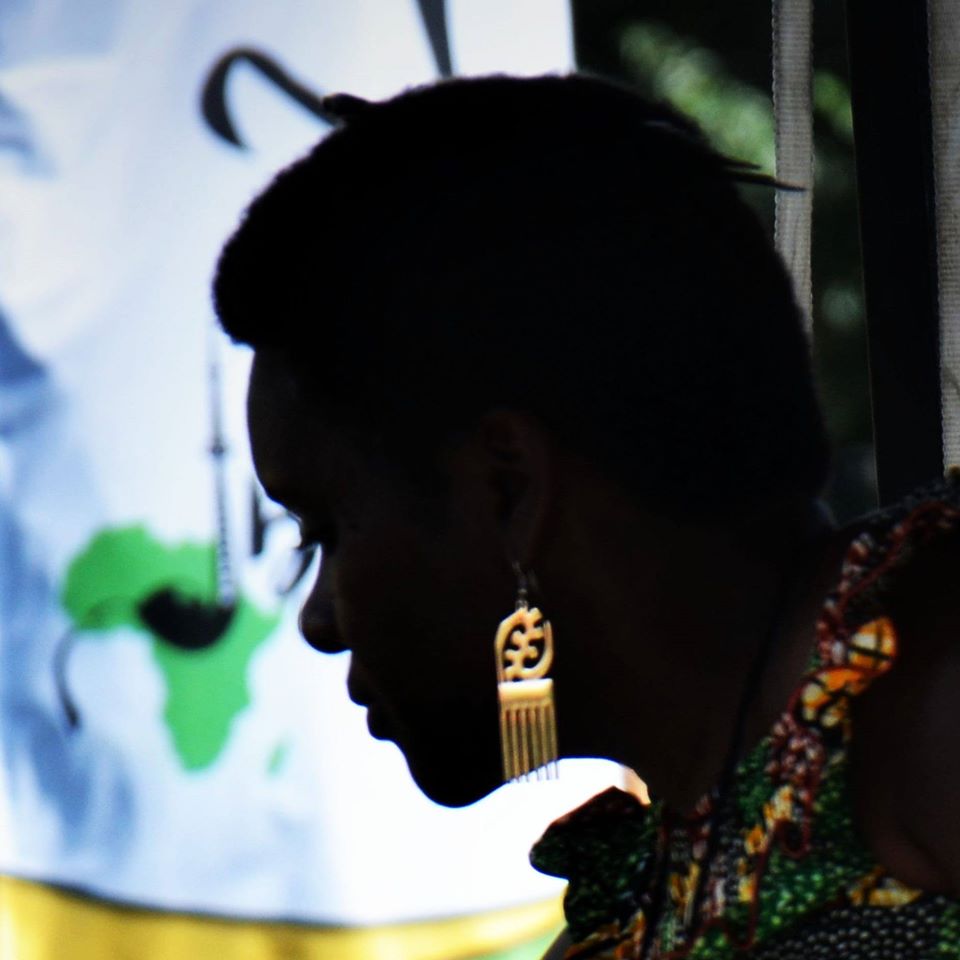 Amina AbNa Alfred is a vegan food caterer, multimedia visual artist, musician, hair and makeup artist, theatre practitioner, graphic/web designer, who works and lives at one of Artscape’s community cultural hubs. She has been self-employed for the last sixteen years and is the example she wants to set for her four children and two grandchildren. 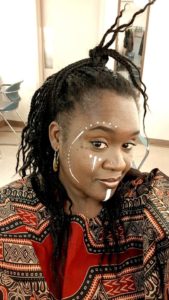 For Amina, living a legacy for her children is of the utmost priority. It is the reason she continually works on herself and doesn’t seek permission to be herself.

We caught up with this multi-talented entrepreneur to share her personal journey and creative path, from then to now.

“I don’t have any memories from my days as a little girl that was not heavily charged with creativity and art. Within my family, I am the ‘artsy’ one…always have been,” recalls Amina of her upbringing.

“I was always the kid in class whose drawings were greatly admired by my peers and teachers. I won an art competition when I was either seven or eight years old and was interviewed and featured on a local children’s television show called “Kids Beat”. I still remember how it was a little bit odd the way my peers would marvel at my artwork or acting because for me, it was such a normal space to occupy.”

Amina’s parents, who migrated from Trinidad and Tobago didn’t see much value in being an artist, and therefore, neither did Amina growing up. It was not until she attended Centennial College and OCADU did Amina truly step into her gifts and respect the beauty of being an artist.

“I was amongst other creatives, which was extremely validating and inspiring,” she affirms.

By then, Amina was in her early twenties, still working in corporate spaces, odd jobs, and extremely unfulfilled by any of it.

“Everyone at work would often ask why I wasn’t in the arts, as it was so clear that I am a naturally creative person. It wasn’t until I connected to the arts community here in Toronto, that I decided to leave my 9-5 in pursuit of my artistic expression.”

Amina ended up spending many years in the music industry and involved in various local reggae, gospel and RnB bands and choirs. She also recorded on a few of her friend’s albums.

As Amina grew artistically, she also expanded her networks, leading her to encounter Trey Anthony while volunteering for an arts organization.

Through this connection, Amina became a cast member and make-up artist for Anthony’s play turned television series “Da Kink In My Hair”. She was introduced to the Black theatre world in Toronto, working with many other theatre practitioners and artists in various capacities. 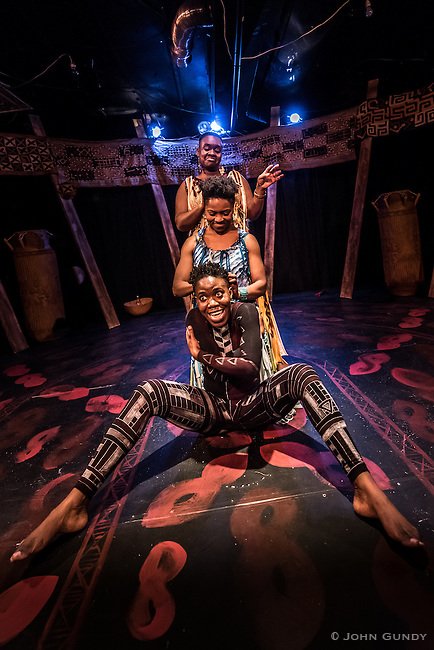 “I gained a deep respect for theatre and the performing arts during my active years within it. I grew a lot, learned a lot and contributed to work that has carved and defined Black art and art as a whole in Toronto,” she recalls. “This is something that I am very proud of.”

Amina is known to toggle in different artistic expressions and entrepreneurial arenas. “I don’t intend to give up any of these outlets, as they are all very much a part of who I am. Having these options to express myself or challenge me to learn a new thing, gives me life. I enjoy the process of curiosity: understanding a thing, exploring within it and hopefully getting really good at it.”

Being skilled and curious as Amina is, she also admits to having dyslexia too. “It is a spectrum of abilities. It is not a curse or something to be ashamed of, it can be a beautiful gift should one see it this way.” In accepting and appreciating all her abilities, it freed her to ask questions without shame and for support where necessary.

Within the last three years, Amina’s main course has been the culinary arts world as a professional vegan chef, under the name the Lady Hummingbird Culinary Arts Inc. In what began as just another culinary contribution to a business friend—Lady Hummingbird has taken flight in ways Amina would not have imagined.

“I am extremely humbled and honoured to prepare food for people from all walks of life. I have served from corporate to homeless clientele. Food is sacred. I cook from the heart.”

It is her “latest love affair”, as Amina calls it.

She continues to be thankful for all the teachers and lessons that have crossed her creative path, as they have contributed significantly to who she is—a living legacy.

‘Tis the Season for a BAM! Holiday Market!

It's (almost) the most wonderful time of the year! We can't wait to celebrate the…