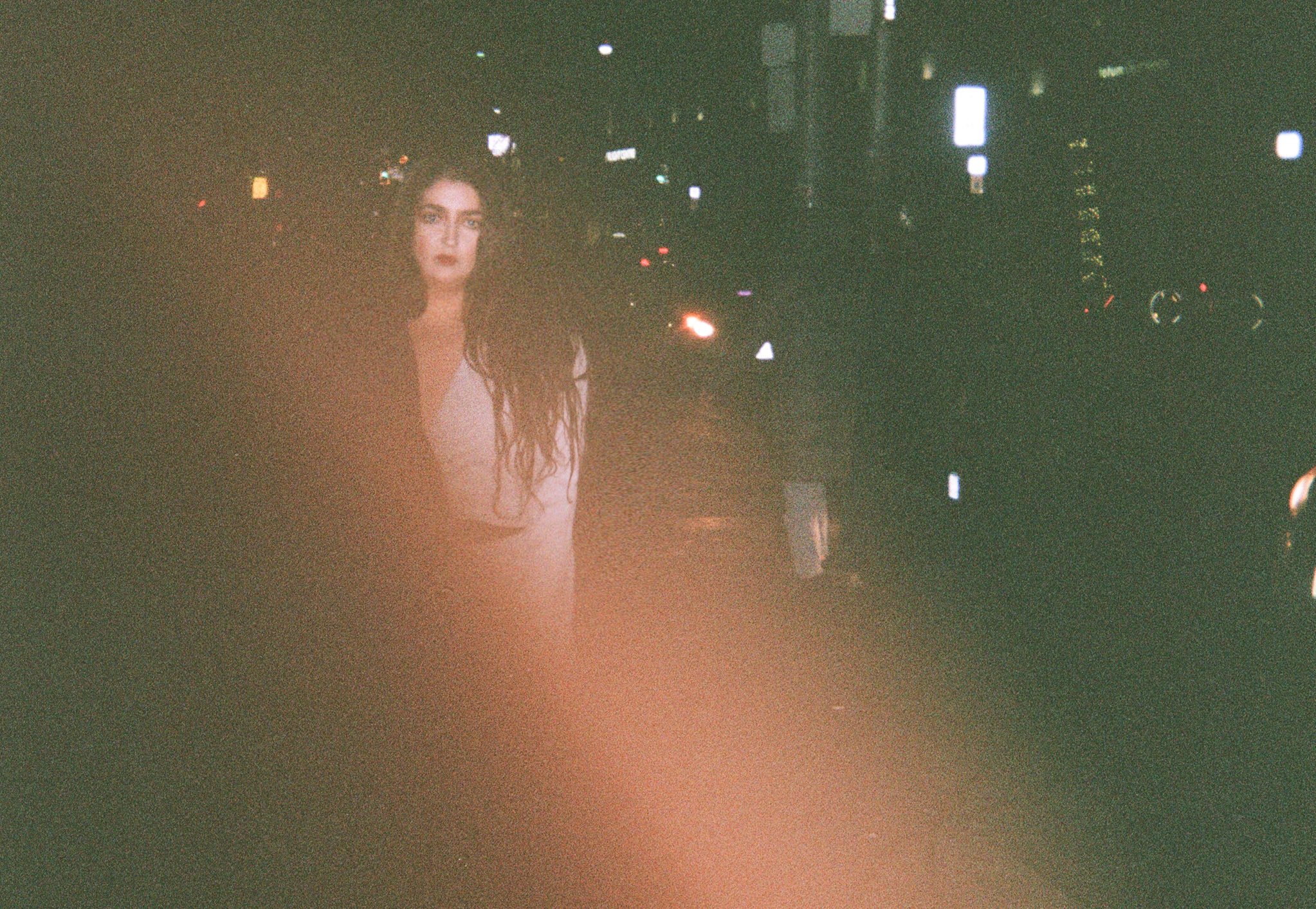 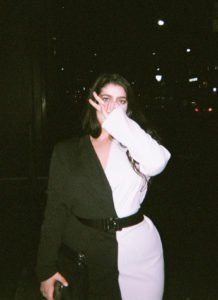 member, Sarina Hamamgi is a multi-disciplinary artist, creative consultant, and entrepreneur. On July 2, Sarina shared images of basketball planters she designed and created as interior decor pieces for her bedroom. Quickly the post was shared many times on Twitter and Sarina received close to 100 messages of people inquiring about the planters. The feedback was so overwhelming that Sarina decided to begin selling them the next day. It was all through word of mouth and the demand quickly grew, where it became impossible to handle all inquiries via direct messaging.

On July 17, Sarina launched her website to streamline the order process and to meet the increasing demand and to create a visual identity with her product. The planters have sold out numerous times on the site, have been shipped all over Canada and the US, with a recent order placed in the UK.

Since July 7, Sarina has been donating proceeds from her basketball planter sales to directly support families facing famine due to the economic crisis and shortage of food in Lebanon. The August 4 explosion worsened the situation for many of those families and Sarina has been ramping up her fundraising efforts. We spoke with Sarina about her efforts to support Lebanon using her art during this humanitarian crisis: 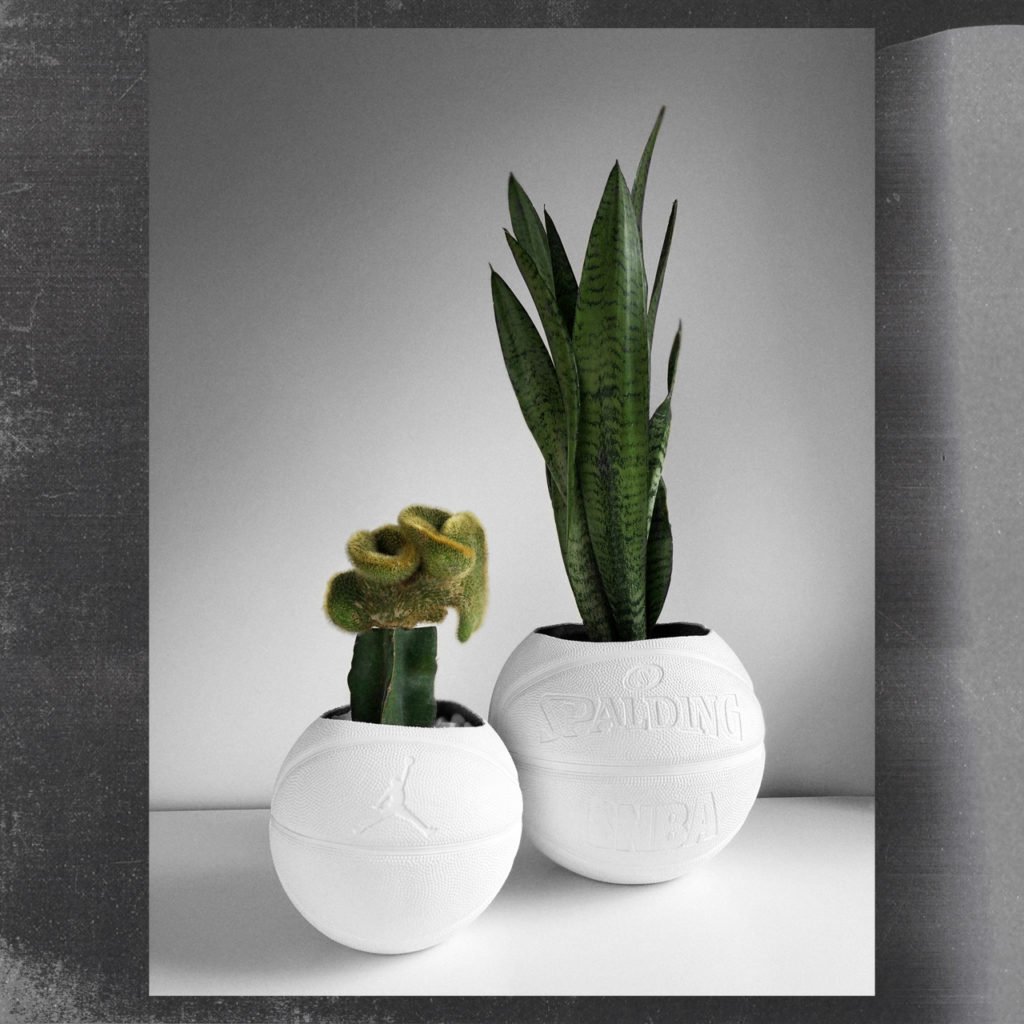 How did the Beirut explosion amplify an already difficult situation for people of Lebanon?

What’s happening in Lebanon is nothing short of a humanitarian disaster. The country completely relies on imports and is dependent on the port, which is now obliterated. Lebanon was already in total economic collapse, with people not being able to afford or access basic goods.

Hospitals are overwhelmed and understaffed. They have been short on medical supplies for months, don’t have stable electricity, and are now dealing with 5000+ injured and a rising death toll due to the August 4th explosion in Beirut. Doctors and nurses are treating patients in parking lots, and some people are being turned away. Lebanon is continuing to deal with COVID-19 outbreaks as well which were rapidly increasing in the past few weeks.

Beirut has been through so many wars, and the city was rebuilt so many times but they’ve never seen anything like this.

The situation in Lebanon is heartbreaking, Save the Children has reported that more than 500,000 kids are on the verge of dying of hunger. The debt-to-gross domestic product and hyperinflation rate was the third-highest in the world. Lebanon is the first country in MENA to experience hyperinflation, trending at 420+% this year. A third of Lebanese families lost their jobs in the past few months due to the economic crisis and a third of the population is living below the poverty line. There is a shortage of food on shelves, homes have lost electricity, and their currency has lost more than 80% of its value in less than a year. Lebanon also ranked 137th out of 180 countries (180 being the worst) on Transparency International’s 2019 Corruption Perceptions Index. 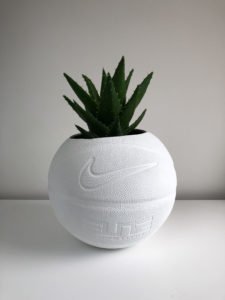 You wrote on Instagram that your family was severely impacted. Can you tell us more about how this explosion has exacerbated their situation?

I am thankful that everyone made it out alive; however, they sustained several injuries including life-threatening ones. My cousin is a nurse at the Saint George Hospital University Medical Center, also known as the “Al Roum Hospital”, situated 2 km away from the port. She was severely injured during the blast, resulting in severe damage to her skull with glass fragments stuck in her brain, as well as many broken limbs and scars. She had to receive emergency surgery and she is in critical condition. We are praying for her recovery. My uncle was working near the port as a security guard at a bank and was severely impacted with bodily injuries including a concussion, scars. My other uncle was also working in a building downtown Beirut when the explosions went off not too far, he too sustained injuries.

In terms of housing, a few members of my family had their homes completely damaged. They live 2-3 km away from the port of Beirut and experienced the worst part of the impact. Besides the impact on all the glass in the surrounding areas, the most concerning part of the blast is the damage it caused to the foundation of the homes. Most of my family lives in extremely old buildings/houses that experienced many wars, but the damage is beyond anything they have experienced, and they are concerned their structures could collapse at any moment due to the impact.

Luckily my family was doing okay before the Beirut explosion and did not require financial assistance to sustain their lives and buy food. However, the explosion changed everything. My cousin who was severely injured while working at the hospital will no longer be able to care for my aunt or financially support the household. Both of my uncles and other members of my family will potentially not have a workplace to return to, as they were severely damaged and will likely close down. 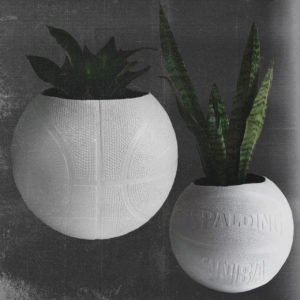 You are supporting families in need as well. How many families are you supporting and how do you connect with them?

I have been able to provide financial support to 13 families since I began donating at the beginning of July (excluding my family). I’ve donated $2000 CAD (approximately $110 USD per family). So far my list has gotten longer due to the Beirut explosion. My mom has been assisting me with the outreach in Beirut and obtaining referrals from friends, old neighbors, and anyone in the community that requires assistance.

One family we were introduced to were on the verge of panhandling because they don’t have any more money and have no home to return to.

How are you supporting Lebanese people right now? How can our readers help?

I am continuing to donate proceeds from my basketball planter sales. Many members of my network have reached out to assist outside of purchasing planters, and I have received many messages of those that would like to avoid going through online fundraising groups and send the money directly to families that need it. I have been raising funds separately via PayPal/EMT from anyone that inquires as well. I am looking to continue doing raffles as they are a very easy way to raise funds and provide the opportunity for those who cannot afford to purchase a planter.

I am also urging anyone who is looking to assist those in Lebanon by donating to Impact Lebanon’s disaster relief fund, Lebanese Red Cross, and the Lebanese Food Bank.

Take a look at Sarina’s basketball planters and donate here. Since this article went live, The Pop Up Petal reached out to Sarina sponsor her next raffle after seeing our social media posts. For $5, people can purchase an entry to win a basketball planter! More details and to enter, visit Sarina.Studio.

Meet, Tom Hobson, electrical engineer and artist from Toronto. Recently, he joined the team at…

This July, Artscape welcomed a new leader to the organization. Chalo Hancock joined the Artscape…