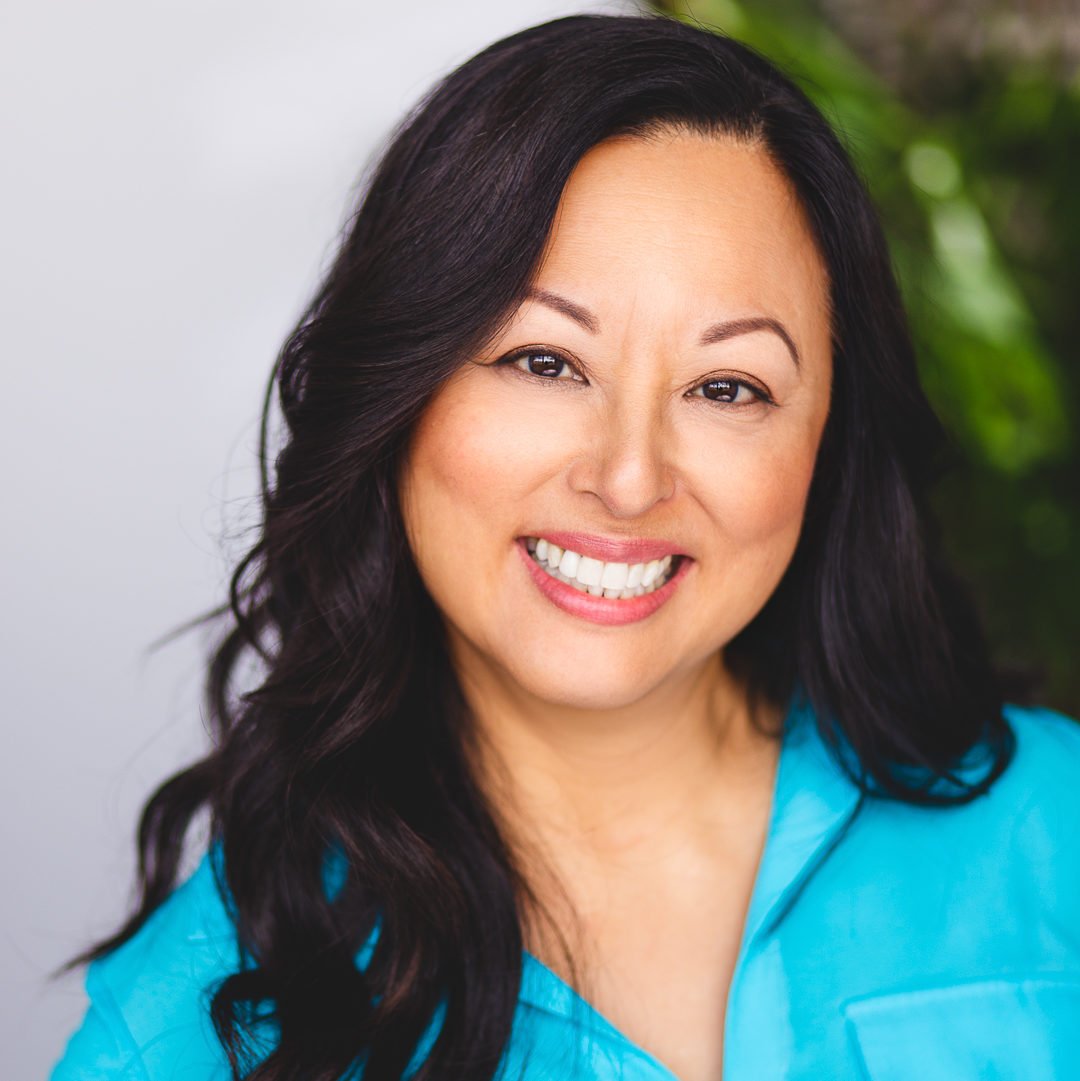 Artscape Triangle Lofts resident, Jane Luk has been a professional actor for over 30 years. She received formal acting training at Humber Theatre and continues to hone her craft.

“I love the process of theatre — a community of artists who gather to realize the life of the project,” claims Jane.

“The actors and director(s) breathe life into the characters, the story and the vision. The vision is supported by the designers and technical experts to make it even more fully realized. And then of course to perform and share that energy with an audience is like no other.”

Jane admires how driven theatre artists become to get the production rolling when they have a deep passion and belief in the story, despite most projects having little to no budget. For her, it’s a labour of love.

When preparing for a new role or project, Jane reads through the script and makes educated guesses from the surrounding dialogue in her scene. If the subject is something that she is unfamiliar with or if the production introduces new characters, she’ll do research to gain familiarity. She reads the script out loud to get a feel for how the words sound and feel, or asking questions and making strong choices for character and narrative.

One of her more memorable roles was playing Madam Wu in the premiere production of Bachelor Man by Winston Kam. The play takes place during the time of the Head Tax and the Exclusion Act after the CPR was built which kept thousands of Chinese families apart for years.

“I was focusing on film and television since the theatre world wasn’t very open to BIPOC people back then,” she recalls. “It was my first time working with [renowned theatrical director] Peter Hinton and with an all-Asian cast. That was historical for me.”

She also starred in Mother Tongue by Betty Quan, a play she overlooked at first because of her lack of fluency in Cantonese. She worked with theatre artist, Diana Tso and later her mother, Alice Tso, to interpret the text for hours to improve her Cantonese to a level where she could take on the key role of Mother, who spoke no English during the entire play. 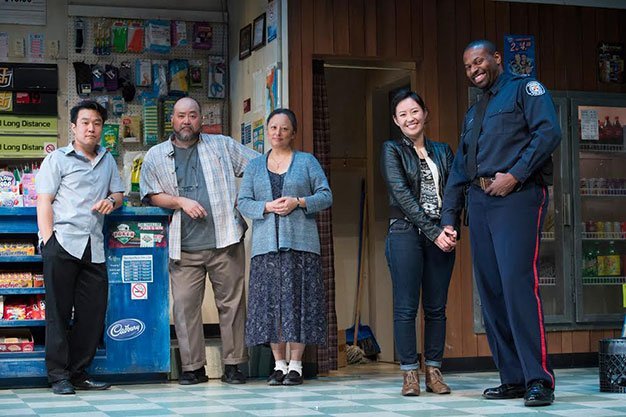 The cast of the theatre production of Kim’s Convenience, including Jane Luk as Umma. (Source: Now Magazine)

In the last few years, she joined the Western tour of the theatrical performance of Kim’s Convenience, playing the role of Umma.

“It was difficult to find a role model when I started out. There were no Asian female actors who were familiar to me except Nancy Kwan from James Bond movies,” recalls Jane.

“But Carol Burnett was definitely someone I looked up to as a woman who starred in her own show. I also loved Diahann Carol as the star of Julia–a black female actor playing a nurse and single mother.”

Outside of theatre, you may recognize Jane from television shows such as The Polka Dot Door, Anne with an E, Kim’s Convenience, and more recently from the Netflix series, Spinning Out. She was also cast in the 1988 psychological-thriller film, Dead Ringers, where she worked with legendary director David Cronenberg. And she also starred as a rebel, Mrs. Lee, in the hit TV show, Lonesome Dove:

“[Lonesome Dove] was the first time that I felt a big production like this valued my opinion.  They asked my thoughts for my character’s wardrobe, given this was a Western and allowed me to do an accent that was more intelligent and fitting for the character,” explains Jane.

When Jane takes on a new project, she questions: What is the voice saying in the project?

“Red flags go up if I sense any kind of disempowerment to voices who are already marginal. Of course, context is key. I also look at the challenge of the work. I ask if it excites me, empowers me, brings me joy,” she explains. 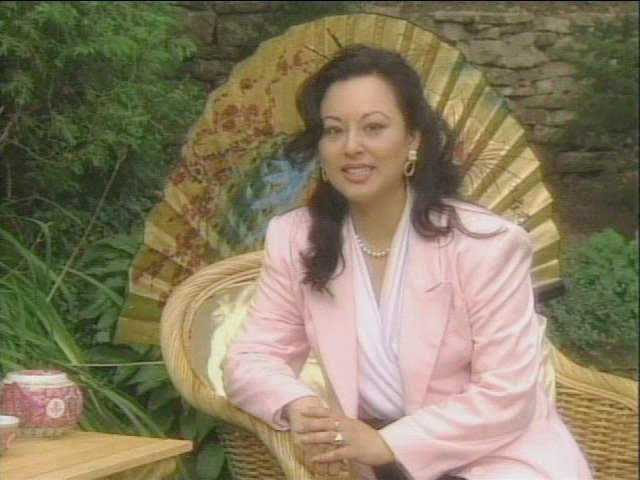 Jane Luk pictured above as How to be More Chinese character, Cathy Lee Crawford. She is the spokesperson for AsiaTech and  here she is pouring her heart out after her transformation to becoming more Chinese through the DNA altering formula. (Source: Jane Luk)

One of her career highlights was writing a mock infomercial called, How to Be More Chinese, that promised to improve lives by altering your DNA to bring out your inner Chinese. For her, it was a way to talk about media stereotyping using humour.  It was performed live at benefits and festivals, and later Jane adapted the script for film and turned it into a short film. It was eventually acquired by the Comedy Network and ran for two years.

Watch Jane perform at the Just for Laughs World Improve Championship in 2012 in this YouTube clip.

Her comedy career has also been full of highlights. She was asked to play in the Just for Laughs World Improv Championships for the Montreal team as well as for Toronto two years prior. She has done stand-up for the Winnipeg Comedy Festival.

Now with COVID-19 impacting auditions, Jane’s day-to-day consists of submitting self-tapes, which involve more effort in terms of lighting, camera set-up, hair, make-up and wardrobe, in addition to learning lines. She records audio auditions in her closet and uses her washing machine as a stand.

Jane has lived in her Artscape Triangle Lofts apartment since September 2010, where she had an instant feeling of community with her artist neighbours.

“I always felt safe in knowing that as fellow artists we understood the things that drive us to create,” she recalls.

In the ten years since she moved in, the community has evolved with new tenants and owners moving in, but as one of the longest standing residents, she always makes an effort to acknowledge new people in the building.

Make sure to look out for Jane Luk while watching your favourite CBC shows, Kim’s Convenience and Anne with an E, or  Spinning Out on Netflix.

Colleen Murphy, a celebrated playwright, filmmaker and librettist and member of Artscape’s artist community, is…