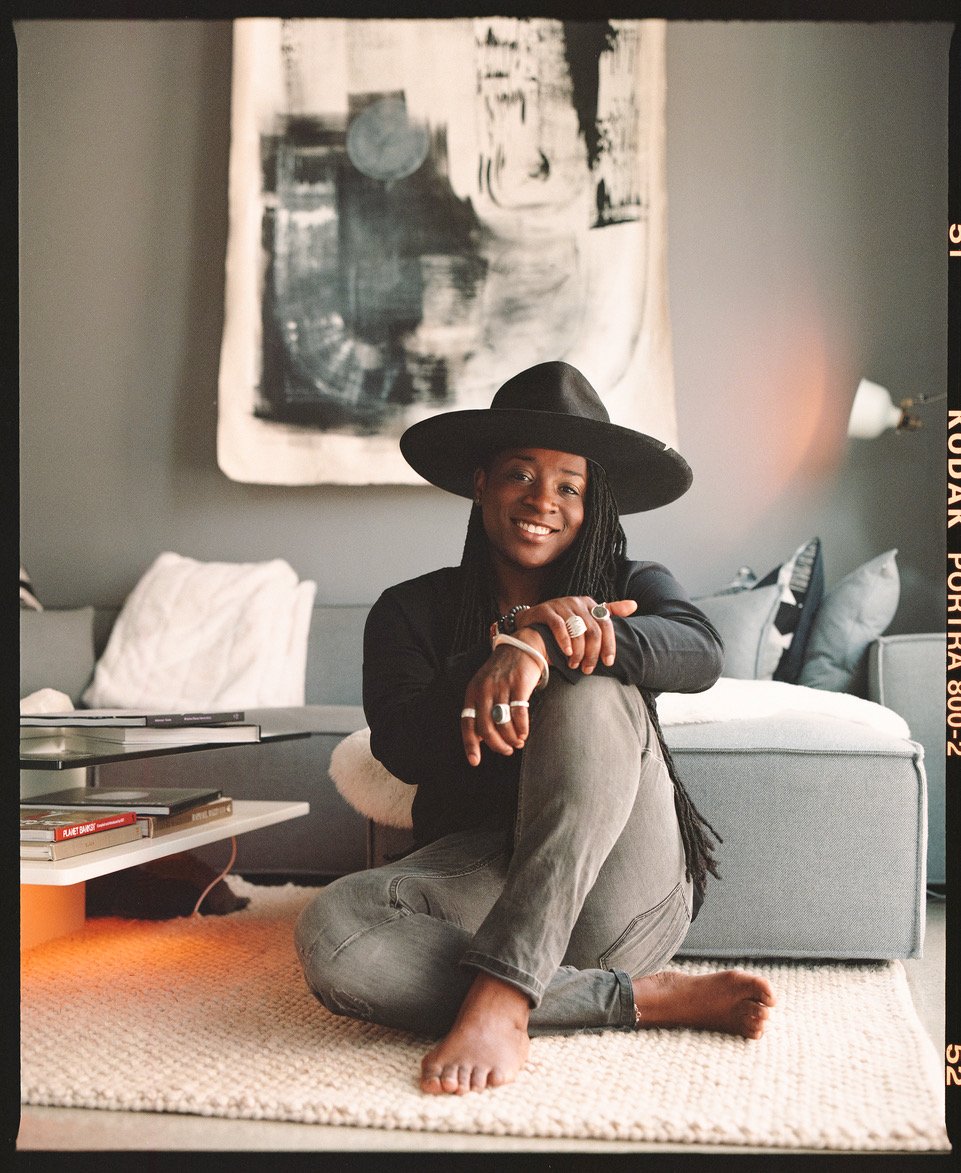 The live/work spaces within Artscape Triangle Lofts are inhabited by an incredible group of artists, and arts professionals in the Queen West Triangle. One artist in particular, Ashley McKenzie-Barnes – an original owner since 2010 – has not only grown her artistic career and agency out of her space, but has transformed it from the open-concept loft that it was, to a beautifully finished, warm, inviting space full of artistic touches. 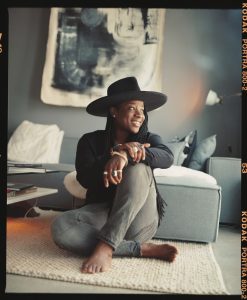 Thirteen years later, Ashley bids an emotional farewell to her space at Artscape Triangle Lofts, reflecting on her positive experiences living within this artistic community, and in the space itself.

“ATL allowed me to harness my creative career and build out my agency over the years with the opportunity to live within an affordable home, that was situated in Toronto’s most creative area, Queen West,” she says. “I’ve built a great network, some public projects and valuable relationships in the area over the years.”

How It All Started

Over a decade ago, Artscape developed 48 homeownership spaces for artists and arts professionals within Artscape Triangle Lofts , which launched its Affordable Homeownership Program. Ashley was one of the first owners to take part.

“The financial assistance was the main part of my decision to move into Artscape as it allowed me to reside in a community and neighbourhood that specifically supportive to the arts, with an affordable for a full time arts professional,” says Ashley, adding that the area of Queen West was one she wanted to tap into due to its artistic qualities and career opportunities.

“The assistance program helped to not only lower the monthly mortgage carry when I was starting out, but also help with a significant down-payment, that was impactful on getting mortgage approvals.”

Now onto the space itself – Ashley has been featured in several publications including the Toronto Star, and Designlines Magazine, where her work on her unit has been showcased.

Upon moving in, Ashley took advantage of the open concept space and saw the potential to make it more contemporary, refined and artistic.

“It was important for me to create a space that felt like a living space, work space and gallery. Over the years this meant being able to create a dedicated space for all those purposes. When I moved in, I immediately took advantage of the open concept space and industrial columns to make it functional but still feel authentic to loft living,” she said.

She converted the entrance hallway into a gallery space with the use of minimal wall lighting, set overtop several art pieces and sculptures – the backdrop for many of her networking and client events.

In the bathroom, she added ceramic and white porcelain tiles to the floors and walls, a new, luxurious glass-framed bathtub, as well as stainless steel shelving, floating vanity and mirrored cabinets.

But she didn’t stop there. Ecobee thermostats were inserted in the living and bedroom spaces, thick and doubled baseboards were installed, concrete columns were painted to brighten the look of the space, fabric roller blinds were added as luxurious touches to compliment the windows, and the concrete ceilings were treated.

Other notable restorations include a large two-level closet with barn doors, built in mirrors to maximize storage and space and new flooring to give the bedroom more warmth.

Artscape’s mission is to enable space for creativity. When creative people come together, they have an incredible capacity for community building – fostering resiliency, vibrancy and a richness of culture and diversity within the area – something Ashley says was evident at Artscape Triangle Lofts.

“The community felt like a variety of talent and creative minds. I’ve worked closely with neighbours like Brandy Leary on projects like Nuit Blanche or at the Harbourfront Centre. It’s been great to have like-minded individuals in the building to help build cultural programming and share ideation across different artistic practices,” she says.

“While having a spacious home and work area to produce, build, ideate, and host creative projects within the neighbourhood is filled with businesses and workspaces that are also supportive to the creative community.”

Ashley will be relocating to another space, attributing her ability to move onto a larger unit in a prominent downtown area to the support of Artscape’s Affordable Ownership Program and the value of her time within the creative community of Artscape Triangle Lofts .

Ashely is eager to see the unit go to another creative who can benefit from the same dynamic environment. “1000+ sf in this area is a rare find,” adding “this was the reason I stayed in my unit for over a decade, and was able to successfully build my agency there. I was not restricted by the size or location of my unit.”

You can catch Ashley in her upcoming curatorial projects happening this summer, including the instillation of a large, permanent Canadian Collection of Art in the new CIBC Towers, as well as a smaller collection of artworks at the new Universal Music offices in Liberty Village.

To learn more about Ashley and her work, click here.

Artscape has hit the ground running in 2020 on advancing Artscape 5.0 Strategic Plan goals,…

CreativeTO 2019 raises essential funds in support of arts and culture!

On May 9, Artscape Daniels Launchpad pulsated with creative energy, as The Toronto Artscape Foundation's…