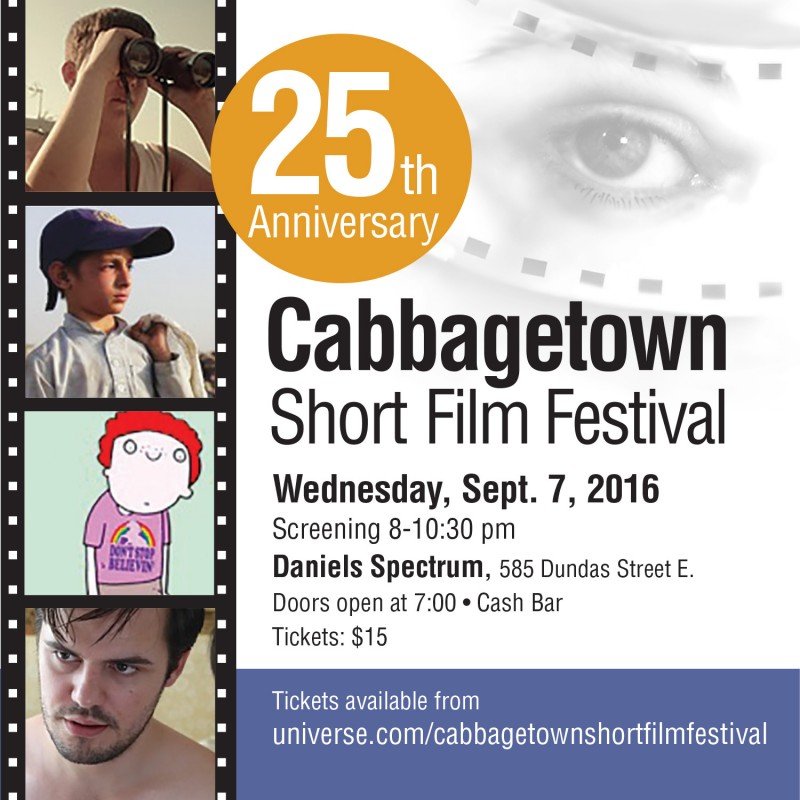 The Annual Cabbagetown Short Film Festival will celebrate 25th anniversary with an all new program of outstanding short films submitted by filmmakers from around the world and across Canada. This juried program promises something for everyone, with a diverse range of shorts, including Drama, Documentary, Animation and Comedy.

This not to be missed, one-night-only event is a Cabbagetown tradition which has included many early short films from notable Canadian filmmakers such as Sarah Polley, Vincenzo Natali, John Fawcett, Tiffany Hsiung, Michael Dowse, Stephen Dunn, and many more as well as foriegn shorts that allow us an insight into other cultures.

The Cabbagetown Short Film Festival stands out as a gem in the Toronto film festival calendar.

Only a limited number of tickets will be available at the door, Don’t miss out, buy your tickets online!