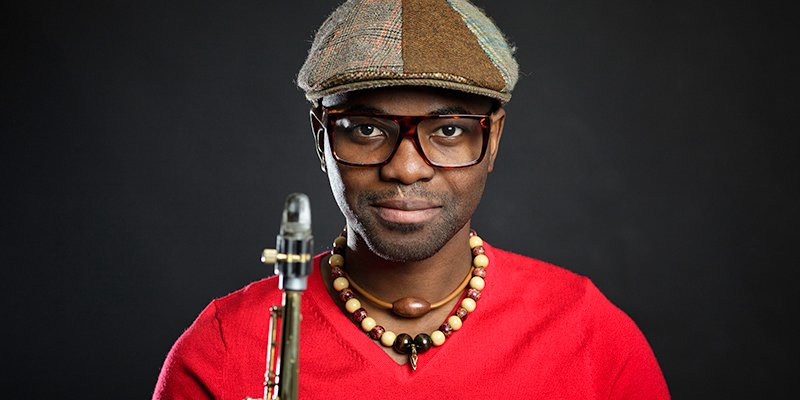 Ivan Mazuze is a Norway based composer, award-winning saxophonist, and world jazz artist of Mozambique origin.

In the last seven years, Mazuze has been representing the “world jazz” coming out of Norway at numerous musical events and festivals around the world, in collaboration with Norwegian based cultural institutions such as Arts Council Norway and Music Norway.

The Ivan Mazuze Quartet presents world jazz at its best.

Deeply rooted in African Jazz, his melodic tunes are backed by a powerful rhythm section consisting of electric bass and acoustic piano as pillars, which gives space for improvisations, creating a landscape that moves between Jazz and the African urban soundscape.

In this performance Mazuze will be featuring some of the prominent musicians from Canada and Portugal as an extension of his various collaboration projects.

His latest album, “Ubuntu,” is featured in the Compilation album “Jazz from Norway 7th edition.” It affords a good picture of the Norwegian jazz scene today, ranging from mainstream to more modern forms, including what has come to be known as the Nordic sound. The JazzCD.no – 7th set shows the variety, versatility and quality of jazz in Norway today.

“Ivan Mazuze personifies generosity of spirit on this album. There is a kind of benevolence and compassion about his work that lifts you, makes you smile and feel good inside. In the words of Henry Wadsworth Longfellow, ‘Music is the universal language of mankind.’”- David Fischel – Norway

“Ivan has the confidence of a runner who can go at top speed if necessary but who knows the value of superb phrasing and tone.” Anya Wassenberg, Arts and Culture Maven – Canada

“This is the third album that he has recorded and reveals a talented composer and multi-instrumentalist playing at the top of his game.” Chris Baber, Jazz Views