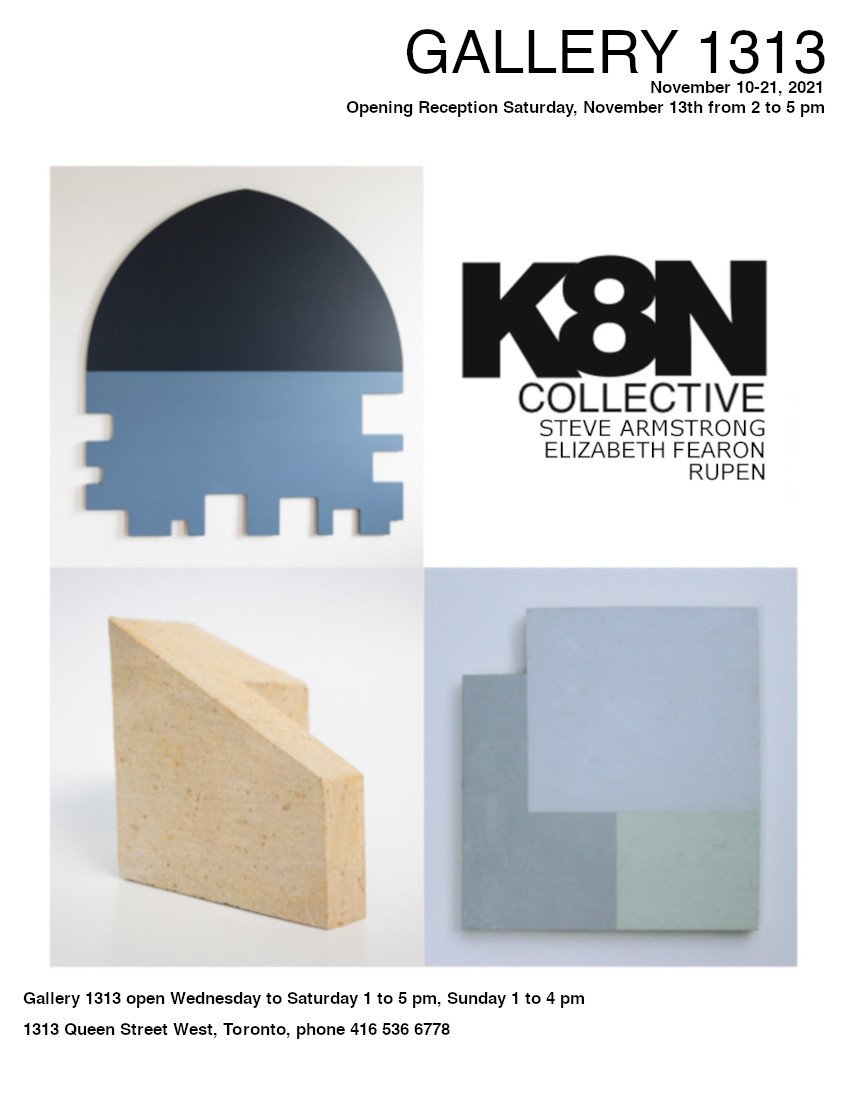 The K8N Collective, comprised of Steve Armstrong, Elizabeth Fearon, and Rupen is interested in issues around the ongoing influence of Modernism and Postminimalism. These include human scale, the human touch, and evidence of our personal existence.
Armstrong’s work is primarily concerned with surfaces, which is ultimately the only thing we have access to. For example, drilling a hole in an object doesn’t reveal an interior, all it does is increase the surface area. He mostly works with plywood and considers paint, and the grain of raw wood to be completely equivalent. His application of paint avoids the ‘painterly’, and instead the paint appears to be literally substantial, to be seen as an object just as much the plywood. Nonetheless, it is inevitable that the surfaces will tend to have a virtual, illusory depth. The goal is to encourage the ambiguity of seeing something in two conflicting ways at the same time – an impenetrable surface and something that can be looked through.

In Fearon’s sculptures the compositional decisions assert a claim, or proof of her existence. The raw physical effort inherent in the reductive practice of carving is a mark of the hand and a measure of time. While the hand’s efforts are momentary, the resulting marks are captured in the permanence of the stone. Though Fearon’s hand manipulates the stone, the veins in the stone speak of a hidden interior which can never be revealed. These new works are just as diaristic as her realistic sculptures, though they explore existence rather than lived moments. Specifically, they talk about her existence in the modernist/minimalist language she has grown through.

Rupen’s most recent project begins as a blueprint-like drawing of forms, spaces, divisions, angle lines, etc. When that part of the work is complete, gouache paint is applied to selected areas. It is with this finished painting that he decides if the work will also be formed into a wall hung sculpture covering an area of about 4’x4’. Visually these works may be identified with a post minimalist practice. They also support the concepts of copyright and chance formations.

The members of the K8N collective do not collaborate on individual works, each has their own practice, but they have a shared vision.