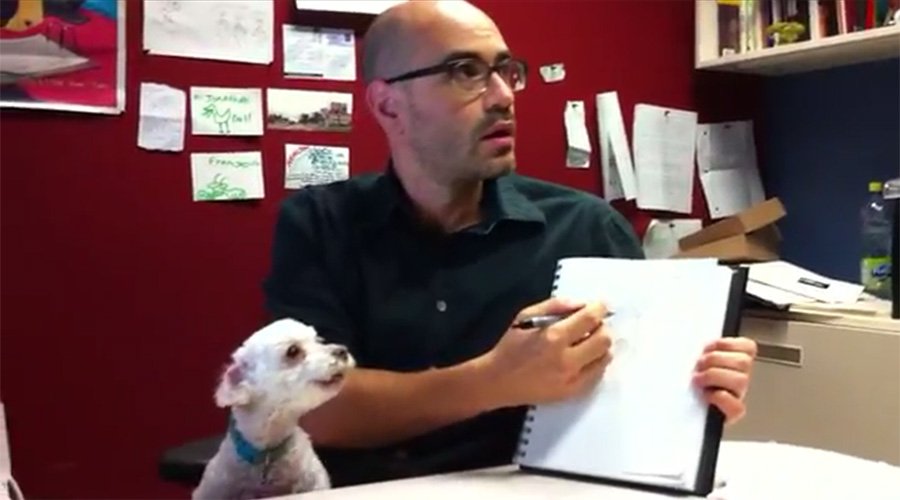 The Koffler Gallery presents an afternoon of humorous and thoughtful conversation with award-winning author Jonathan Goldstein and the AGO’s associate curator of Canadian art Georgiana Uhlyarik, exploring ideas of spirituality through a contemporary, secular lens.

The program will begin with a brief guided tour of the Koffler Gallery’s current exhibition, PARDES, which features the work of four Israeli sound and multi-media artists investigating notions of mysticism, heresy and the occult from secular perspectives. The conversation will continue across the hall in the intimate Small World Music Centre studio, where Jonathan will also read excerpts from his recent book, Ladies and Gentlemen, The Bible! – a series of re-imagined biblical stories reinvented as humorous, contemporary parables.

Jonathan Goldstein is the award-winning author of Lenny Bruce Is Dead, Ladies and Gentlemen, The Bible! and I’ll Seize the Day Tomorrow . His work has appeared in The Walrus, New York Times Magazine, GQ, National Post, and The New York Times. He is also well-known for his work on the radio programs This American Life and CBC’s Wire Tap.

Georgiana Uhlyarik is Associate Curator in Canadian Art at the Art Gallery of Ontario. She has guest curated Akira Yoshikawa: The Way of Now at the Koffler Gallery in 2008. Originally from Romania, she lives in Toronto with her twin sons.