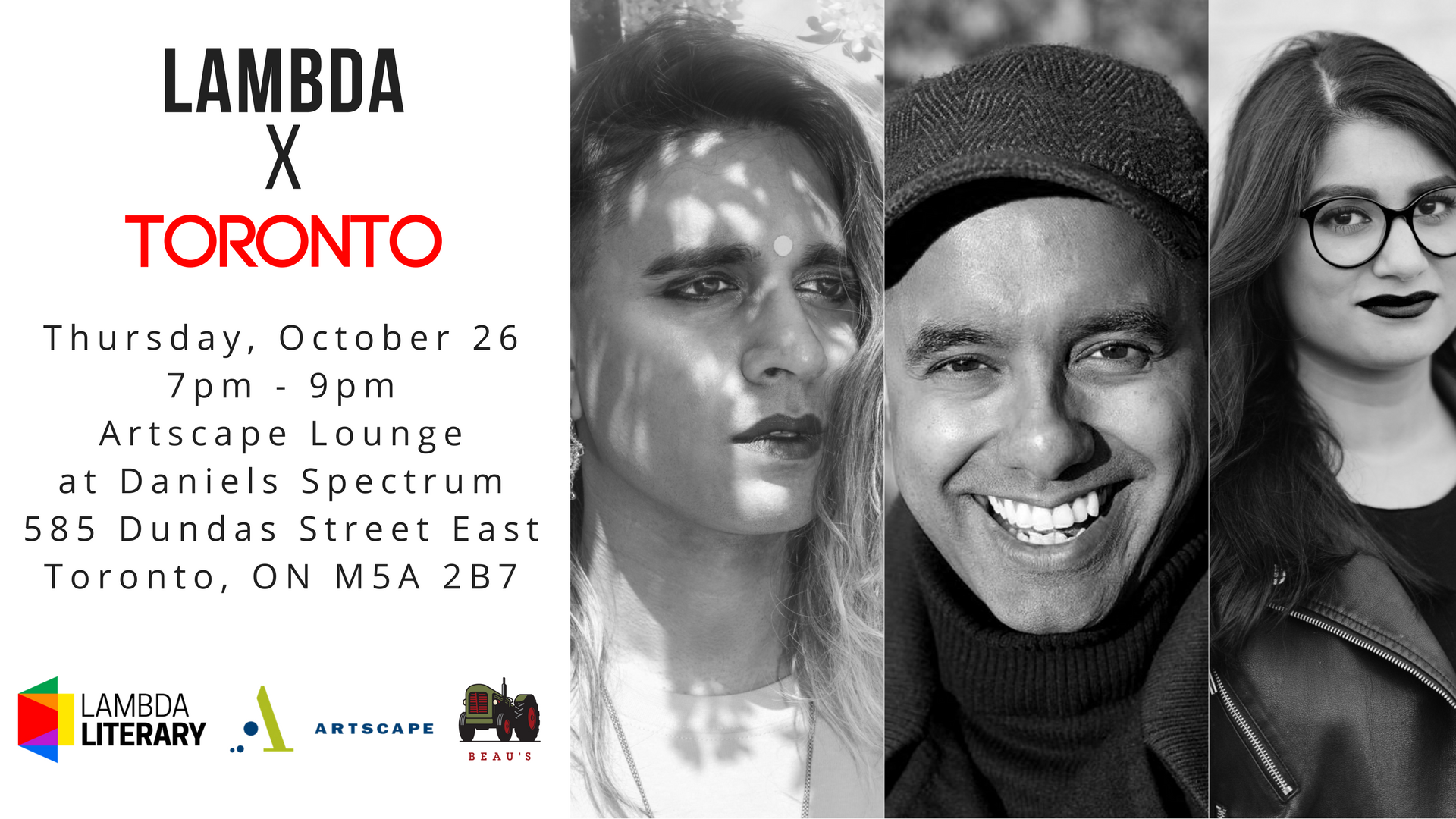 Lambda Literary invites you to LAMBDA x TORONTO, a night of readings and a cabaret performance, featuring Vivek Shraya, Rakesh Satyal, and Scaachi Koul. Come out for a night of literature and drinks! Tickets are $10 in advance and $12 at the door.

VIVEK SHRAYA is a Toronto-based artist whose body of work includes several albums, films, and books. Her first book of poetry, even this page is white, won a 2017 Publisher Triangle Award and was longlisted for CBC’s Canada Reads. Her debut novel, She of the Mountains, was named one of The Globe and Mail’s Best Books, and her first children’s picture book, The Boy & the Bindi, was featured on the National Post Bestseller List. Vivek has read and performed inter­nationally at shows, festivals and post-secondary institutions, including sharing the stage with Tegan & Sara. She is one half of the music duo Too Attached and the founder of the publishing imprint VS. Books. A four-time Lambda Literary Award finalist, Vivek was a 2016 Pride Toronto Grand Marshal, and has received honours from Toronto Arts Foundation and The Writers’ Trust of Canada.

Rakesh Satyal is an American novelist, best known for his Lambda Literary Award-winning debut novel Blue Boy. Blue Boy won the 2009 Prose/Poetry Award from the Association of Asian American Studies and Satyal was a recipient of a 2010 Fellowship in Fiction from the New York Foundation for the Arts. His latest novel is No One Can Pronounce My Name.

Scaachi Koul is a Culture Writer for BuzzFeed and her debut collection of essays, One Day We’ll All Be Dead And None Of This Will Matter, is out now.