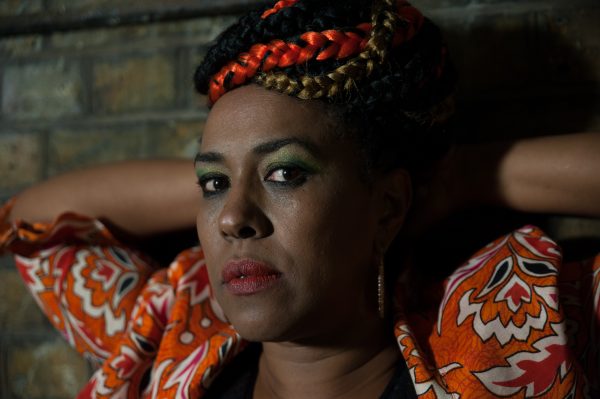 Rasha is a uniquely gifted Sudanese singer, musician and songwriter who has had a global presence in the international music scene for over 25 years. Rasha emigrated to Spain in 1991 to escape the volatile situation in Sudan, where the new regime after the coup in 1989 was also enforcing strict rules on women’s dress and basic freedoms. Rasha’s musical style is a fascinating amalgamation of Nubian cultural traditions, the rhythms of central Sudan, the tom-tom beats of the African Sahel, echoes and influences of North African, Arabic and Andalusian (flamenco), modern blues, jazz and reggae. A mosaic of sounds that creates music deeply rooted in the culture of Sudan, yet influenced and shaped by many other genres; the result is something very spectacular. This is a unique and one off trio performance following Rasha’s appearance at the Festival du Monde Arabe de Montréal earlier in the week.