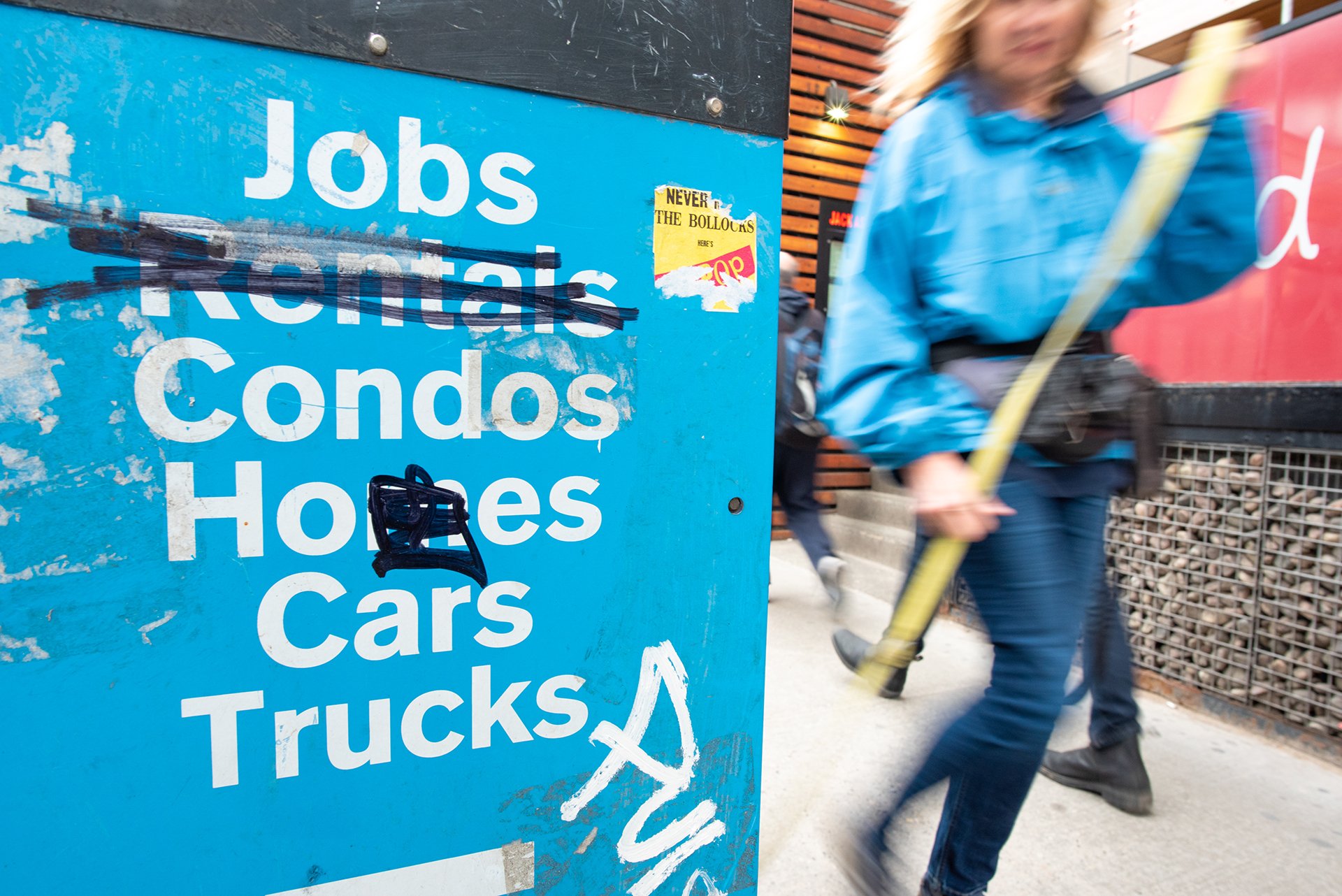 With the swipe of a marker, sweep of a paint brush or twirl of a screwdriver, words are easily covered up or taken away from the city. Glossy ads may urge us to look ahead to the new, but that which has been removed often lingers in our hearts and minds. ‘Redacted City’ is a photo exhibition by Henry VanderSpek featuring Toronto street scenes where words have been covered up or removed due to redevelopment or by street artists playfully expressing themselves. The images in this exhibition were captured over a period of ten years, using both digital and film cameras. Viewers are invited to consider what has been erased and to ponder what lies ahead for this redacted city.