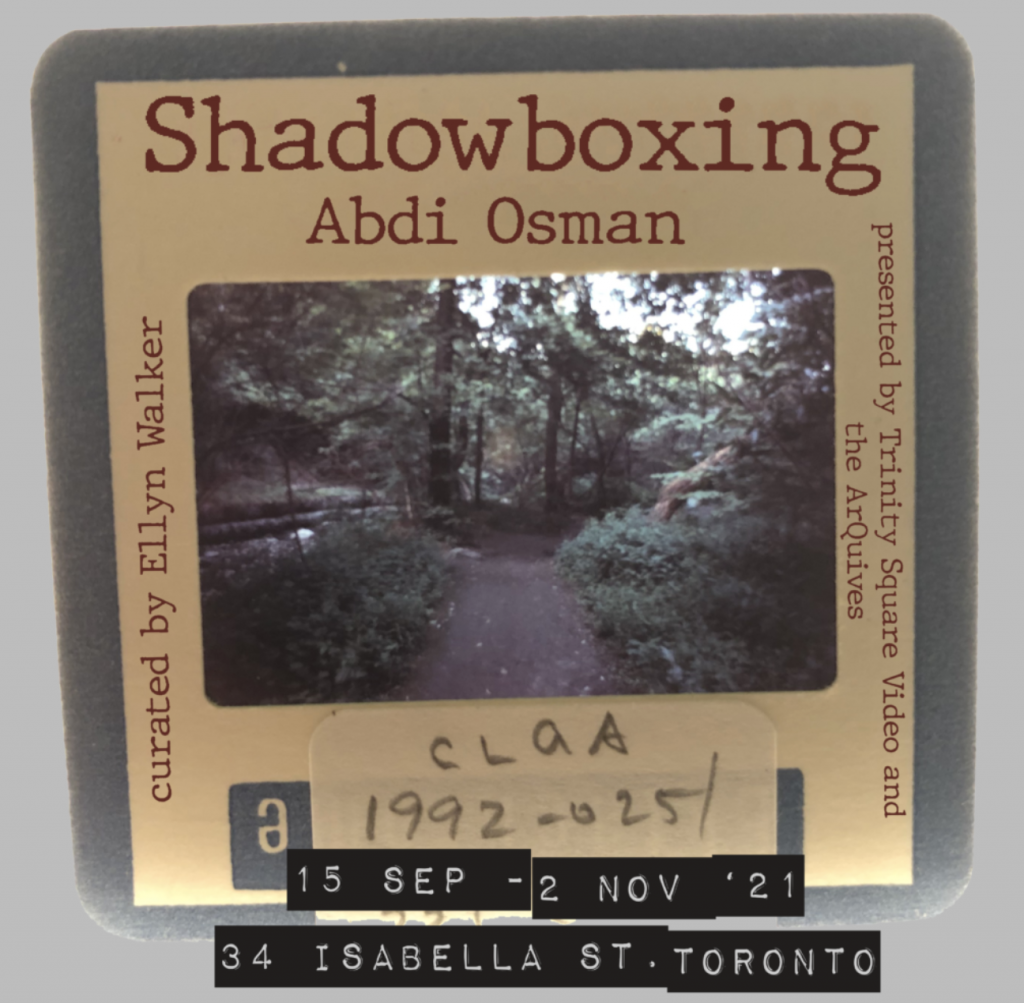 Within the shadows of some of the more well-known sites of queer cruising – public parks, back alleyways, and bathroom stalls – connections importantly take shape that defy impossibility. Cruising is an otherwise encounter created between individuals who, despite the increased surveillance and targeted policing of these sites, live, gather, and dream otherwise.

Shadowboxing (2021) is a public installation by Toronto artist Abdi Osman that builds on his ongoing research surrounding the gaps between experiences and representations of queer cruising, space- and place-making in the city. Visible to pedestrians without being in direct sightline, a projection of lush green park environments documented by Osman from sites across the city appears from the upper window of the ArQuives’s building – a heritage home located in what is considered Toronto’s gay village. Osman’s holdings and records of queer, locational fortitude speak to the countless compounded sites around us where bodies have forged connections in time and space in spite of continued realities of homophobia, racism and white supremacy that exist in Toronto, and beyond.

The projection is augmented by an online audio work that features local oral histories about queer cruising from the perspectives and experiences of Black, queer, and trans community members, as recorded by the artist.

Through the metaphor of shadowboxing as a relational, defensive, and precarious state, this public art installation invites viewers to consider some of the shifting conditions in which queer connection takes place. In this way, shadows offer and represent radical spaces, involving environmental and bodily negotiations that are always site-specific.