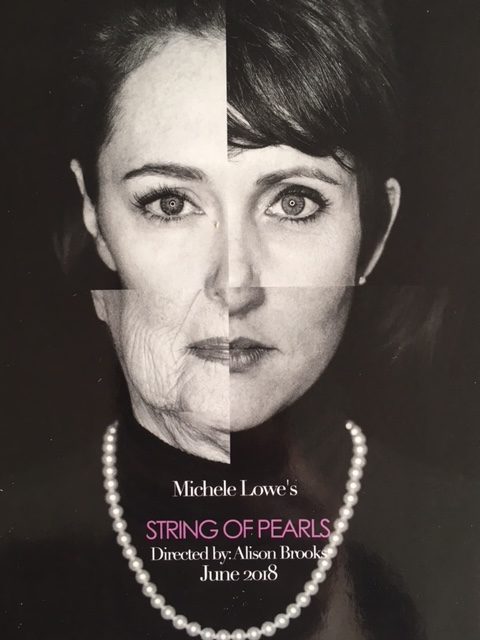 A pearl necklace passes from one character to the next, the audience is taken on an intimate journey that spans several decades and generations from the 1960s to the present day. Alongside the pearls, the audience is an essential element within the storytelling as the bearer of treasured revelations and confessions through an affectionate break of the fourth wall. Four exemplary and talented actresses, in their 20’s, 30’s, 40’s and 70’s, play the 27 women that tell the story of the pearl necklace. Each character requests the audience to be their confidants
through rich monologues, simultaneously heartbreaking and hilarious. They share their histories of lost love, betrayal, lust, birth, and death; sexuality, racism, dementia, and immigration.

String of Pearls is everything Indie Theatre promises with the caveat that it is told from the female perspective by an all female cast. At times uncomfortable but always truthful, it pushes boundaries by highlighting society’s opinions of women in different roles, from various economic backgrounds and from a variety of cultural identities. Both timeless and timely, this production is an action based response to the #metoo movement, but ultimately offers an insight into individuals and why they make the choices they do.