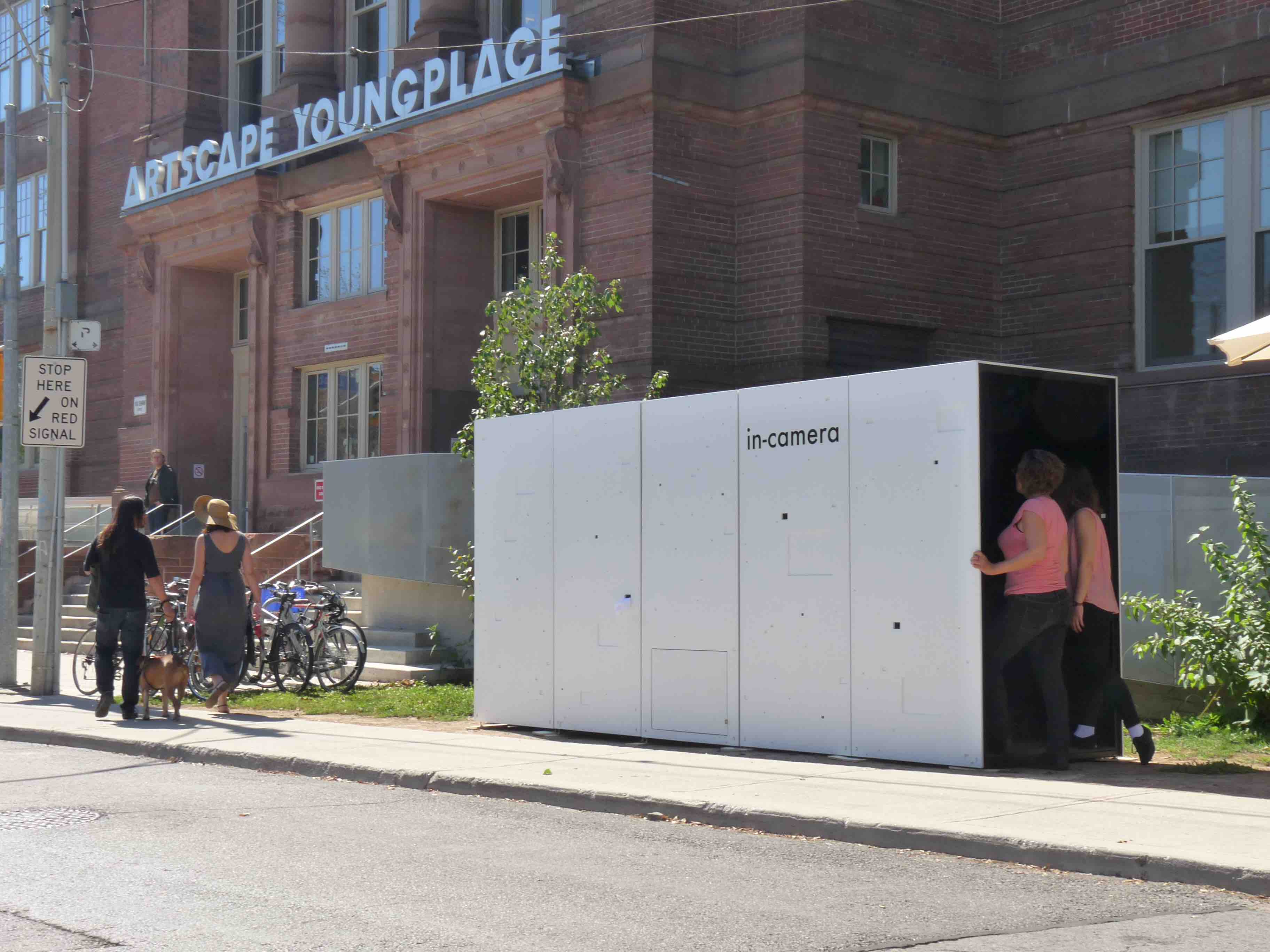 From September 10th—20th, the Situated Cinema will travel to three Toronto locations, hosted by the Toronto International Film Festival®, 8-11 Gallery and Artscape Youngplace. As it travels, the architectural structure of the cinema will intervene in the city, creating unexpected situations where chance encounters and dislocated spaces forge new relationships between the spectatorial body and the urban landscape. Inseparable from its context, the Situated Cinema Project;in-camera explores intersections of film and architecture through a rejection of conventional cinematic representation,reinventing the cinema space as temporary and mobile.

On pilgrimage: “Drawing on issues of memory, decay, palimpsest and the rubbing together of archive, fiction and situations, pilgrimage was constructed from found strips of 8mm amateur footage that the artists gleaned together during a residency in Sydney, Australia. The original footage—a tourist’s voyeuristic, filmed impressions of a pilgrimage in a crowded urban space, where the faithful painfully stumble before the entrance of a temple—was reworked using an optical printer and other hand-made techniques. It is presented as a 16mm loop in the Situated Cinema, which is particularly resonant, as the ephemerality of this analogue, mobile cinema reframes the presence of the spectators; watching while watched in an experimental architecture and in urban space.” (Nagler/ Larose)