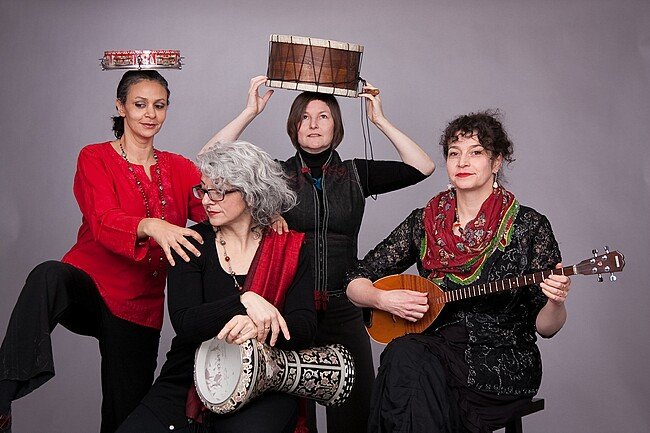 United by long standing friendships and a love of singing, Brenna MacCrimmon, Maryem Tollar, Sophia Grigoriadis and Jayne Brown join forces to celebrate the stories of life through song. Their curiosity and insatiable thirst for musical experience has led to explorations of song traditions from the Middle East and Turkey to Greece and the Balkans. Apart, they have been collecting, performing and recording traditional repertoire – both as solo artists and as members of numerous bands – for over 30 years, lending their voices to films, theatrical productions and multiple Juno-nominated recordings. As the recently formed Nazar-i Turwaz, they have been sharing and exploring this repertoire, creating their own adaptations and cultivating a sweet sonic union that is unstoppable.