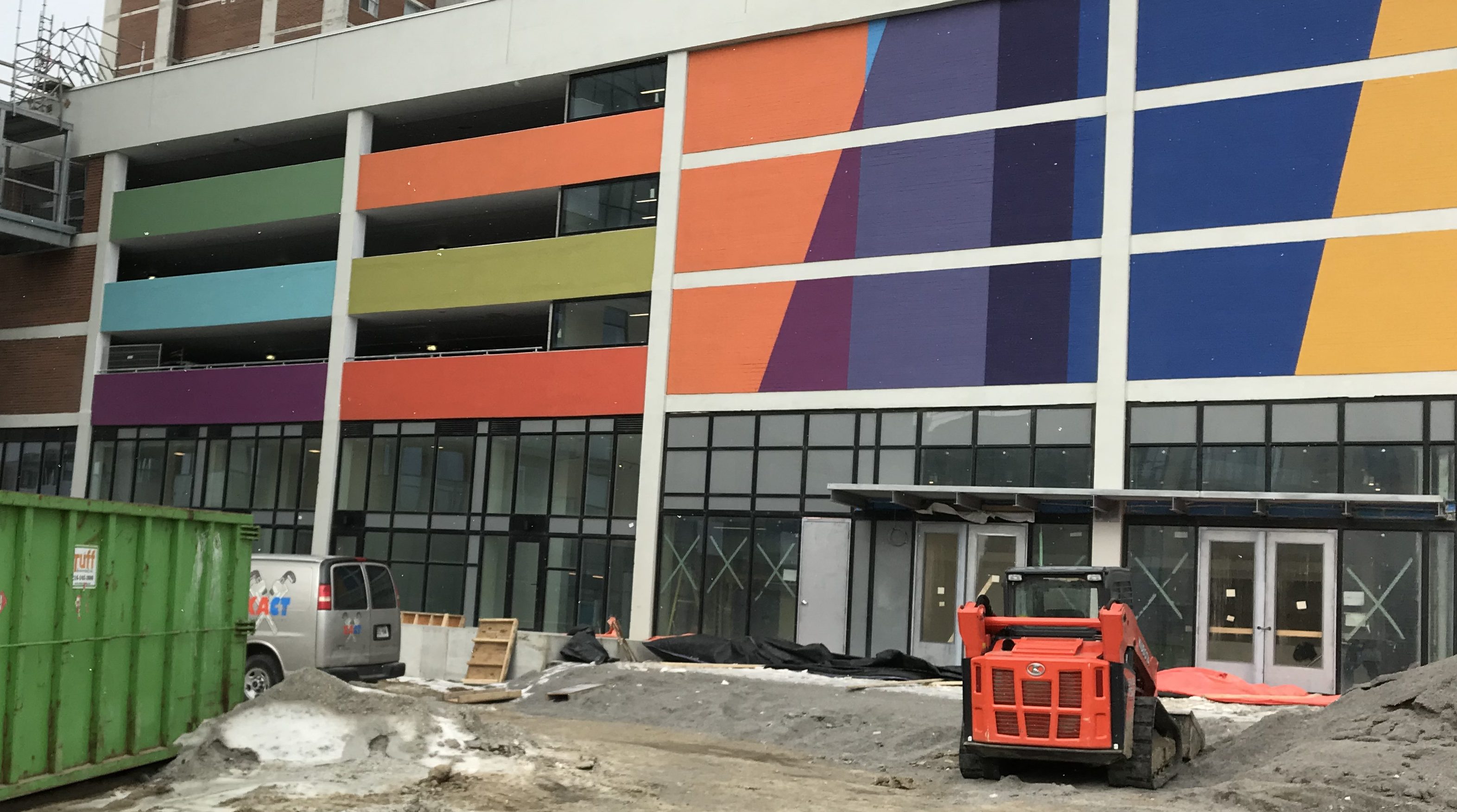 As we continued putting the finishing touches on our newest community cultural hub project in the Weston-Mount Dennis neighbourhood this month, Artscape was excited to begin welcoming a new group of artists and their families into 26 newly built live/work studios at Artscape Weston Common.

Thanks to a partnership with the City of Toronto’s Affordable Housing Department, these one- and two-bedroom units are part of the community cultural hub, which is poised to become a focal point of this neighbourhood. The hub will not only provide homes for local artists, but offer a showcase for local arts and culture.

These affordable housing units are part of an exciting new community cultural hub that is set to become a focal point of this neighbourhood in the coming months.

Artscape Weston Common, being developed with the support of the local community, the City of Toronto and the Rockport Group as part of a broader community revitalization effort in this neighbourhood, is Artscape’s first creative placemaking project in Toronto  located outside of the downtown core.  Creative placemaking is the practice of leveraging art and culture as a catalyst for urban and community development.

Artscape operates over 100 affordable housing units across the city of Toronto, making Artscape Weston Common another example of how urban development that is inclusive of arts and culture can support social, cultural and economic community revitalization beyond Toronto’s core.

Caregiving is an immense job for adults, let alone children who are required to care…

National Day for Truth and Reconciliation

In order for us to engage of the process of reconciliation, we must educate ourselves…