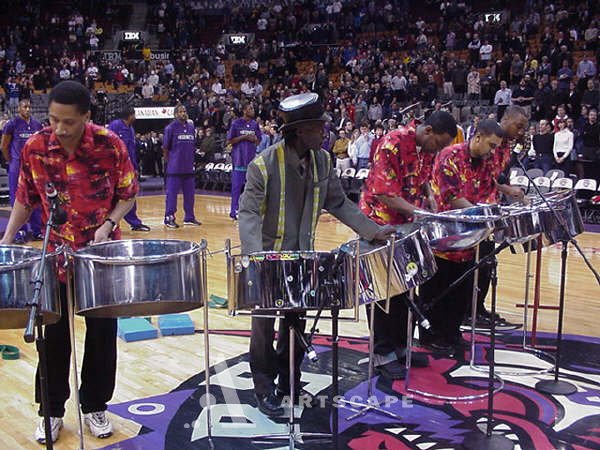 The Pan Piper of Toronto

The universal appeal of Shaqq’s Steelpan music is evident in the wide variety of his clients and events which includes, 2010 Vancouver Winter Olympics, Commonwealth Games General Meeting in Canada, the NBA, where he performed with Pan Fantasy Steelband on the American and Canadian anthems at a Toronto Raptor’s Basketball Game. TIFF 2012 performing at the Royal York Hotel. The introduced kareoke tracks with the steelpan to TTC musicians as a Busker in 1994. Also appear in movies “Down came a Blackbird” Bleechers Bums among others. 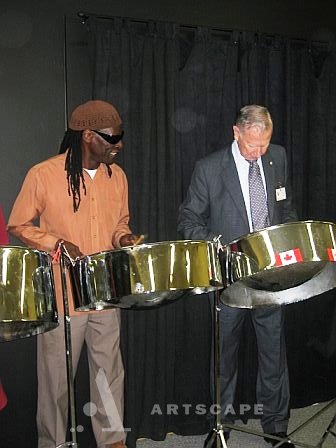 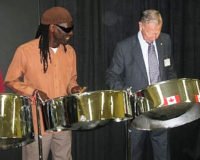 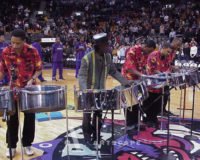