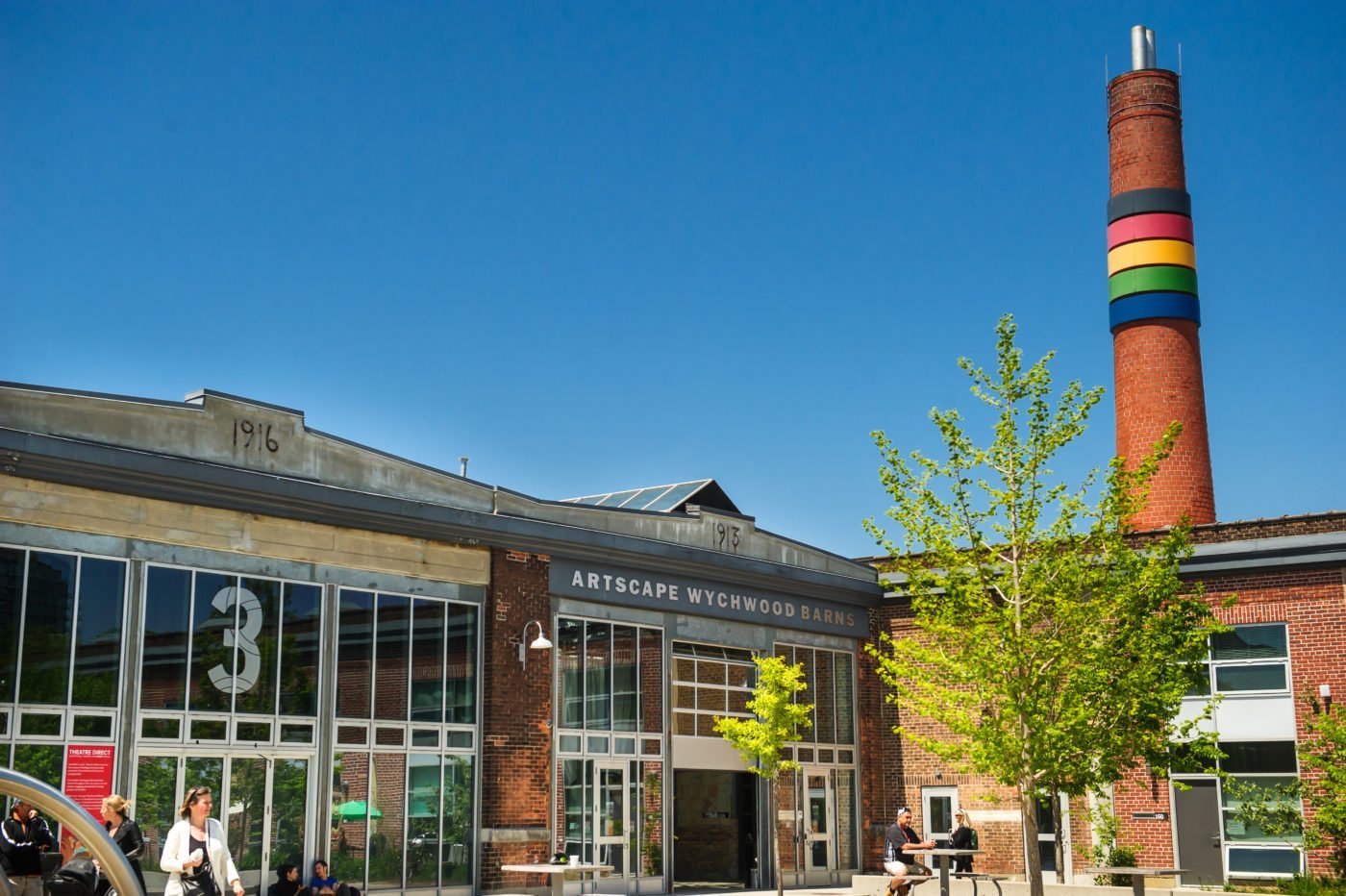 An article by John Lorinc published by the Globe and Mail on Saturday July 25 under the headline Escape from Artscape paints a distorted picture of Artscape that is grounded in many significant factual errors and misrepresentations. It cites a number of unrelated challenges at one of Artscape’s properties in an attempt to establish a narrative about the organization not managing its responsibilities as a landlord. In the article, responsibility for the challenges mentioned is wrongly attributed to Artscape, issues are sensationalized in an irresponsible way, and the solutions that are in the process of being implemented are either downplayed or ignored.

The primary example used by Mr. Lorinc to discredit Artscape as a landlord relates to the recent discovery of lead dust residue on the roof joists in a number of the live/work units at the Artscape Wychwood Barns. The article implies that the remediation of this issue was “ordered by the City of Toronto” and was “Artscape’s responsibility under the terms of its council-approved lease.” The fact is that the City of Toronto was responsible for the remediation of the Barns prior to Artscape taking possession and renovating the premises. The City of Toronto organized and paid for subsequent lead paint remediation in 2009 and 2015. As owner of the building, the City manages the Lead Management Plan for the site. The discovery of a small amount of lead dust that was missed in previous remediation efforts of the site is unfortunate. There is no basis whatsoever to imply that the recurrence of this issue has anything to do with Artscape’s performance as a property manager.

Mr. Lorinc notes that “samples taken from roof joists above several apartments showed lead levels well in excess of U.S. Environmental Protection Agency standards used by Canadian consultants, including one unit where a dust wipe revealed concentrations 56 times above the limit.” This statement is both factually wrong and highly inflammatory on a sensitive matter of public health. There are no standards for lead dust levels on roof joists in in the U.S. or Canada. The standard measure for testing lead in residential areas involves sampling levels on floors and window sills, in other words, surfaces that people come into contact with. Test results for floor samples taken over five years in the residential units at the Barns have all had lead levels below the American standards. Toronto Public Health has stated that the risk of being exposed to lead at the Barns is low and therefore the risk of negative health effects is also low.

Another knock against Artscape’s management according to Mr. Lorinc relates to a recent property tax assessment at the Barns. For reasons entirely beyond Artscape’s control, it has taken seven years to settle the amount of property taxes owed for the Barns with the Municipal Property Assessment Corporation. Mr. Lorinc incorrectly states that Artscape received a tax arrears bill for $350,000 and “informed tenants they would have to pony up.” In fact, through active management over many years, Artscape was able to get large portions of the Barns including the live/work spaces declared exempt. Tenants renting offices and artist studios are required to pay commercial taxes, but Artscape has relieved them of $250,000 of this burden and financed payment plans to assist its tenants in meeting their obligations. The gross leasing rates for Artscape Wychwood Barns, including increased taxes, are 56% of those for comparable properties in the area. Artscape made the Globe and Mr. Lorinc aware of the assistance it is providing but they chose not to include this information in the article.

Mr. Lorinc claimed during an interview with Artscape CEO Tim Jones that he had heard that nothing had been done to address sound transfer issues between residential units at the Barns. Mr. Lorinc’s article quotes Mr. Jones’ comment at the time, “it has taken a long time to get expert advice and to be honest we are not there yet.” Mr. Jones also subsequently provided the Globe with evidence demonstrating that Artscape has done, and continues to do significant work to address this issue. This information was omitted from the article.

Artscape board and staff are motivated by a desire to support artists by creating the infrastructure and other conditions that allow them to thrive. Our work as a landlord requires relentless problem solving and building shared value out of competing and conflicting interests. We strive to be the best landlord given sometimes challenging circumstances.

Issues relating to environmental remediation, property taxes and sound transfer are standard fare in the property management business. Artscape does not pretend to be perfect and there are some things at Artscape Wychwood Barns we would do differently in hindsight. We have apologized where we have made mistakes and we have made it our practice to learn from them. The Globe has relied on innuendo rather than facts, glossed over our efforts to solve the problems and then failed to report on the solutions Artscape is in the process of implementing. We are deeply disappointed with this article and believe it to be inconsistent with the high standard of journalism for which the Globe and Mail strives.