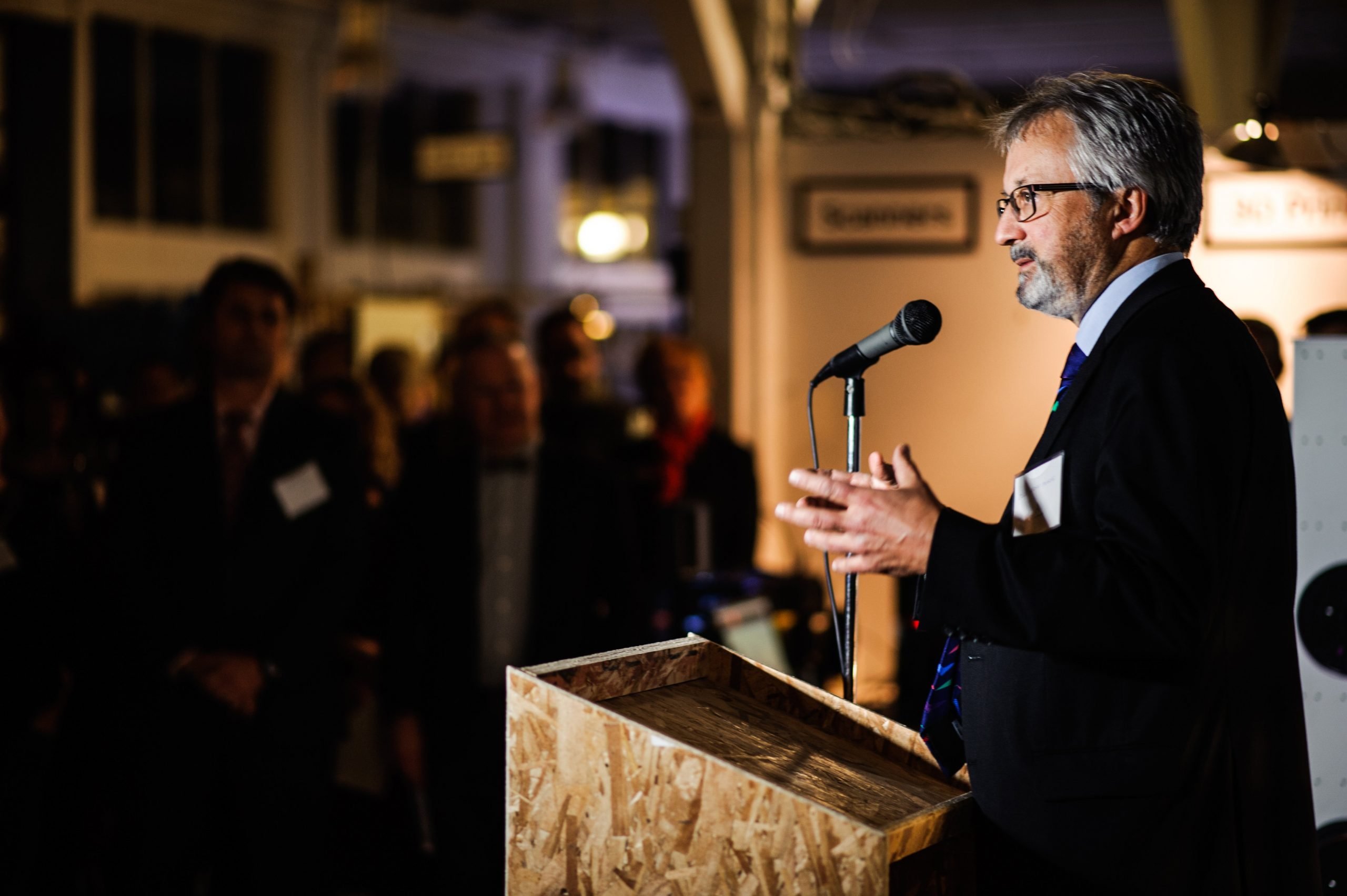 At a launch party in Vancouver last night with over 150 guests from the arts, urban development, government sectors and philanthropic community, Artscape celebrated the inauguration of its first affiliate organization, BC Artscape, and the funding partnership that will allow the new organization to take root in British Columbia. A total of $900,000 in preliminary start-up capital has been confirmed: $700,000 from funding partners the City of Vancouver, The J.W. McConnell Family Foundation and Vancity Community Foundation and $200,000 in pledges from unnamed sources.

BC Artscape will be based in Vancouver, where Artscape has an eight-year history of involvement, starting with having been engaged by the City of Vancouver in 2007 to assist with the development of its Cultural Facilities Priorities Plan. BC Artscape will have a local staff and Board of Directors—recruitment is underway along with a search for a president.

BC Artscape marks the first expansion of Artscape, which is based in Toronto and has made a significant impact in this city since 1986. “Vancouver is a fantastic place to launch our first major expansion into another market,” said Artscape President and CEO Tim Jones. “We are humbled by the level of enthusiasm and support we have received, and excited about the many project opportunities that are emerging.”

The funding for BC Artscape comes from three generous funding partners proud to help establish a platform for accelerating cultural facility development in Vancouver and beyond.

“The City of Vancouver’s role as a founding partner in the launch of BC Artscape once again shows City Hall’s deep commitment to supporting artists and our world-class arts and culture community,” said Vancouver Mayor Gregor Robertson. “BC Artscape is an exciting new addition to our vibrant and fast-growing creative sector. Vancouver is home to the most artists per capita of any major city in Canada, and this new initiative will help meet our city’s high demand for affordable new spaces for local artists and entrepreneurs.”

“The J.W. McConnell Family Foundation is proud to partner with the City of Vancouver and Vancity Community Foundation in enabling Artscape to initiate its program in British Columbia,” said Stephen Huddard, President and CEO, The J.W. McConnell Family Foundation. “The launch of BC Artscape holds national significance as the organization seeks to share lessons in ’creative placemaking‘ with an emerging Canadian network of social entrepreneurs in this field. We look forward to seeing the community transformation that will arise.”

“We are very pleased to collaborate in this effort that will enhance the ability for non-profit organizations to more directly engage in and benefit from real estate developments in our region,” said Derek Gent, Executive Director, Vancity Community Foundation. “Creative placemaking is a powerful concept that we believe our community can use more of.”

The new independent affiliate organization will develop creative placemaking projects in British Columbia and provide mentorship and coaching to support independent, small-scale initiatives, all based on the unique approach of 27-year-old Artscape. BC Artscape will address the unique issues, challenges and opportunities in British Columbia’s multi-dimensional arts and cultural community. Despite the high price of real estate, BC Artscape is already exploring six capital project opportunities in Vancouver and has started to discuss the potential of creative placemaking with communities in the Greater Vancouver area.

BC Artscape will focus its development activities on projects of scale (30,000 square feet or more) while also supporting smaller, independent initiatives through a mentoring and coaching program that will prioritize affordable space for creativity and community transformation objectives. The application process for this program will be launched in January 2015 at www.bcartscape.ca. Selected participants will work closely with Artscape’s senior specialist staff in building capacity in project vision development, business planning, market testing and feasibility analysis, operational development and management.

Find the full press release in PDF on our site under Media.

‘Tis the Season for a BAM! Holiday Market!

It's (almost) the most wonderful time of the year! We can't wait to celebrate the…